Have you ever played Demon Souls? What about Dark Souls or Bloodborne? Salt and Sanctuary takes some of the mechanics from these games and uses it to make Salt and Sanctuary the game it is today. So the topics i will discuss about the game you will probably recognise from the above mentioned games. If you love hard games then Salt and Sanctuary is the game for you. The latest update has fixed a lot of bugs, the game is running very smoothly as of writing this review. I hope you enjoy all that the review has to offer.


Salt and Sanctuary is a very difficult 2D platformer in the vein of the Souls games, There are some elements from Bloodborne too. The setting is a dark medieval fantasy world which looks hauntingly similar to Castlevania, it is metroidvania just like Castlevania is. That is the main thing that drew me into Salt and Sanctuary the castlevania feel and look of the art style. When I mention the word 2D you automatically think “oh it’s a short game” that is wrong on so many levels, despite being a 2D world, the map size is actually pretty big, if you look on google you will see the actual map of Salt Sanctuary. Much bigger game than you think. Gameplay will set you back between 15-25 hours depending how you want to play, if you want to do a lot of farming for levels than you will spend a lot of time grinding.

Ok at the start of the game you can customise the appearance of your character, pick male or female, then choose his or her looks. Then you get to pick a class, there is a good variety of classes to choose from Knight, Hunter, Paladin, Assassin to name but a few. The game has “challenge” effects you can set it to none which is default. But if you are feeling sadistic you could set it to hardcore, or even worse you could pick out no healing, if you choose this there will be absolutely no healing potions in your playthrough. Experiment with the different effects and see what you can cope with. The game is quite challenging on it’s own without the extra effects, but I have heard players complain that even the likes of Demon Souls and Dark Souls is far too easy. That is why we have games like Salt and Sanctuary to challenge and satisfy those gamers. 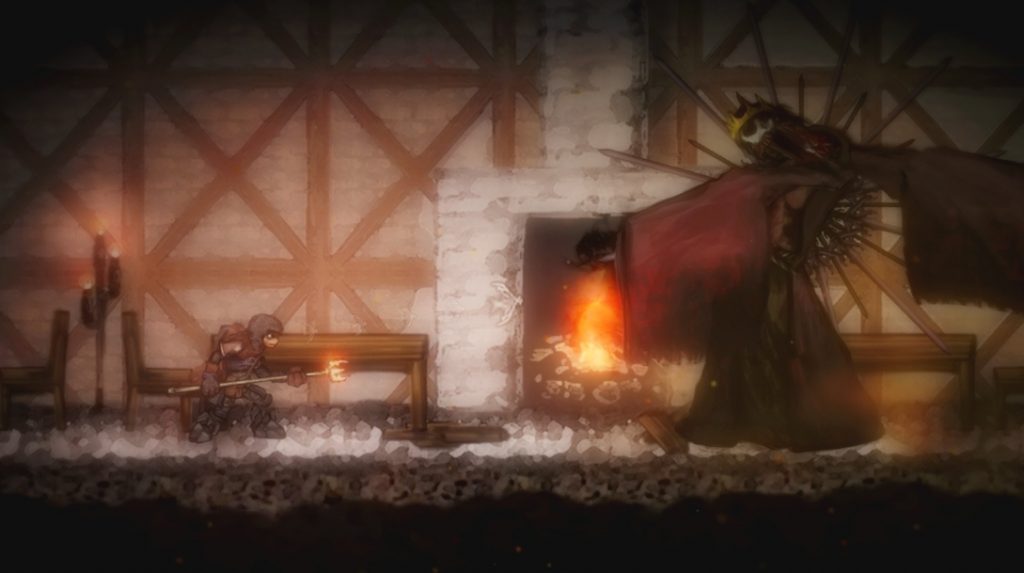 Ok the next important thing is Creeds The game offers you a choice of three Creeds upon meeting your first NPC on Shivering Shore. The first three are Devara’s Light, The Three, The Iron Ones. There are a total of seven creeds in the game, You can find the others by exploration, you will often find them in sanctuaries. The Creed you choose also affect’s the ending of the game, So to see other endings you may have to replay the game multiple times for the the platinum run. Also being a member of a Creed also bestows upon you certain benefits. So the bottom line is Creeds are kind of like factions. You can choose to leave a Creed and join another Creed. If you didn’t like a Creed you joined you can of course go back to your previous Creed, but first you have to find an absolutionist first and pay to repent your sins. A word of warning though, if you chose to leave your original creed you will be classes as an apostate, hence the need to repent your sins.


The next important part of the game is Sanctuaries. These are your safe havens and when you die you will respawn at your newest sanctuary. If you have played any of the Demon Souls game, You will recognise this mechanic from the games. In a sanctuary you can make an offering, do do that you will first need to find stones, Sellsword stones offer the opportunity to play couch co-op on the same screen if you have a second controller. The Blacksmith Stone will allow you to buy new weapons or upgrade weapons if you have locks of hair or Soldier’s poems, I will explain those shortly. Merchant stones will let you buy or sell wares, Cleric stones offers you prayers. You can also fast travel to other sanctuaries provided you have visited and claimed the sanctuaries. 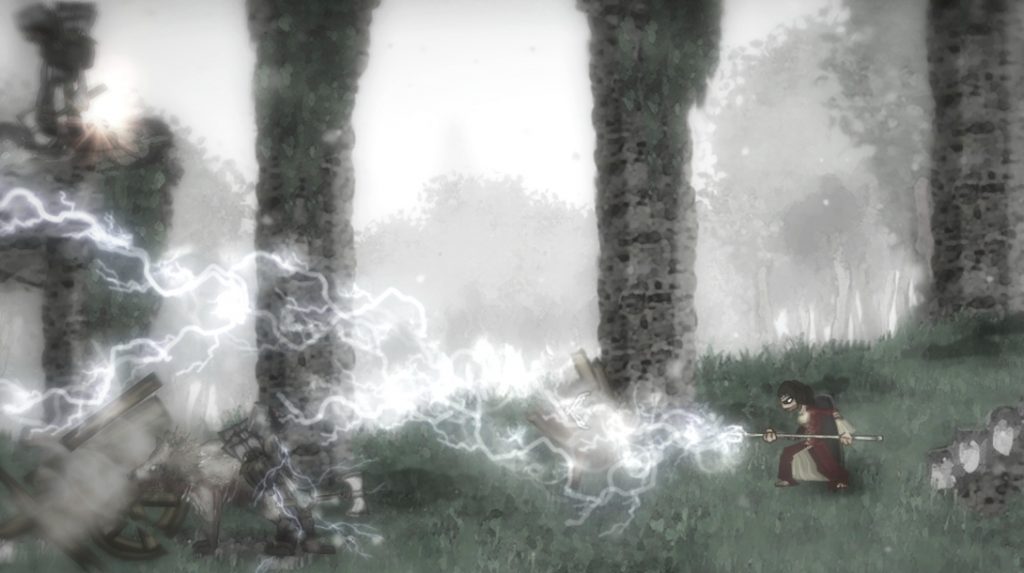 The Levelling up system is pretty big for a 2D platformer, I was mesmerised at the sheer size. Not only that but the skill grid reminds me a lot of Final Fantasy 10’s Skill tree, difference being the grid is far bigger in Salt and Sanctuary. you can use salt to pay for a level up and that gives you a black pearl to buy skills with. With each level up the price goes up. Each time you earn a black pearl the skill nodes that are available turns purple for you to choose one. You can of course find black pearls through exploration. I have two so far on my playthrough, They appear to be pretty random. 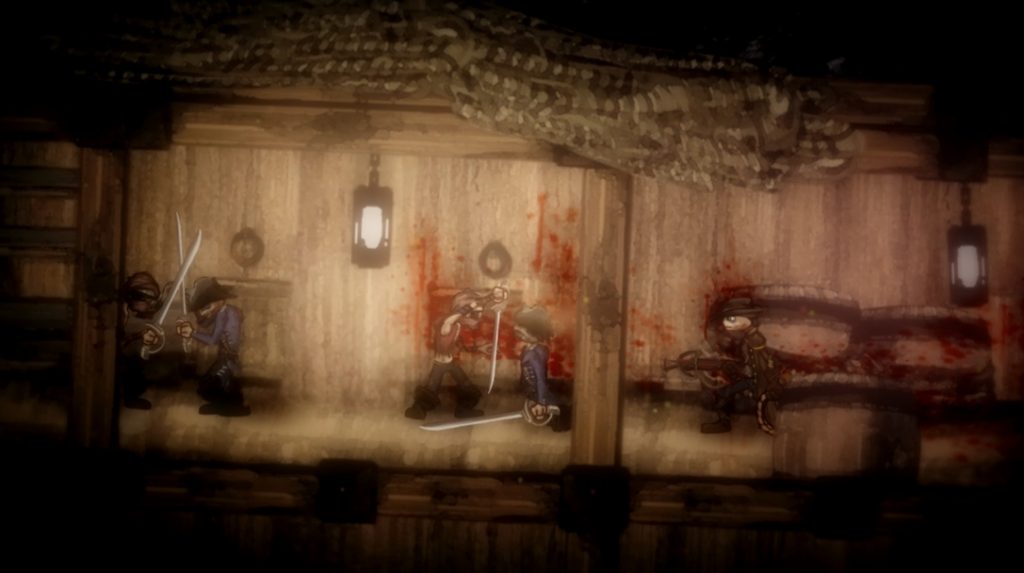 Speaking of Random, locks of hair and soldiers poems are needed for weapon and armour upgrades. You can find these from foes you defeat or even in chests, but it is soooo random and hard to find, it took me 2.5 hours just to find 1 lock of hair! Blacks smiths are paid in locks of hair or soldiers poems plus X amount of salt for upgrades. So farming these items will become a normal part of your playthrough as you progress through the game the bosses become increasingly difficult to vanquish, Upgrades are going to become your best friend.

You can also level up your devotion to your Creed by doing fetch quests, The max level of a creed devotion is 7, the fetch quests are really simple, but a time consuming endeavour because the enemy drops are really random, so the three drowned soldiers ears you need to complete 1 quest can take a while to complete like it did for me, maybe you can get lucky and get your quests done quicker than i did. but those are the sort of quests you can expect from each creed you devote to. 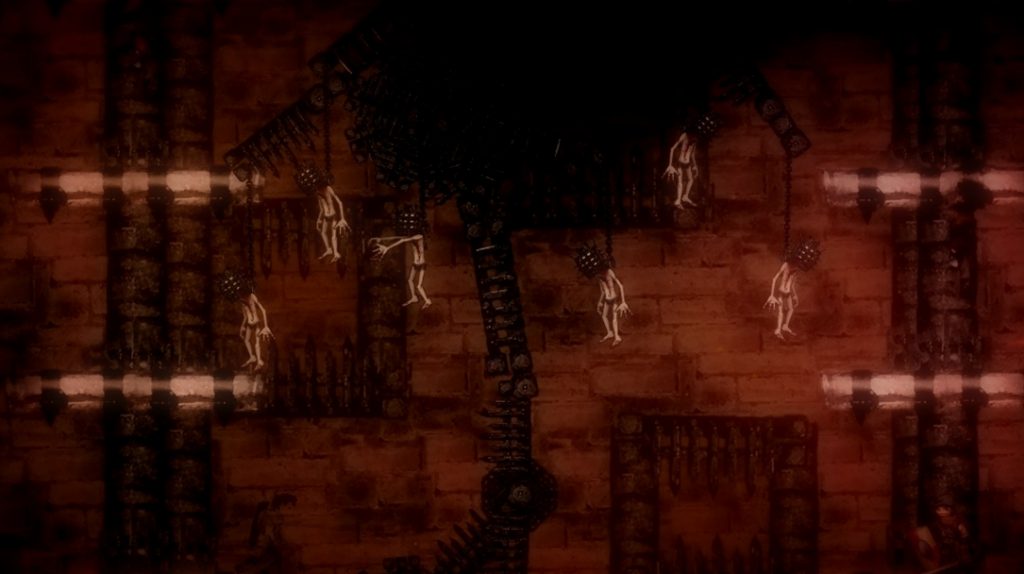 The combat in Salt and Sanctuary is brutal, at the start of the game you will find messages in bottles scattered all round the game, some offer combat techniques like how to dodge roll, which is an important mechanic, you need to dodge the attacks of the bosses at every available opportunity because they eat sizable chunks out of your health meter. In between bosses you have enemies that you can kill for salt and, money and they drop items which you can either sell for money or keep it to increase your creed devotion by doing fetch quests, which can only be completed by killing and collecting items dropped by the minions in the game. Some bosses are weak to some elements like fire, so it is worth purchasing prayers or such like to apply to your weapons to deal extra damage in the hope of making the vanquishing a bit easier. Every boss requires different techniques and thinking. If you die during a battle, you will lose X amount of salt, and be revived by a mystery cleric for X amount of gold. You will respawn at your newest claimed sanctuary. The good part is you can go back and try the battle again and if you finally manage to vanquish him, you will reclaim your lost salt. Sounds a little like Bloodborne no? If you struggle, you can always do some grinding for levels and upgrade your weapons a time or two, you will eventually beat him. 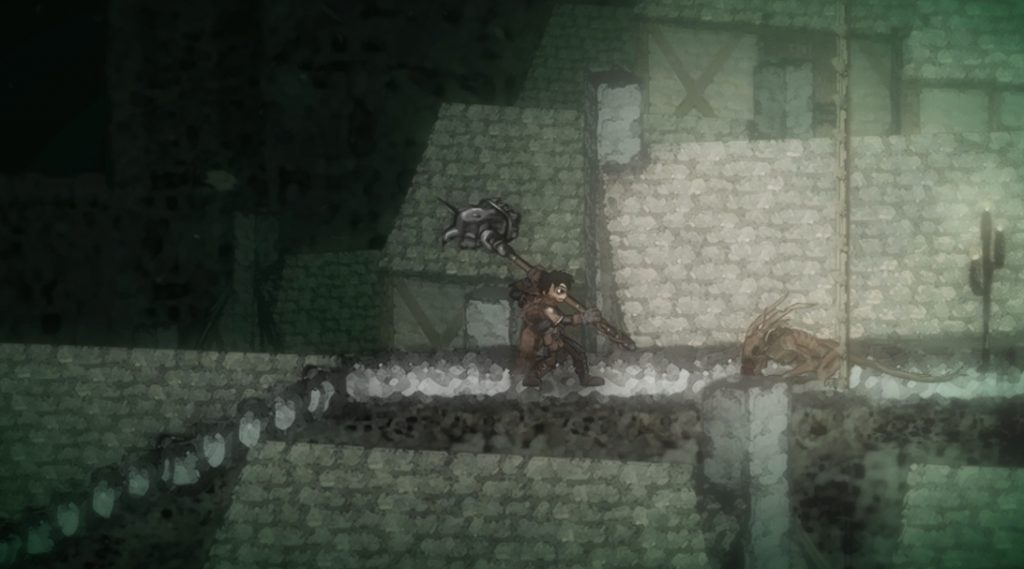 Despite the brutality of the game, I absolutely had a blast and poured in a good amount of hours, yes i’m struggling with defeating the bosses but that is part of the charm, It is a mix of the Souls and Bloodborne games, with a hint of Castlevania, and I LOVE the Castlevania games and that is what drew me in to Salt and Sanctuary primarily. An excellent game, definitely worth the time and the money. 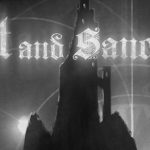 Hard to the bone