June 1984 when Tetris was originally released was a moment akin to the invention of the wheel. It was a moment that gave us a game that was perfect in every way due to its simplicity, its complexity, and everything in between. Since its inception, many have tried to perfect perfection, with varying levels of success. The latest attempt is from Steel Minion Game Studio in the guise of Piecefall, a 3D isometric puzzler. You are given an island with four grids, and each grid contains a patch of its land that is missing so your role is to fit the Tetromino pieces correctly to solve each puzzle, thereby restoring the land to its former glory.


Like Tetris, the premise here is simple and straight forward, but also like Tetris the complexity comes the deeper you delve into the gameplay. Yes, the comparisons to Tetris are obvious from the get go but the addition of 3D makes things a little more interesting as you find yourself twisting and turning the puzzle pieces in new ways you never could before, literally adding an extra dimension to the gameplay. 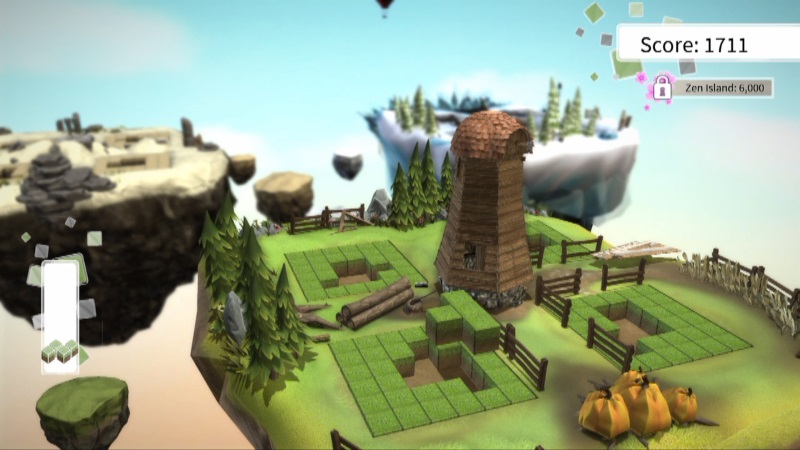 The controls work quite well but are somehow lacking at the same time. You use the right stick of your controller to rotate the pieces every which way, making sure the piece is facing the right way up as well as facing in the proper direction. You also use the left stick to move it either up or down or left and right. The X button or pressing down on the touchpad allows you to speed-drop the piece down into its current position. While the control works perfectly, problems arise if you have difficulty with depth perception. Piecefall is kind enough to assist you by using shadows to let you know where your puzzle piece will land but with a fixed camera it can sometimes be difficult to judge it perfectly and you once in a while might drop a piece where you did not mean to. Life would be easier if the touchpad were used to allow you to move the camera. It is possible to argue the fixed camera is integral to the gameplay as it adds an extra layer to how and where you decide to place your pieces, but this is what I got from my experience with the game.

While this being a puzzle game means there is plenty of room for frustration, Piecefall is actually a very relaxed experience – the music, and the pace of the game are solid. If you keep failing a puzzle and the game will politely offer you a hint…for a measly price but a price all the same. Ultimately the game does come across as lacking regarding its content. Yes, there are plenty of puzzles to partake in but you can easily accomplish them at a good pace and be done before you know it. But for the meagre price of $2.49/99p, this is a solid game put together by a handful of students from Sheffield Hallam University. 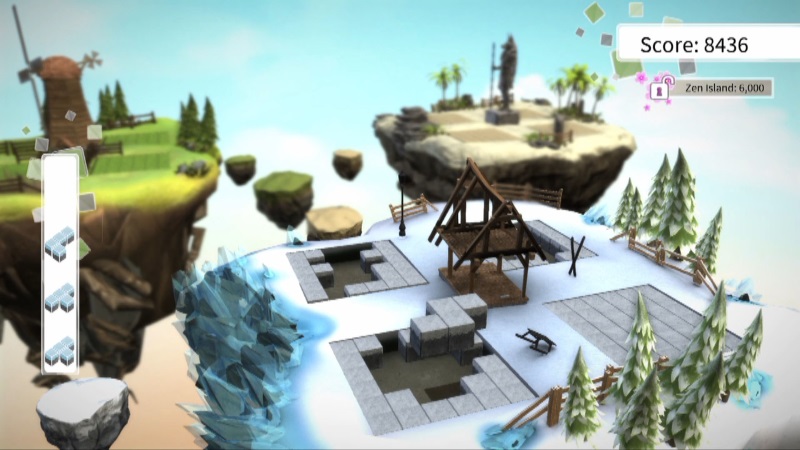 As part of PlayStation First, an outreach programme aiming to help student developers fulfil their potential, Piecefall is actually a very competent game. The visuals are remarkable, the gameplay is good and the music is fitting – it would be difficult to be truly critical if only everything was not a little bit underwhelming from time to time. Ultimately this is not a game that you will spend hours playing or even coming back to after the initial encounter but for a Tetris-style puzzle game, it is worthy of acknowledgement and a play.


This review is based on a digital copy of Piecefall provided by Steel Minion Game Studio.

Good, but could use some improvements for depth perception

Out Next Week – KOI