Agatha Christie: The ABC Murders is a great looking cel-shaded video game take on a beloved short story mystery classic from author Agatha Christie. As expected, players are placed in control of detective extraordinaire Hercule Poirot, who receives a peculiar letter challenging him to be ready for what will happen on the 21st of the month. As you might imagine, this sets up the tone for this release which is rooted firmly in the adventure game genre.

A few minutes in you’ll be able to control Hercule Poirot, moving him with the left analog stick and moving a reticule with the right analog stick to “point and click” your way through the many areas you’ll visit. If you are to solve this mystery, you must always be on high alert, reviewing all the data and clues available at each of the many locations you’ll visit. 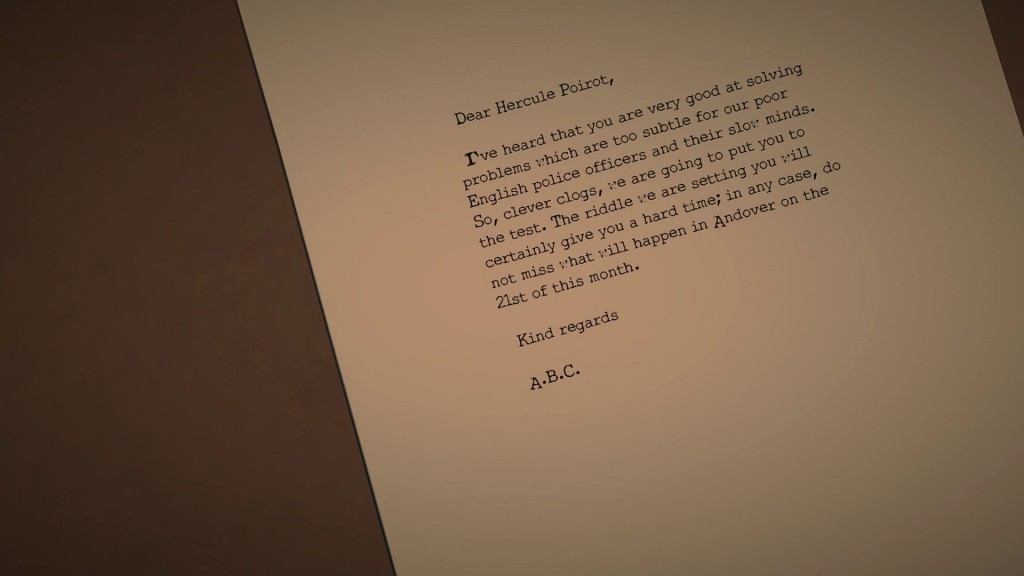 The first crime scene in Andover will allow you to get a good grip on how the game will progress. For example, you find Chief Inspector Japp, who you need to talk to, and after a short exchange, players will be tasked with finding clues on Japp that agree with Poirot’s assessment of the gentleman. Poirot realizes that Japp is too relaxed considering there is a murder to solve, so players need to use their power of observation (moving around the on-screen reticle) to find three clues that match Poirot’s point of view. As you move the reticle around the controller will start to vibrate as you get closer to a clue, and you must then leave the cursor on top of said clue for it to register (going back to the first crime scene, Japp has a slight smile, so players must zone in on his mouth).

On top of observation sections, you will also need to solve several puzzles in the game that require you to interact with objects. Sure, you must observe and rotate an object to see it from all angles, but you do this to find an element or two that can be inspected further, grabbed or activated to move things forward.

That’s all I can tell you about Agatha Christie: The ABC Murders before going into heavy spoiler territory, because half of the fun is finding more about the story and how each of the victims relates to one another, not to mention finding the solutions to each of the many puzzles you will run into as you search for clues that will allow you to “connect the dots,” so to speak, about the who, the when and the why of each murder.

Overall, you’re looking at around 7-8 hours with the game before the story is over. Trophy hunters should take note that, for some reason, this adventure game does NOT feature a full trophy list with a Platinum, which is very weird considering there’s more than enough content and puzzles for triggering a larger puzzle list, or that other games have featured a similar number of trophies (and a similar retail price!) and have indeed featured a Platinum trophy.


Disclaimer
This review is based on a copy of Agatha Christie: The ABC Murders provided by Microids. 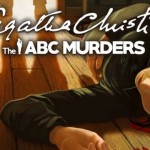 Chronicles of Teddy: Harmony of Exidus Ready For You On PS4!