Get ready to pull some sweet stunts and race to the finish as you try to beat the world’s best racers in high-speed and action packed challenges in Trials Fusion!


Trials Fusion is actually the first game from the series to launch on a PlayStation platform, but boy was it worth the wait. The main focus of the game navigating a crazy terrain on a stunt bike and making it to the end. There is a caveat though as you need to get through in a certain time to obtain a medal and compete against your friends’ top times online.

When I reviewed it a few years ago I really liked the game – It was fun, fast, the physics felt great for the game. The early levels were a breeze after a few tries and up until about the halfway point you feel like you had mastered how the game worked. But then came the crazy hard levels – they were insane and you often had to use certain moves so you could build momentum and cross large gaps. It could get quite frustrating and there were times when it took 400 tries to get through a level! 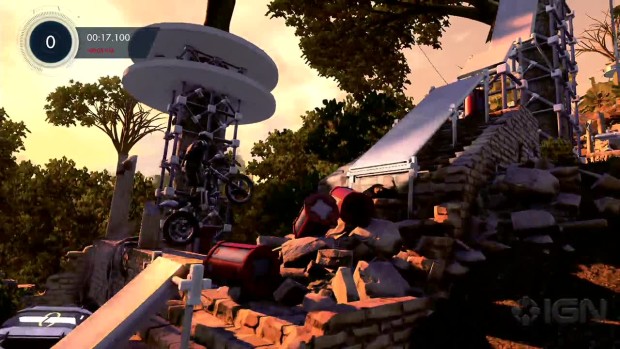 That being said it was super addictive and fun to play which is always a great recipe for a good time waster. The studio supported the game after launch with a big season pass that added almost as much content than with the original release, putting good value into it. So if you can pick up the entire package now it would be a pretty good deal for the content you are getting.

Finally, there is a mobile game for iOS and Android that came out at the same time, called Trials Frontier and it takes place in the same universe and playing it can net you some small bonuses for Trials Fusion, so be sure to check it out.