We’re currently working on a review for Randal’s Monday, so we figured now would be a good time to talk with Spanish indie developer Nexus Games Studios to chat about the game’s move to Sony’s PlayStation 4.

PS4Blog: Hi! Thank you for joining us. It’s time to get this started by having you present yourself to our readers. Could you please introduce yourselves and tell us a bit about your role at Nexus Games Studios?

We are Juanan and Toni, directors, designers, scriptwriters and animators for Randal’s Monday. We were the ones that started this project at a small and moldy garage before moving to Nexus.

We basically designed all the narrative and visual side of things as we patiently supervised the rest of the equation.


PS4Blog: How would you describe Randal’s Monday to someone who has never heard about the game?

Juanan: We tell the story of Randal, a loudmouthed guy with a penchant for grabbing things that aren’t his. He ends up falling victim to a curse that will force him to relive the same day over and over again, and to make matters worse, it turns out to be a Monday.

Toni: It’s an old-school style adventure game in every sense of the word: 2D graphics, classic point and click gameplay, absurd humor and challenging puzzles. The game is sort of an homage to the 80s and 90s games from Sierra and Lucas Arts. For those of you who are not familiar with adventure games, they are about developing a plot (in our case, a paranormal story full of humor) so that players feel as if they’re part of it, be that by talking to the characters or by using objects here and there to solve a sticky situation – basically they are making choices that are crucial to move the story forward.

All of it is done based on humor, as if it was a comedy on TV.

Toni: We worked on shaping up the story for over a year during our free time, which meant we could only work on the game for short burst of time.

We later rented the garage we mentioned and worked there all day (with no pay!) for almost two years. We finally released a trailer and Nexus showed an interest for the project. We joined the studio, and we worked for around a year and a half with them to finish it. To this we’d have to add another year of work to port the game to the PS4.

It has been a long journey, and we hope to live up to the expectations of console gamers. 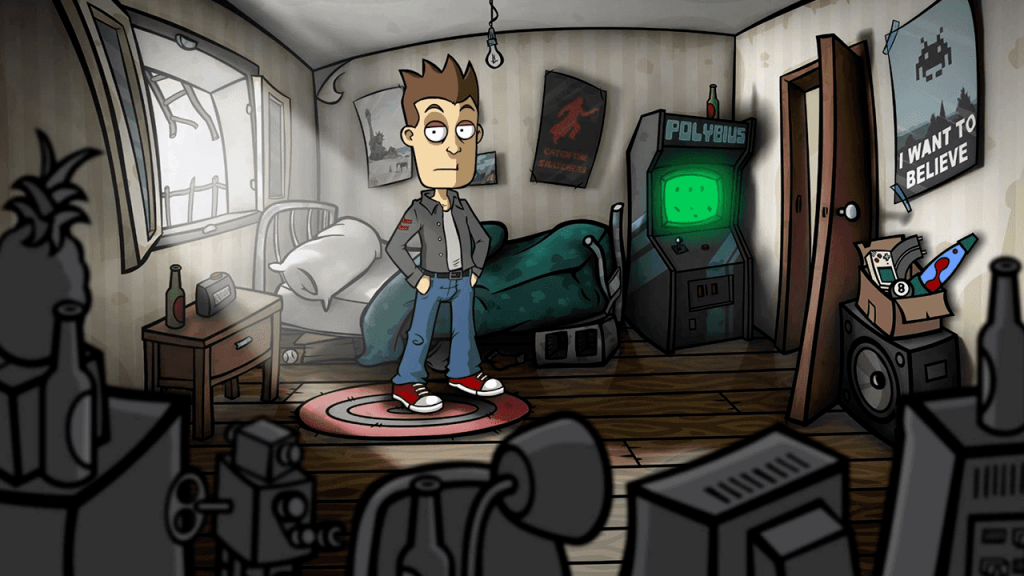 PS4Blog: Was any additional content developed for the PS4 version? What were the changes implemented for this new release of Randal’s Monday?

Juanan: The game is exactly the same, except for some small changes that are almost imperceptible for the average gamer (small things such as changing the word “click” for “press,” and stuff like that – we didn’t want to change the final product).

Gameplay remains in line with classic adventure games, even though we do have two control schemes (but both use a pointer): one focuses on those who want to play as close as possible to the old-school games of ages past, while the other is a bit more easier and direct for those who are new to the genre.

No matter the control scheme you select, the game continues to present a good challenge if you want to play it without using the hints system (trust us, it can be done!). 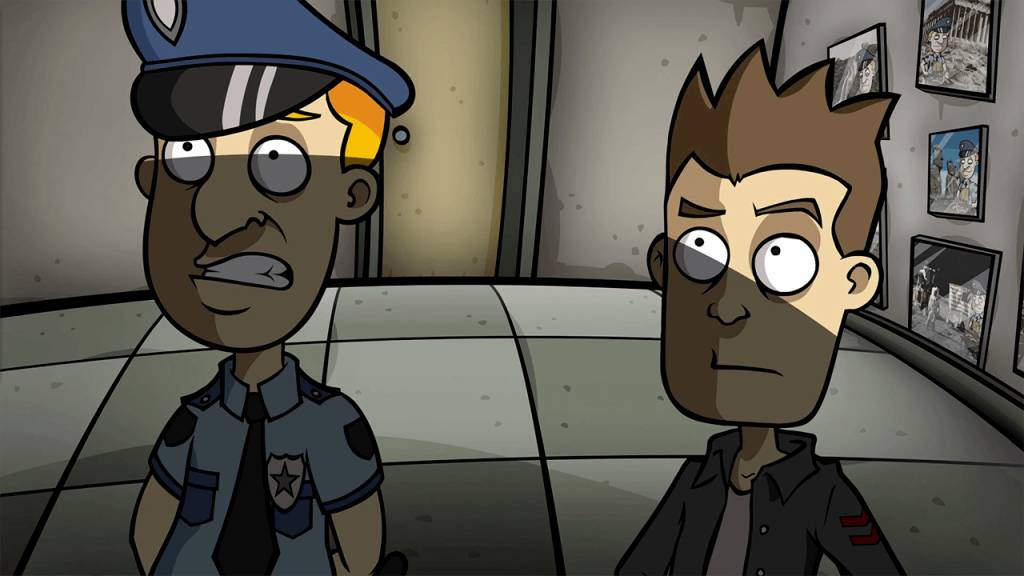 PS4Blog: How big is the game? How long will it take someone to complete Randal’s Monday?

Toni: As we’ve said before, it depends a lot on if players use or skip the hint system. We come from a time when we managed to beat some absurdly hard adventure games that Lucasarts released back in the 80s, and we did so without any hints or guides – and online guides were not a thing back then! We suffered a lot. Completing games such as Monkey Island or Maniac Mansion with no help could take you months, but nowadays players don’t have that patience. For them, we have implemented a hint system that will keep them from being stuck.

Juanan: Yeah, if someone decides to play that way, they will require around 10 to 12 hours (which on average is a lot for an adventure game!). But if you play Randal’s Monday in a retro state of mind (as we do), the game can literally take you weeks or months to complete. We are definitely pleased with the length of Randal’s Monday since it goes WAY over the usual size of games in the adventure genre.

PS4Blog: Now that Randal’s Monday is available on PS4, what’s your next project?

Toni: Well, on the programming side of things there’s a lot of work ahead of us since we’d like to see Randal on as many systems as possible: iOS, Android and on other consoles (on both portable and home consoles).

Juanan: And yes, we are also working on another game, but we can’t say more right now… except that it’s a new adventure game! We’ll be able to share more info on this in a few weeks or so. 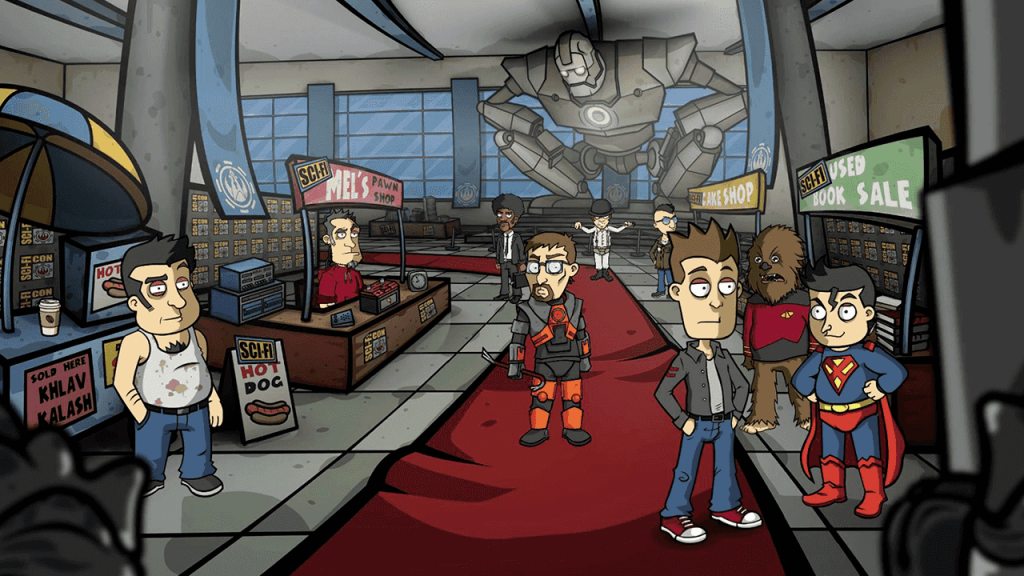 PS4Blog: Thank you for your time. Would you add to like anything before we go?

Juanan: It’s been a pleasure talking to you, and you know we are here if you want to talk about anything else.

Toni: We wanted to thank your readers, and to tell them that they please purchase Randal’s Monday on PS4! 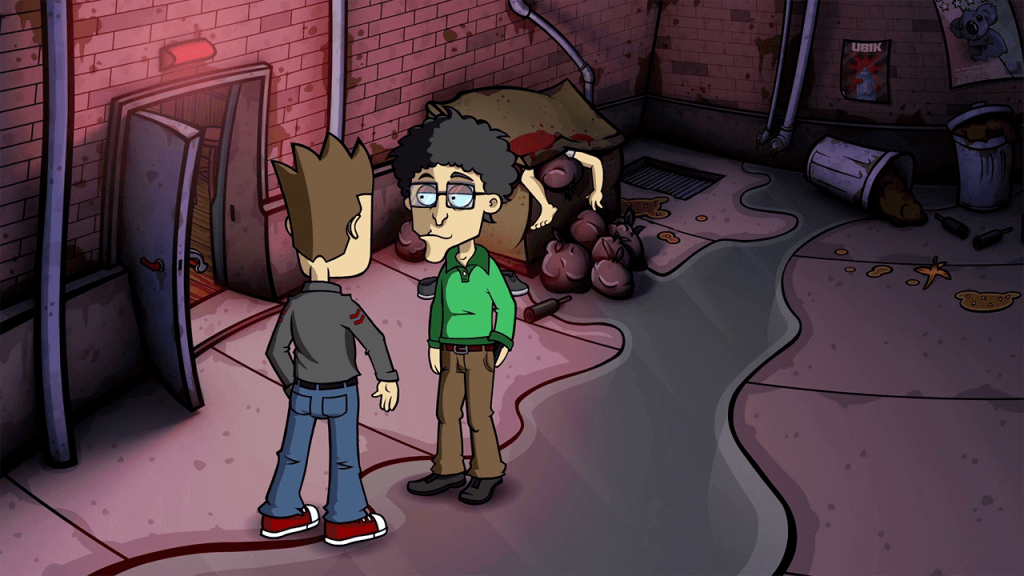