[PS4 Sci-Fi B Movie Review] The Deadly Tower of Monsters

Ah, the Sci-Fi B movie, such a lovely thing. What, with their low budgets that made them make the most of their available funds and the short shooting schedules. Most of us grew up watching these bizarrely hypnotizing productions, and many of them ended up becoming a guilty pleasure we return to every now and then. The Deadly Tower of Monsters is a clever homage to films of ages past, and it even presents itself as if it was a film and not a video game. Want to learn more?


The Deadly Tower of Monsters reaches us as the very best version yet ever thanks to the hard work done to revamp its look for its DVD release. Turns out we are lucky enough to have the participation of the film’s director to provide a commentary track with some lovely information on everything that went into creating this masterpiece. This commentary track starts right after the game loads, and it will follow you everywhere, even at the options menu.

The director will comment on everything, and I DO mean EVERYTHING. From how the actors managed to get into their costumes, to how they did the special effects by animating some monsters by hand either with the always fun stop motion technique, to actually having artists draw weird futuristic monsters and animating them frame by frame. You’ll also learn about how the sets were built, why there are giant ants, dinosaurs and monkeys running around on the bizarre planet the movie takes place in, or how all the resources mysteriously disappeared after the actors got too close (they were teleported somewhere else, of course!). 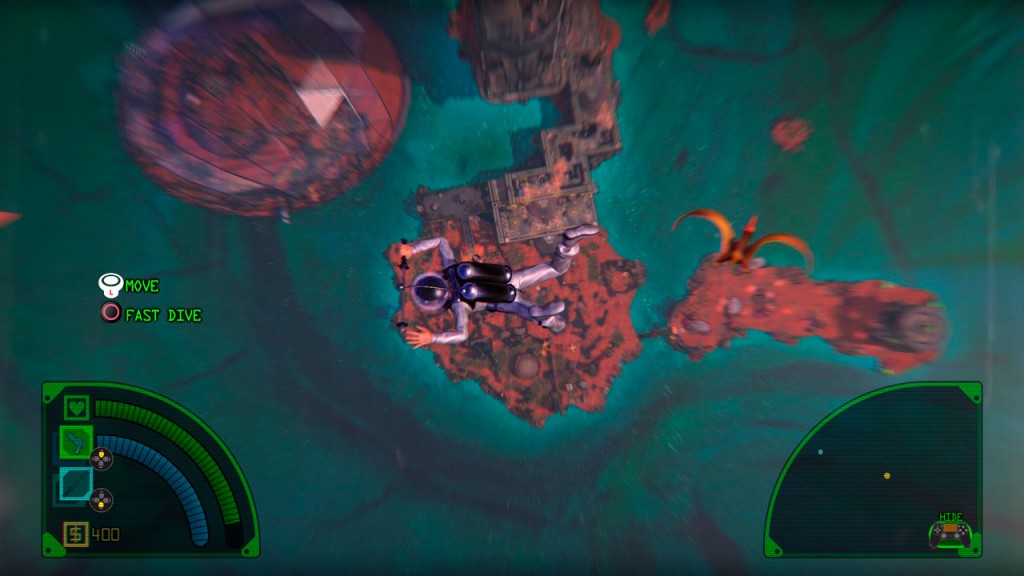 You’ll get a chance to control three different characters, each one with a unique skill required to see everything there is to offer. Your heroes are Dirk Starspeed (the mandatory male lead for a movie), Scarlet Nova (a rebellious native of this planet who ends up going against her own father) and Robot (who is, well, a robot). Their special moves will be unlocked as you progress in the game, thus requiring that you travel back to areas you previously visited to open new paths or find hidden stashes full of useful resources. 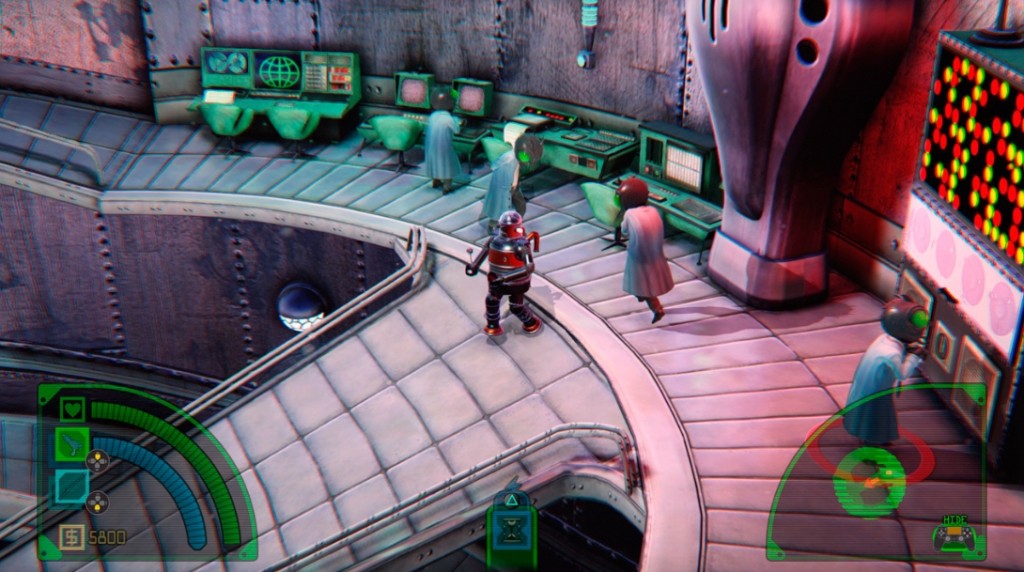 All character can attack and dodge as they move all over the place, and they can also parry attacks if you time things just right. As a bonus, parrying projectiles will send them hurling back towards your attacker, and parrying melee attacks will damage your opponents in the process, bringing them closer to oblivion. You can also use the hazards in each area to damage enemies, and there’s even a trophy tied to that (for luring several enemies into deadly fire). 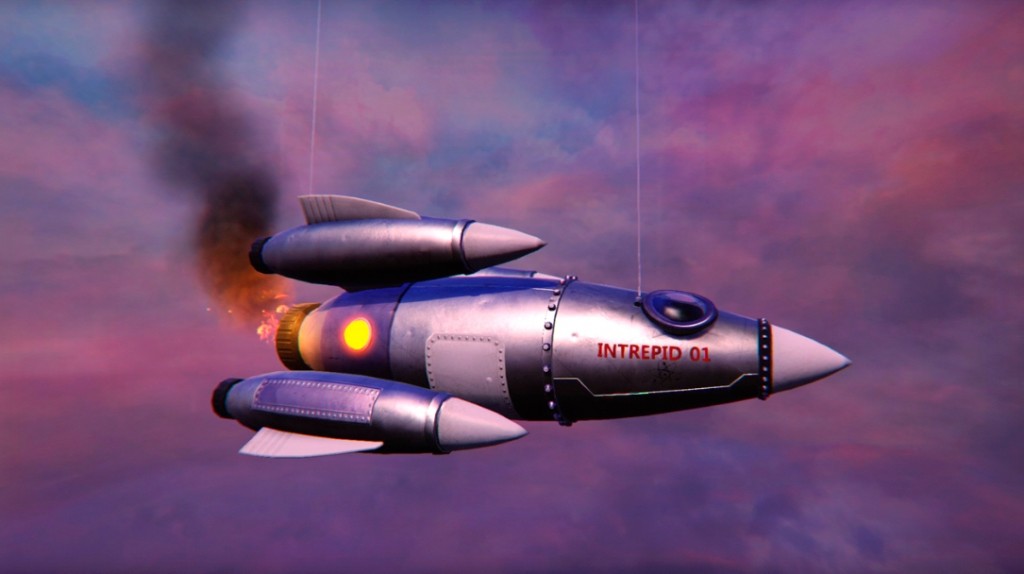 You’ll get a chance to upgrade your weapons at useful upgrade stations as long as you have enough money and the corresponding gears required for the upgrade. Money will be all over the place, but the gears, especially the Gold ones, well… you’ll have to search high and low (veeeeeery low) to get as many as you can! The upgraded weapons make a big difference and speed things up, allowing you to eradicate all deadly enemies in fewer swings/shots. 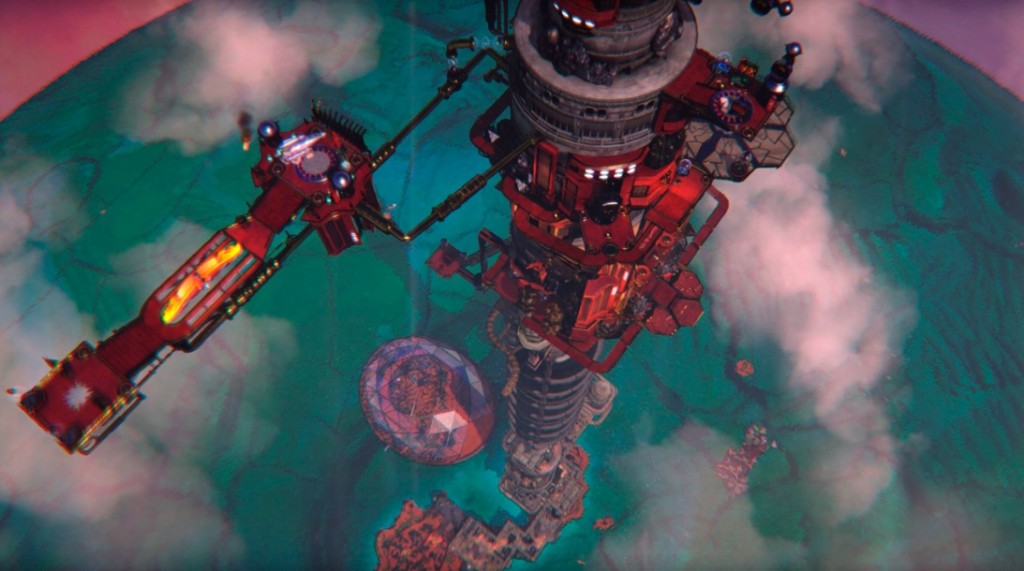 Trophy hunters, rejoice! The Deadly Tower of Monsters includes a full trophy list, and that means your efforts will be rewarded with a shiny Platinum when all is said and done. Overall, you’re looking at around 6-8 hours for the Platinum, depending on how good you are at action games like this one. Something that made me very happy is that there isn’t a single missable trophy because you can teleport anywhere in the game as long as you’ve unlocked the corresponding device in each area. 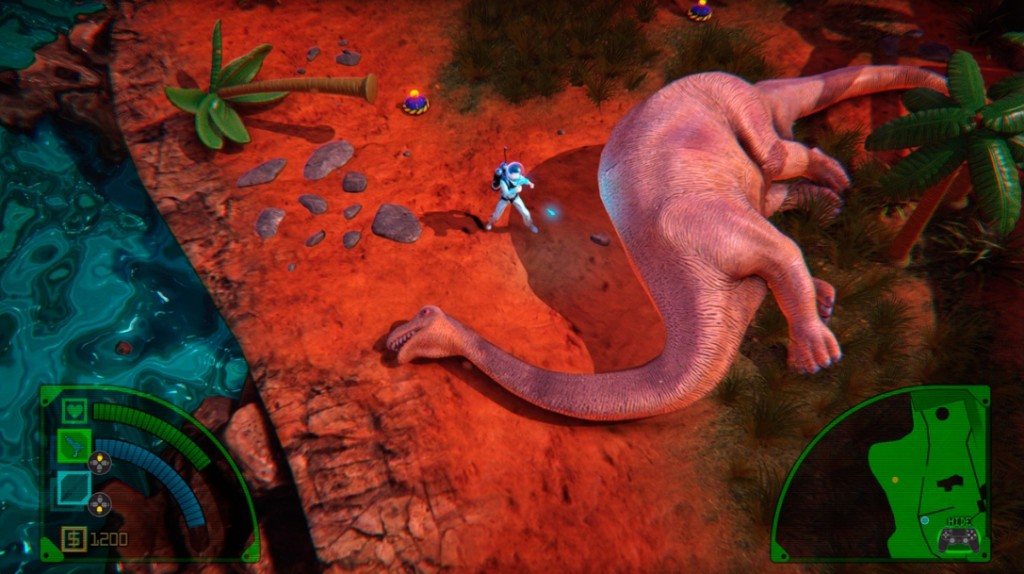 I loved my time with The Deadly Tower of Monsters. It is a fun and clever release that will keep you smiling from start to finish. Kudos to ACE Team for continuing to develop quirky titles, and to Atlus for giving us this very entertaining homage to the B movie in a tight gaming package. 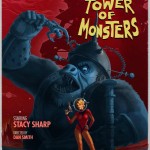 The Deadly Tower of Monsters Review