Megadimension Neptunia VII is the newest entry in the long-running Neptunia series, and it marks the first time the franchise has entered the PlayStation 4 era. This release is split into three “games” (so to speak) and each one focuses on a different dimension. With new territories comes a batch of new characters, so this time you’ll get to meet characters that represent gaming companies such as Bandai-Namco, Konami, Capcom, and Square Enix!


This is a double review for Megadimension Neptunia VII on the PS4 by Tracey and EdEN. This review presents what they both had to say.

There’s a lot for you to lean about the Goddesses if this is your first time playing a Neptunia game, so let me get you started by sharing some extra info on two of the Goddesses (as well as on the CPU Candidates!):
Neptune is the Goddess of the purple heart and represents Planeptune, she has the most careless and carefree personality out of all four CPUs. She is always first to dive into danger without thinking of the consequences of her actions. Most view her as insane as well as stupid. Neptune is quite an upbeat character with a happy deposition. She loves food, she is often found stuffing her face with her favorite food. Neptune has a younger sister called Nepgear who is a CPU candidate. CPU candidates are, well, candidates to become CPU once the time is right (but they’re really representations of portable consoles). 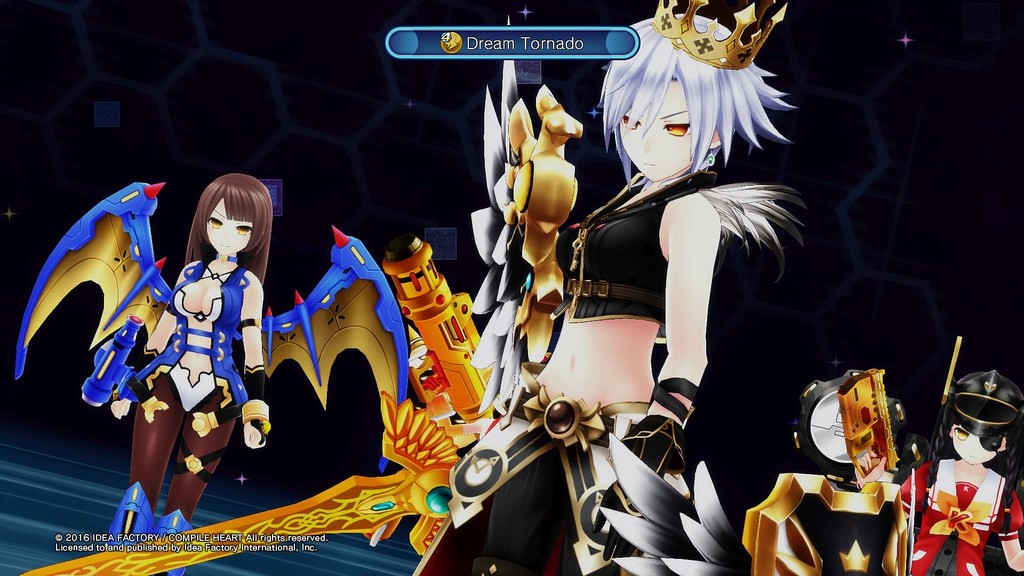 Noire is the Goddess of the black heart and represents the nation of Lastation. Despite belonging to a bleak color, Noire is known for being the ideal Goddess – she is a very polite and respectful CPU. She gives 110% to everything she does. Apart from that Noire is not much of a team player. She likes to do things her own way, she very rarely asks for help, and when she really needs it, she goes to Gust. She loves music, and she has a younger sister called Uni (who is a CPU candidate, representing the PSP) who she loves dearly and often takes a hard line with her.
That should be enough info to whet your appetite! Megadimension Neptunia VII is split into three chapters. You start the game with Neptune and Nepgear, who find an old console. When the girls boot it up and are sent to another dimension where nothing exists except infestations of monsters and automatons. In the first dimension, they meet a new character called Uzume Tennouboshi, who is an amnesiac with absolutely no memory of her past. The girls will meet other characters who will join their party across all three chapters. The chapters each play sort of like episodes with a different cast and different regions and the story will differ slightly as you move forward.

What draws players to the Neptunia games is the humor – it is certainly what has kept me coming back, and I imagine it is the same for a lot of players. It is overall a very funny game with some over the top dialog and scenes that are fairly typical in JRPGs. The humor is just brilliant, and the “humanized versions of consoles” angle is still very fun to see, even after several RPG and off-shot releases from the series. 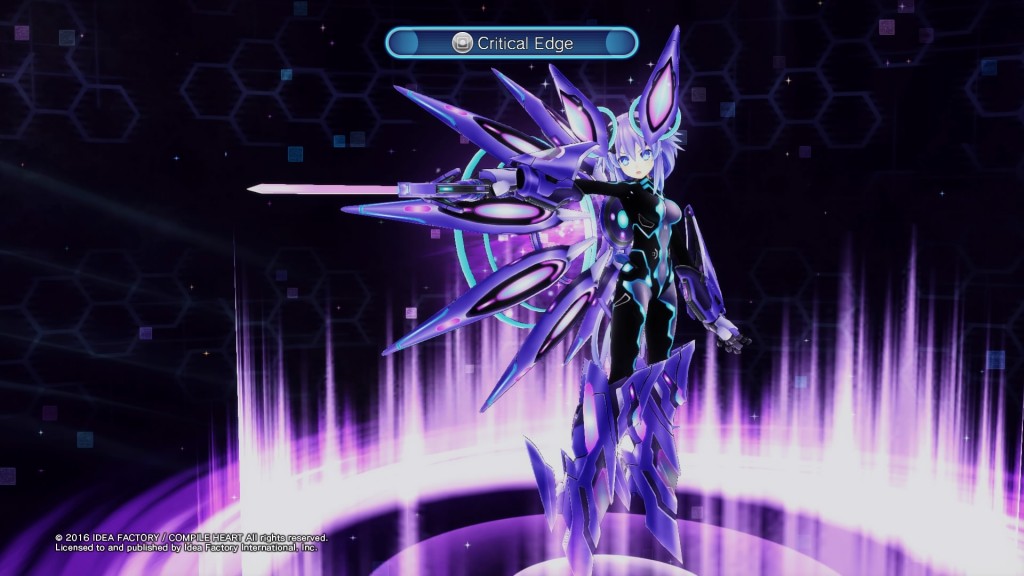 The enemies in the game vary greatly in types and size, ranging from pixelated space invader enemies to giant bosses… and wow, they ARE absolutely massive in this game! As in previous games in the Neptunia series, boss battles are a bit on the challenging side, but now they’re at least a tad easier thanks to the formation skills which do a lot of damage. There are also some weird enemies in the mix, such as ones that look like pipes (Super Mario Bros. style) and even screenshots (strange, I know!) so you’ll definitely be busy with that.

The combat system is fairly straightforward and easy to use once you learn the controls. You earn EXP from defeating enemies, and if you defeat enough, you level up and learn a variety of skills to make you more powerful to survive the tougher battles ahead. You can swap out and customize your skills to find the combination that works best for you. Since the combat is turn based, you can’t just button mash – there is strategy involved which is why skills have three settings: Attack which is standard, Power which are strong skills and Triangle is kind of like Rush mode, which can help you chain combos together. Experimentation is key. 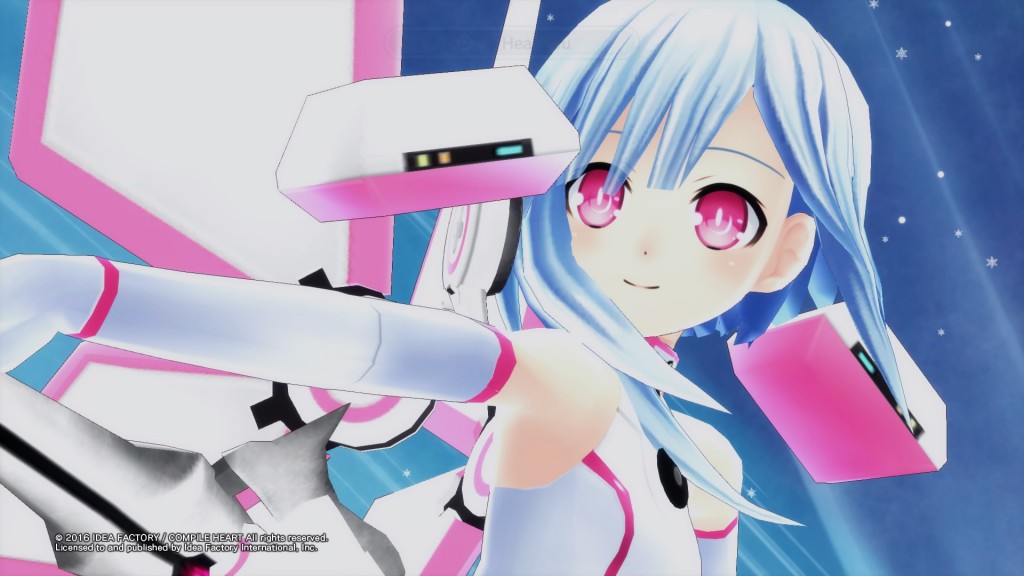 By now you’re well aware that I’m a big fan of the Neptunia series, so I was most certainly ready to review Megadimension NeptuniaVII. As Tracey said, the game is split into three chapters (or “games,” if you will). The first “game” within Megadimension Neptunia VII starts with Neptune stumbling upon a console she’s never seen before. An image quickly appears in the upper left corner of the screen, showing us a white console with a swirl mark in the middle… Neptune has stumbled upon a Dreamcast (except it’s not a Dreamcast, because copyright). She picks it up and takes it with her back home. What could possibly go wrong?


Well, as it turns out, a lot can go wrong when Neptune is involved! Neptune and Nepgear are sucked into a strange portal by the unknown console and are sent to an unknown location packed with monsters. Will the duo succeed in finding a way back home? What or who will they find in this strange and devastated world? While traveling around the map, you might end up running into a random battle, so you should always make sure you’ve healed your party members and that they have enough SP to activate a skill or two because if you’re caught off-guard you might end up having to run before the enemies defeat your weakened party. 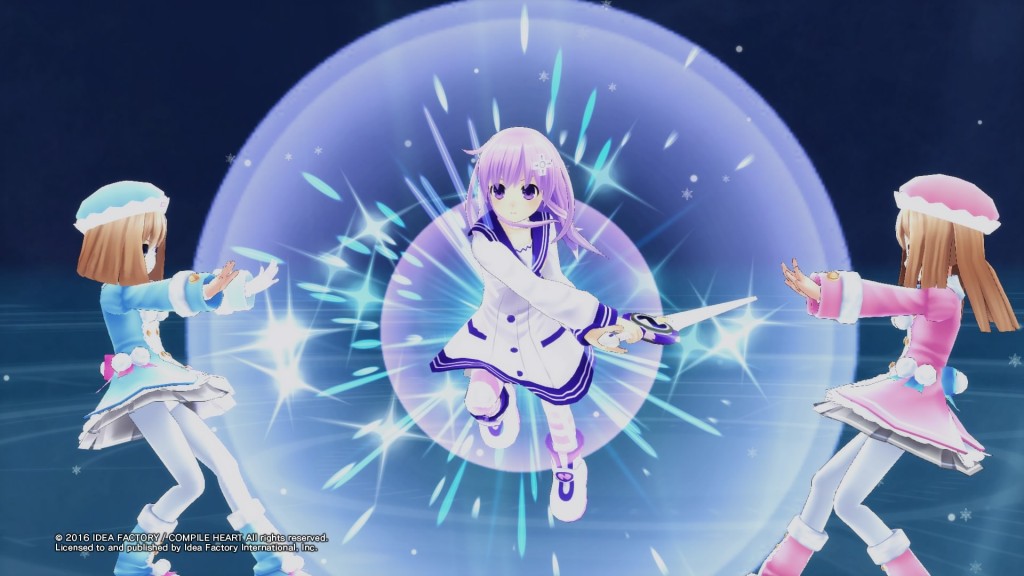 The move to PlayStation 4 has done the game a lot of good. The 2D art is crisp and vibrant and looks way better than on previous entries in the series released on PS3 and Vita, and the 3D sections of the game look better as well, making the models and areas shine with the added polish and cool effects available thanks to the power of Sony’s latest home console. 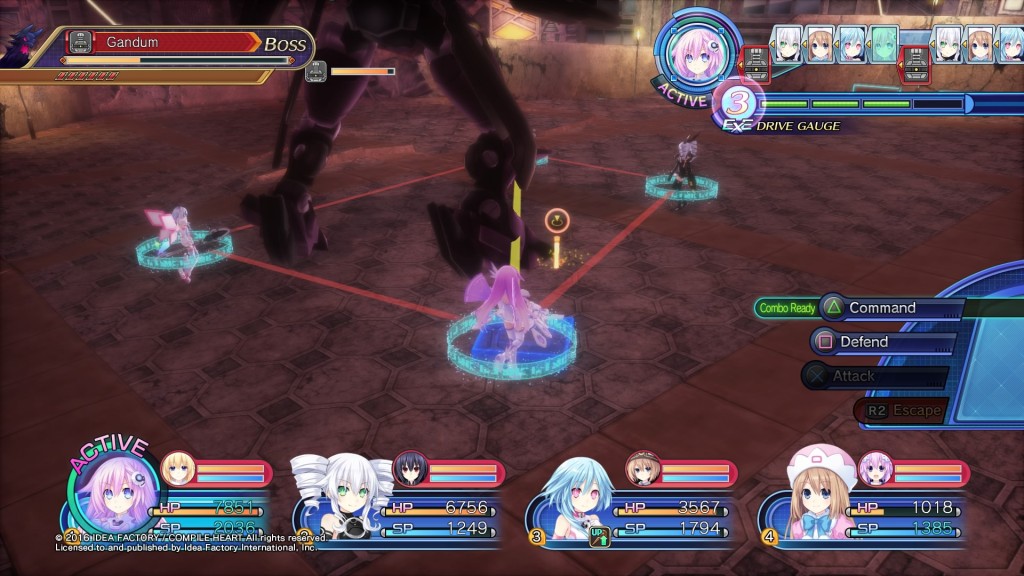 We both had a blast with Megadimension Neptunia VII and can easily recommend that you add this fun JRPG to your collection, even more so if you’re a fan of the series. The jump to PS4 has made this the best Neptunia release yet, and we look forward to hopefully playing another entry (or two!) on Sony’s current home console. 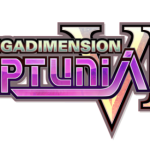 Out In April – Pang Adventures