Randal’s having a bad Monday, and unfortunately for him, it just keeps repeating over and over. All he wants to do is stop the cycle of Mondays, and you need to help him before it’s too late. Won’t you help this poor soul?

Randal is not a good person. He’s a thief, a liar, a troublemaker, a slacker, and he’s behind on his rent – definitely not a person you want to be friends with. He steals his friends wallet with a cursed ring inside of it and is thrown into a sequence of perpetual Mondays, a la Groundhog Day, except that his Monday changes based on the actions taken on the previous Monday altering the space-time continuum.


A kleptomaniac, a sociopath and a horrible friend. Randal is potentially one of the most scurrile protagonists since the invention of the hoverboard. Randal’s Monday is a crazy space-time odyssey in classic adventure design, spiced up with countless geek culture references of the last 30 years.

Randal’s Monday is an old-school point and click adventure. It’s DNA is encoded with bits from the Lucas Arts and Sierra adventure games of ages past, to the point that the game is full of Easter Eggs and nods to them throughout the adventure. If you love those games, then you will likely enjoy this game.

When the game boots up it gives you an option for a newer or an older control scheme, letting you choose how to play. I opted for the one click system instead of the two, to help speed up the pace of the game. If you have played older adventure games, then this one is right up your alley, and you feel right at home. Like most adventure games, you walk around using the pointer and pick up inventory items and have conversations with people in the game. You are often left in situations where you can use your secured items to help you solve a problem to continue. 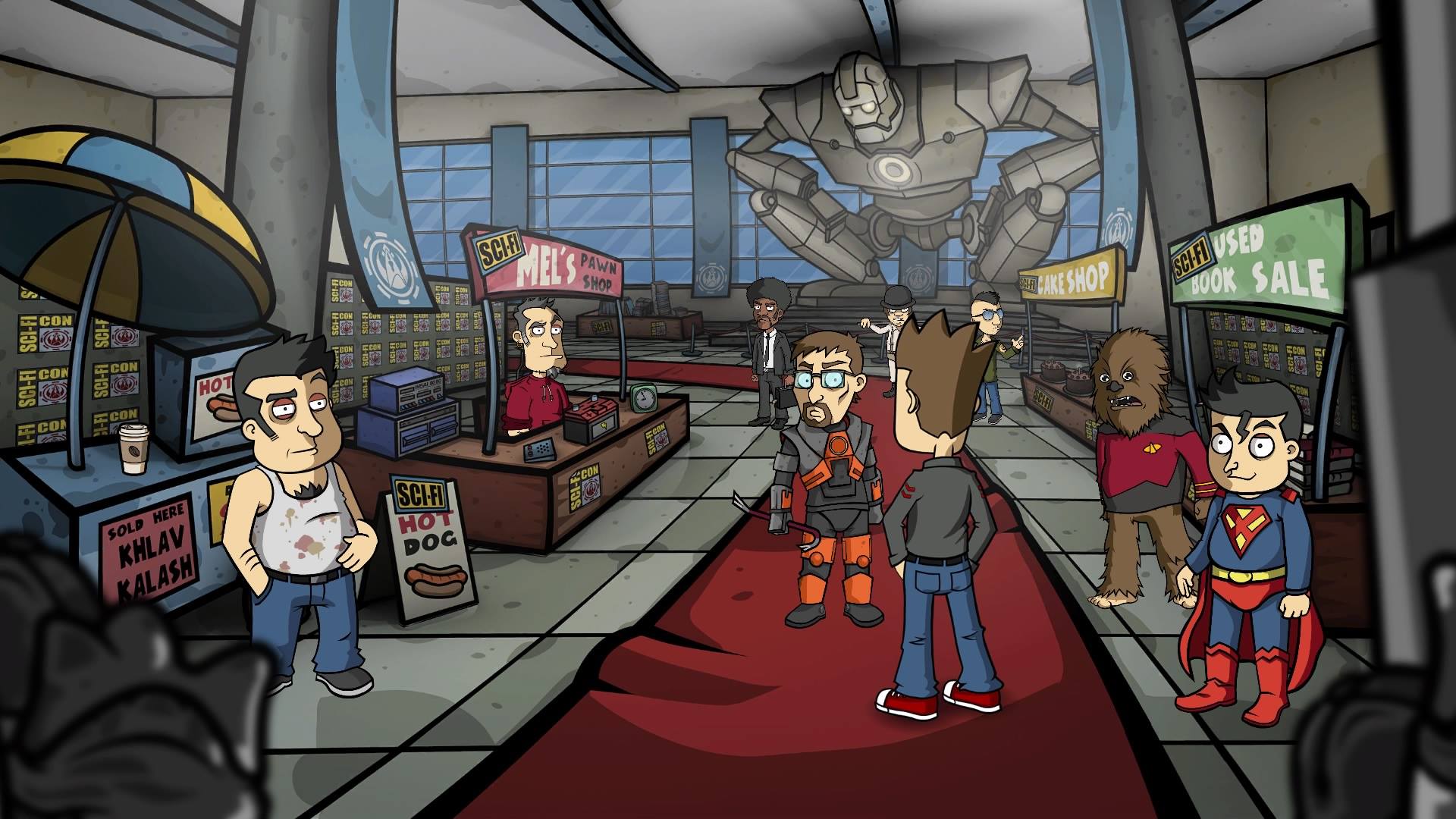 For instance, early on in the game, you need to obtain an item off your apartment roof. Blocking your way, however, are pigeons that will not let you pass. You must, therefore, find another item that will allow you to get through. In my inventory, I had a bowl with kernels inside of it. I was able to pop it into popcorn then fed it to them. However, that wasn’t enough as they still didn’t move. I combined the popped popcorn with rat poison and fed it to the pigeons and… voilà! They were dead, and I could get my item. (I did warn you that Randal wasn’t a very good person!).

And as adventure games go, this one is very hard. Not everything makes logical sense, which is not surprising since the older adventure games didn’t either. Thankfully the game has included a helpful hint system that you can use when stuck. There is one caveat to getting a hint – you must kill a kitty. There is actually a kill kitty button to receive your next hint. I don’t think any real kitties are dying, but I wouldn’t put it past Randal. 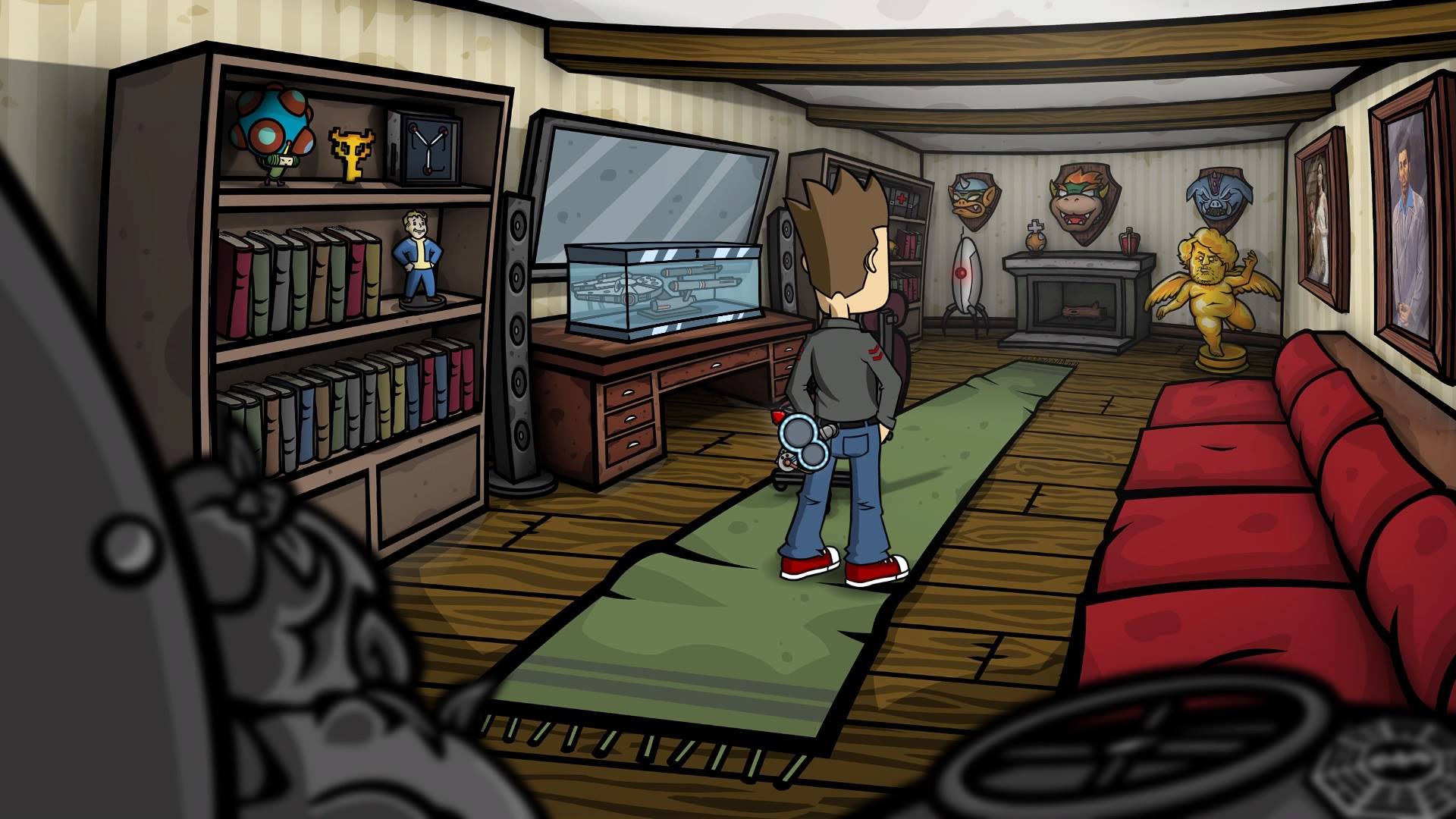 This adventure game is a mature game and is meant for adults. The game contains filthy language and some… not great items. I was fine with it and enjoyed that aspect, but make sure you are not letting kids play and don’t play when they’re around! The main character, Randal Hicks, is voiced by Jeff Anderson of Clerks fame. I actually think the name Randal Hicks is an homage to the two main characters of Clerks Randal Graves and Dante Hicks, making it even better when I realized it was Jeff Anderson doing the voice for Randal in the game. The other voice work in the game is good, but Randal steals the show. Although a small cameo from Jay and Silent Bob did make me smile, and yes, Jason Mewes reprised his role of Jay for that!

The game is full of excellent character designs and beautiful art realising Randal’s world really well. The game is gorgeous and every character has unique aspects that really bring them to life, illuminating the world. I mentioned earlier that the game is filled with Easter Eggs and I would often take a few min and look at every new scene and see what was hidden for me to find. One of my favorites was a wall painting opening scene from Maniac Mansion. Don’t worry it’s not just adventuring game Easter Eggs either, the game is filled with 90’s pop culture references as well, so if you grew up in that time period something is here for you. 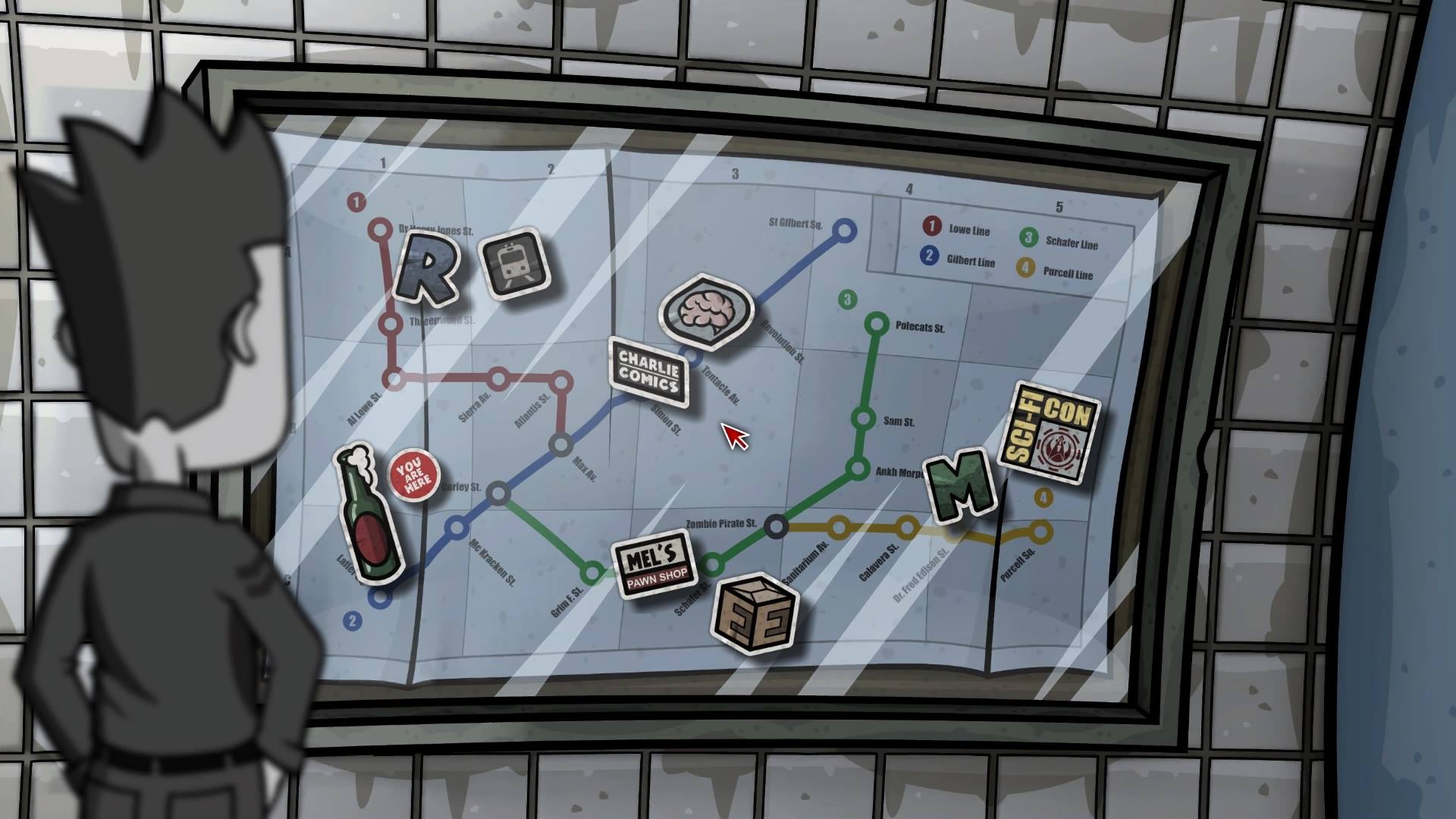 The one major I did have with the game was the lack of autosave feature. You need to make saves manually which normally wouldn’t be a problem, however, I had bugs in the game twice that prevented me from moving forward. Both times I lost about two hours worth of play time. I was able to make it back much quicker by skipping through conversations, and knowing what to do, but it was still frustrating. The other thing that I found was odd was the pointer controls. Both the left and the right sticks operate the pointer, however, the left is really fast, and the right is slower. I often found I was using the left to get close to where I wanted to be and the right to fine tune it. I didn’t realize there is a cursor sensitivity option and you can slow down both cursors.

The trophy list is kind of light as it is just 21 Bronze trophies. I was disappointed to not see a Platinum or any Gold and Silver at the minimum. The game is hard and to get through all seven episodes I probably but 8-10 hours in easy. Most of them are for completing the episodes and tasks in the game. A few are based on solving puzzles right the first time, and there’s one for not using the hint system and two for using the hint system. If you use a walkthrough to play the game the first time you can pick them all up, if not then you will be doing a second playthrough. 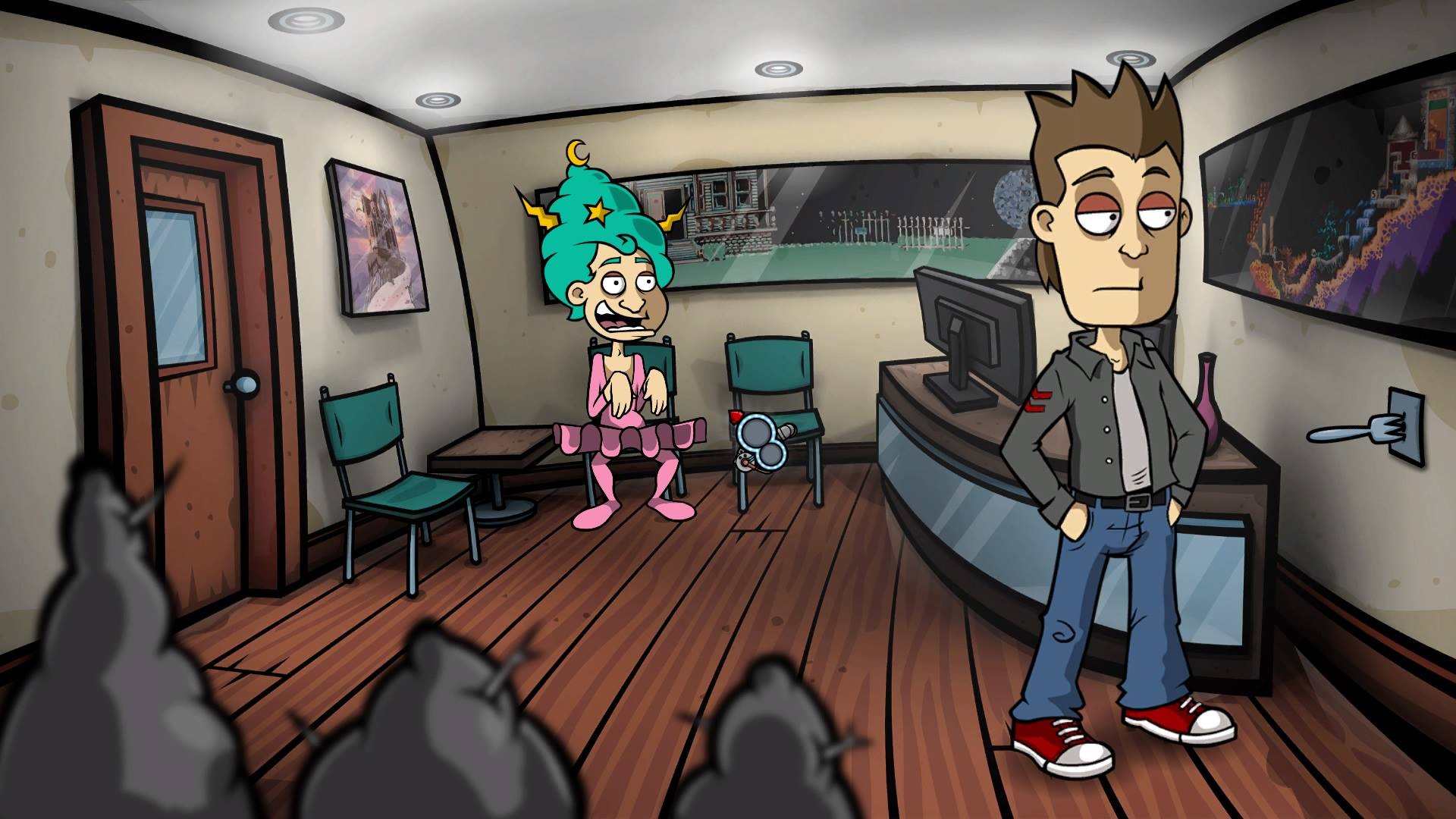 I really liked Randal’s Monday. It was an homage to my gaming past with tons of gaming and pop culture references thrown into it. The game is hard but does include a built-in hint system which is good. Randal and his motley assortment of crew are interesting making you want to help him solve his problems. If only the game included an autosave and slightly reworked cursor controls, the game would be even better.


This review is based on a copy of Randal’s Monday provided by Nexus Game Studio Inc.