You play as one of a variety of Androids. You receive a distress signal, and are ordered to investigate what is going on. It turns out the space station has bee invaded by robots, so it is our job to get rid of the invading forces!

The game is easy to pick up and play and is a very fast, frantic and furious experience. There is no time for resting as the onslaught of enemies will always keep you on your toes. Each level is score based and after completing the level the score adds to your overall rank – your aim is to S rank every level in the game, and I can tell you it can be a little bit of a challenge as it will take several tries to S rank everything. The most important thing I learned while I was trying to S rank a level, is that your chances of getting a higher rank depend on how well you can string a combo, and you should avoid getting hit as any damage you receive immediately breaks your combo 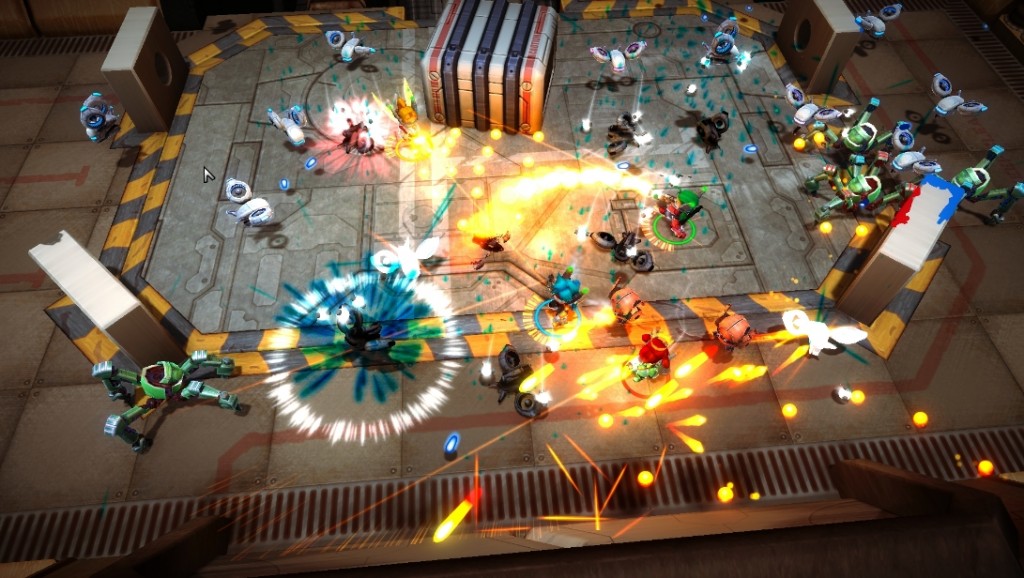 You can play as a variety of battery operated Androids. Your first one being Cactus (hence the game’s name!), but you will eventually unlock Lemon, Holly, Coral, Aubergine and many more, each with their own basic and secondary weapon sets. They are all good in their own way, bit you do have to find the right character to suit your playing style. After experimenting with some characters, I found I liked Cactus better. Her personality and choices of weapons made me feel better as I played. All characters have big weapons with an even bigger secondary weapon that only shoots for a few seconds before needing a recharge, and that is where the white energy cells come into play – collecting them charges up your weapon. Luckily, you can use your main weapon all you like without fear of needing cooldowns. 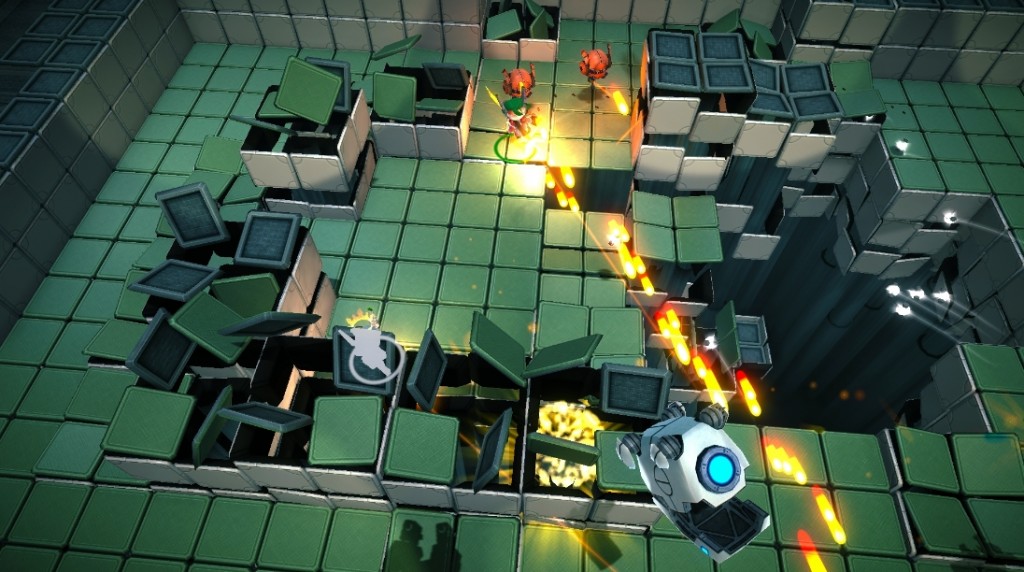 Unlike standard twin-stick shooters, you have no health bar, so you don’t die when damaged. Instead, you collapse, and you have to press the action button to recover and get back into the thick of things. Remember what I said earlier? Androids are battery operated so you will see a great big green battery at the top of the screen, and once that runs out you will see a battery depleted message on the screen, and that is your game over! Getting knocked down and getting yourself back up eats into your battery power, so you should always use the available cover to continue going for as long as possible. 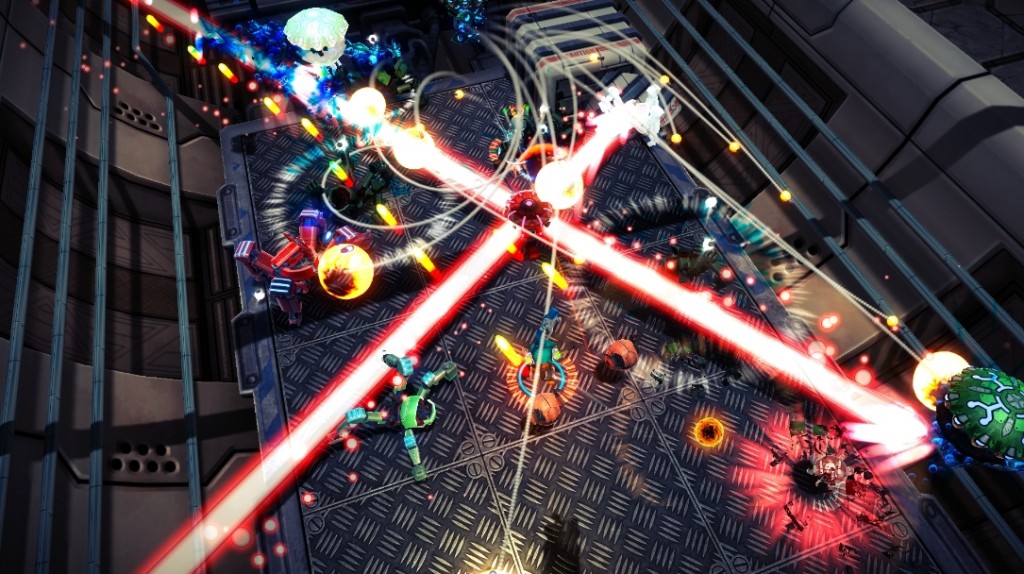 As well as the main campaign mode, there is Infinity Drive mode, which is kind of like an endless mode. You have to shoot everything in sight and with each wave you survive the number of enemies ramps up, and things start to get really hectic. It is a fantastic mode, and you can use all available characters that you have unlocked in that mode. In addition to that, you have Daily drive, which is similar to Infinity Drive except it presents to you a daily challenge. 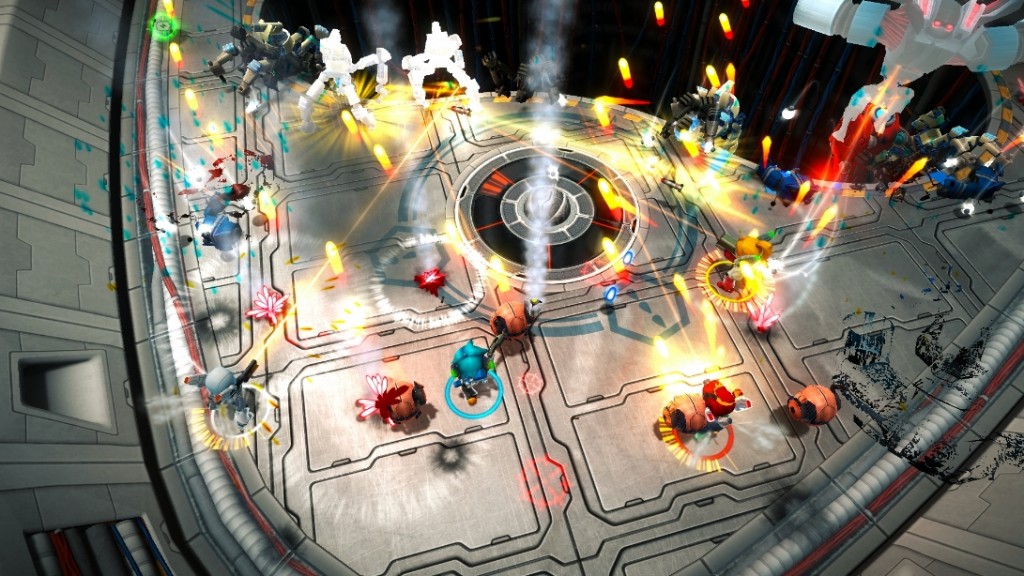 There is a variety of stuff to unlock as you progress like codex entries, and defeated enemies will complete your journal. You can also buy new songs with your in-game credits, as well as a variety of purchasable items like AI co-op, and cosmetic things such as large heads (who doesn’t like large heads in video games?). 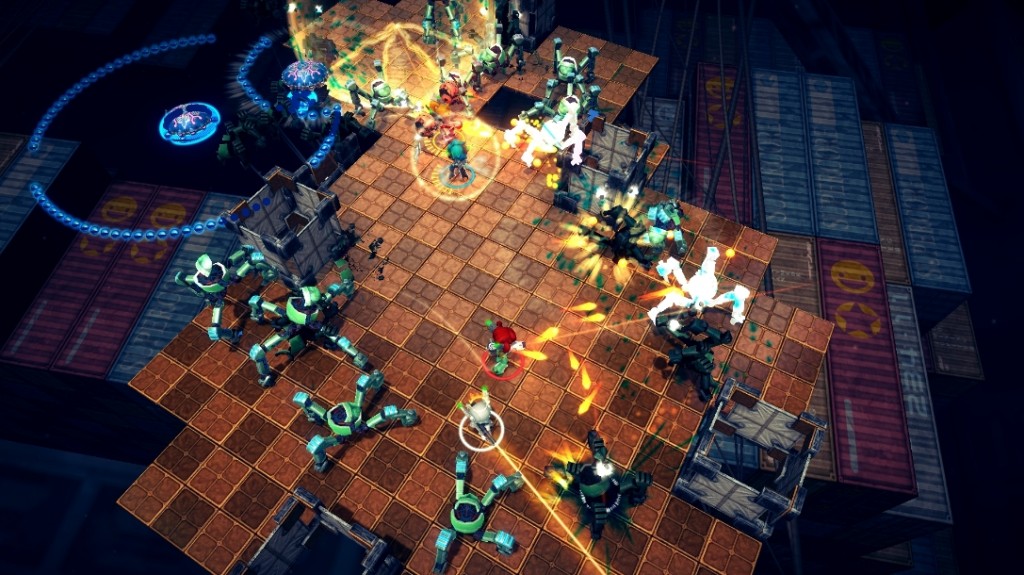 For the amount of content, it presents, the game is worth every cent of its price. Assault Android Cactus will keep you hooked for many hours, and if you have any buddies around you can play in co-op too. I absolutely loved the game. The graphics are awesome, colorful and vibrant, and the music is brilliant. The characters are cute and quirky, each having its own personality. As I said at the start of this review, I’m not a huge fan of twin-stick shooters, but Assault Android Cactus has ticked all the right boxes, and it is the best twin stick game I have ever played! 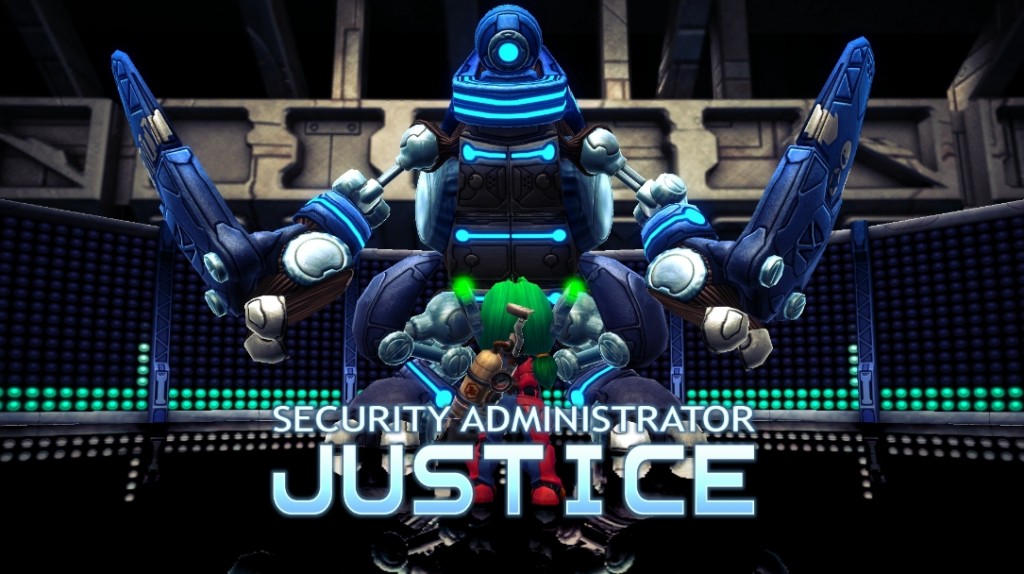 Disclaimer
This review is based on an European PS4 copy of Assault Android Cactus provided by Witch Beam. 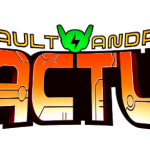 Out Today On PS4 – Nights of Azure

Coming This April – Masquerade: The Baubles of Doom