If you like puzzle games and RPG, then you’re going to love SwapQuest. This is a game that combines both the swapping of pieces (tiles) and lite RPG elements (leveling up, upgrading skills, equipping weapons and armor) into one awesomely cute package.


SwapQuest takes its inspiration from releases such as the classic Pipemania with cute 8-bit style graphics similar to the old-school The Legend of Zelda releases. You play as Prince Wilbert or Princess Wilma. Your mission is to save your Kingdom from the dark evil that is taking over, an entity know as The Horde. 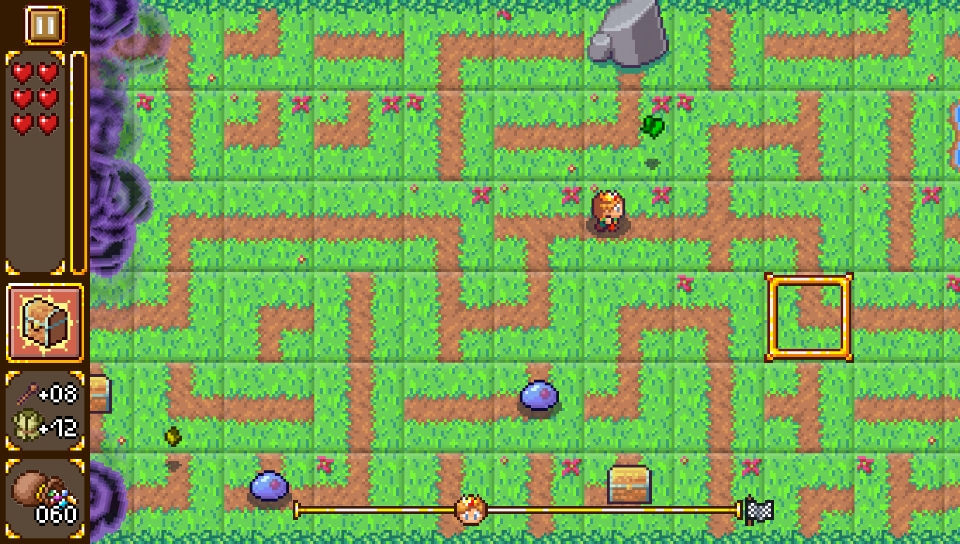 You can start your game once you have chosen your class, each one having have its own skills and weapons. Your first level is pretty basic and will serve as a tutorial so that you can brush up on your tile swapping skills and hunt an enemy or two in the process. The mechanics are pretty simple: you create a path at various sides of the screen depending on which way a level wants you to go. You will see a blank line with your face at the starting point, and a black and white chequered flag at the end of the screen. While you tile swap your way to the finish line, you will have a random set of three quests to complete. Said quests vary from open X amount of treasure chests, kill x amount of enemies, or finish a level with full health, to name a few. The quests are not too taxing, and it doesn’t matter if you fail them, you can still progress through the game. On the plus side, if you complete the quests you will be greatly rewarded with several extra jewels.

Evey level has treasure chests scattered around and when you open one jewels and hearts fly out, forcing you to swap some tiles to collecting as many jewels as you can. This is important because jewels serve as the game’s currency, allowing you to buy new weapons and armor, upgrade your skills, add status effects to your weapon or status protection to your armor, or you can simply save your money at bank. All of this is done by tapping the Caravan icon at the bottom of your screen. Saving your money in the bank is important for two reasons. First of all, if you die in a level, you lose ALL of the jewels on you. The second, and the most important reason for using the bank, is that you can only carry a max of 999 jewels at a time, so unless you save your jewels once you hit the 999 limit (or once you’re close to it), any jewels you collect will not be added to your total. 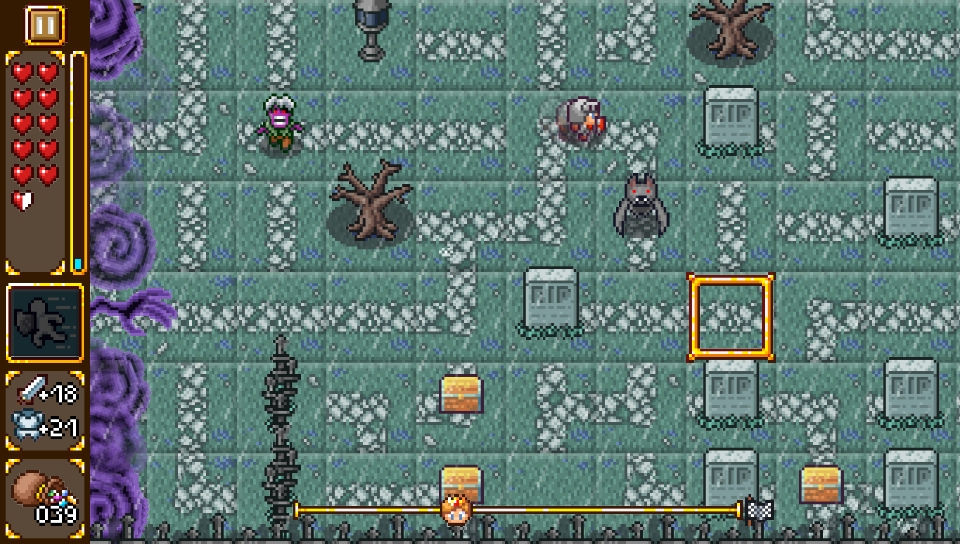 As you progress through the levels and defeat enemies, you will earn XP and level up as you would in an RPG game. Depending on the class you choose you can unlock sub-classes as you level up. For example, if you pick the Fighter as your class then you would automatically upgrade from Fighter to Knight to Paladin, and every time you level up to a new sub-class, you will also unlock a trophy and a new skill. 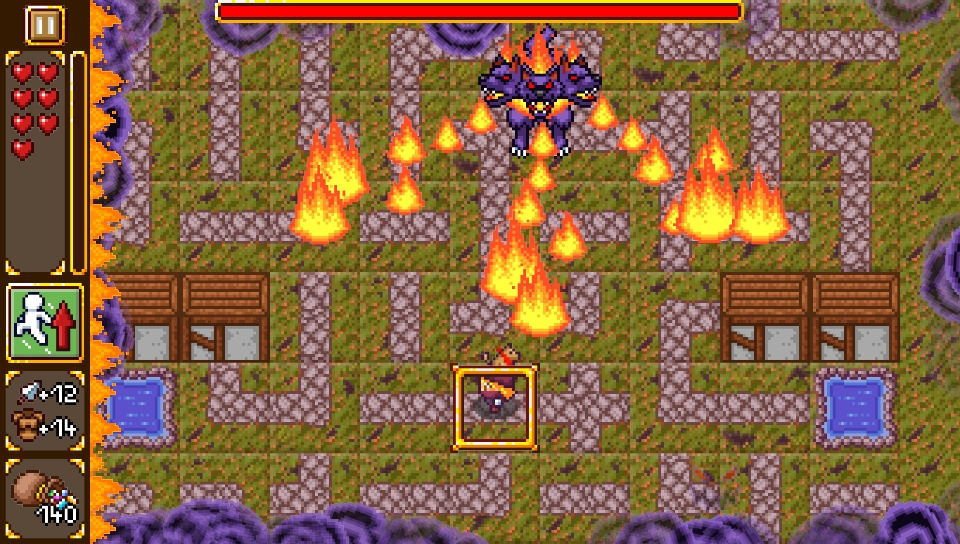 The controls can either be activated entirely with the Vita’s touchscreen or by using the analog sticks and buttons, so be sure to try both to find which one suits your playing style. I favored the touchscreen interface, but you might end up feeling that the true and tried analog stick + face buttons works better for you.

SwapQuest is amazing, brilliant, and addictively fun. Not a single trophy in the game is missable… and it even includes a Platinum! I have over half the trophies already, all obtained through naturally progressing through the game, collecting as many jewels as possible, defeating every enemy in my path and leveling up without a need for grinding. The game’s graphics are very polished and beautiful, and the music complements the action nicely. I highly recommend you download this game, especially since its asking price is pretty good for the amount of content you get. 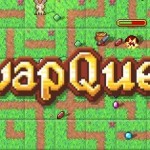 Gryphon Knight Epic Out on PlayStation 4

Now On PS4 – The Walking Dead: Michonne – Give No Shelter