Koei Tecmo America has announced they’ll be releasing Atelier Sophie: The Alchemist of the Mysterious Book this year for PlayStation 4 and PlayStation Vita, making it the first entry in the Atelier series to release on Sony’s current home console! Along with the regular retail edition (and the fact that the PS Vita version is a digital-only release), NIS America will be taking care of giving us a great looking Limited Edition Boxed Set. Click after the break to check out the game’s trailer as well as the contents of the Limited Edition!


With the Limited Edition Boxed Set, as you can see from the image below, you’re getting: 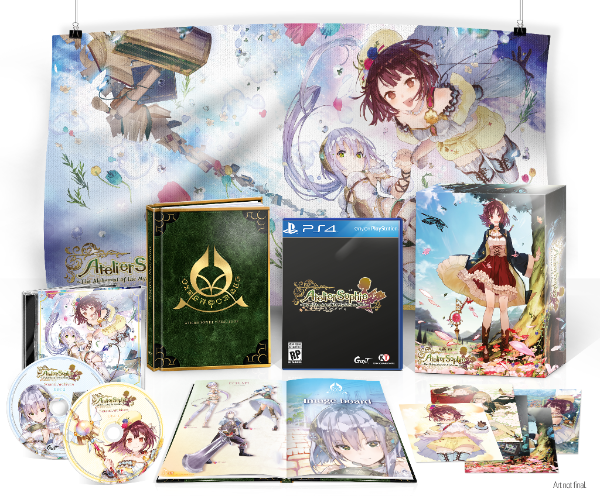 We’re very much looking forward to reviewing Atelier Sophie: The Alchemist of the Mysterious Book, so be sure to stick around at PS4blog.net where we’ll share all news and reviews for releases from Koei Tecmo America and NIS America!