8 Characters We Hope To See In Telltale’s Marvel Game

It’s been nearly a year since we heard the exciting announcement that Telltale Games would be partnering with Marvel to create a new console game (and potentially series). Quoted by Polygon, Marvel Games creative director Bill Roseman said that the forthcoming game will be authentic, sexy, exquisite, eye-popping, and celebrated by Marvel fans. Those are some pretty strong expectations, but if Telltale’s success up to this point is any indication, this might be the partnership we’ve been waiting for to deliver a major Marvel console game.

Right now we know very few details about the game. We don’t know what the story will be like, how big of a game it will be or which characters it will include. However, we do know that Marvel tends to be at its most interesting when characters from different comic book origins are brought together; and we also know that Telltale likes to focus on intricate and expansive storytelling. So it’s only natural to expect this will be a huge game with a large collection of Marvel characters.

It’s probably a given that the signature characters such as Captain America, Iron Man and the like will be included. But here are eight less obvious characters who’ve been almost entirely absent from Marvel gaming to date that we would love to see included.

Adam Warlock was referred to by an Observation Deck article as the most important character that isn’t in the Marvel Cinematic Universe yet. That’s because, as many fans have noted, he’s basically the only Marvel good guy who’s well-suited to take down Thanos, and we know the mad titan is on his way in Avengers: Infinity War. The same article noted that Guardians Of The Galaxy director James Gunn squashed a popular fan theory that Adam Warlock’s cocoon was shown in Guardians Of The Galaxy, but it still feels almost inevitable that this character will be roped in somehow. Given his likely appearance in the MCU, he should appear in the Telltale game, as he really has no presence in modern gaming to date.

Jessica Jones made her way into Netmarble’s Marvel: Future Fight app last year as the Jessica Jones show debuted on Netflix. But given that the Netflix properties have become some of Marvel’s hottest content, it’d be nice to see even more of her in gaming. If Telltale’s aim is to stay as current as possible, she might be a good bet to be included.

Good luck finding Namor the Sub-Mariner anywhere in today’s Marvel entertainment. He’s pretty much a non-factor. Then again, he’s also Marvel’s mirror image of Aquaman, and with DC set to introduce its own deep sea hero in cinema soon, perhaps Marvel will take steps to do the same. Either way, some underwater action featuring Namor would be a nice way for Telltale to expand its Marvel gaming world.

Sentry is little-known to audiences, but he actually has a pretty fascinating background in Marvel comics. Essentially a superhuman, he allied himself with the Fantastic Four and took on Dr. Doom, mentored a young Spider-man, and even teamed up with Iron Man in the Civil War comics that the upcoming movie is based on. It would be great to see a character like this – someone significant but left alone by the MCU – introduced in the game.

Iron Man 2 is often rated as the worst of the Marvel films, and that’s fair enough. But Mickey Rourke’s Whiplash (aka Ivan Vanko) was arguably the best part of it. A shirtless Russian savage wielding energy-infused whips who’s utterly unafraid of Iron Man is a pretty fun concept, but unfortunately he’s basically been left behind since Iron Man 2. Gala Bingo’s game selection includes an Iron Man 2-based slot reel in which there are at least visual references to the character. Alongside Iron Man, War Machine and Black Widow, Rourke’s likeness appears on the slot game’s cover. But elsewhere he pretty much doesn’t exist. It would be both fun and unexpected to see him show up in the Telltale game.

Here’s another underrated and under-appreciated Marvel villain. Actually, Doc Ock is a fairly popular comic character, and Alfred Molina’s portrayal in 2004’s Spider-Man 2 was well-received. But the only noteworthy appearance for Doctor Octopus in gaming, beyond specific Spider-Man games, is as a villain in the Marvel Heroes online MMO. Bringing him back in the Telltale series, particularly with a new Spider-Man film series on the horizon, would be a nice tease from Marvel.

This one’s pretty straightforward. Crossbones is set to be played by Frank Grillo in Captain America: Civil War. In fact, Grillo already played an angry soldier opposing Captain America in Captain America: The Winter Soldier, though the character didn’t quite fully assume the Crossbones identity. At any rate, it appears this is one of the villains Marvel will be doing more with in the films to come, so it’s about time he had a major role in gaming as well.

The most baffling one comes last. Somehow or other Mystique has almost completely avoided inclusion in modern Marvel games, including the aforementioned Future Fight and Marvel Heroes game, as well as Kabam’s Contest of Champions app – all of which are known for their large character selections. She may not be one of the most popular X-Men from the comics, but Jennifer Lawrence’s portrayal of the character on the big screen has certainly made her something of a fan favorite. It’s just shocking she hasn’t been turned into a playable character yet. 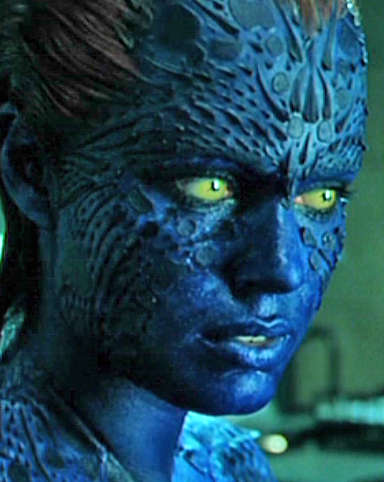