Rhythm games are something I very much love to play, and SUPERBEAT: XONiC has been keeping me busy for a while now. It’s a game you can come back to every day and play for a bit or for an hour at a time, and it offers something for all types of players since it’s difficulty options go from “yeah, I can totally do this” to “maybe I need an extra hand or two.”


SUPERBEAT: XONiC is a new rhythm game from PM Studios’ much celebrated BEATCRAFT series. The team at PM Studios is the creative force behind DJ MAX Fever, a widely acclaimed rhythm title released in 2008 for the PlayStation Portable system. Equipped with new user interfaces and rhythms, PM Studios has crafted an even more innovative and interactive music game experience. SUPERBEAT: XONiC will rock players’ worlds as they will be able to experience over 45 music tracks and boogie through 200 different play patterns!

As you can see from the video above, in SUPERBEAT: XONiC you have to press a button to the music to hit each beat at the precise moment they enter the edge of the screen. Do it too soon or too late, and your combo – if you had one going – will be broken and you’ll have to get it back to where it was before your fumble. Beats will come at you at a speed that matches the overall flow of the song you’re playing, so you’ll usually need to quickly hit beats one after the next, while also mixing things up with long notes that must be followed either by using the touchscreen or with the analog sticks, as well as double notes that require that you hit buttons on opposite ends at the same time.

If you’re not as fast with your fingers, you don’t need to worry because the default difficulty is challenging enough as to not be overwhelming on players new to the genre, so you’ll definitely be able to build up your skill after playing all the songs in the game available at the lower difficulty setting. 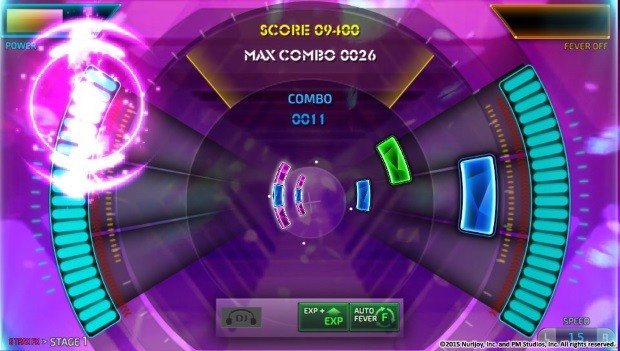 Those of you who are rhythm veterans will be able to jump up to a higher difficulty, and the highest one for SUPERBEAT: XONiC will most certainly challenge your skills to the max. PM Studios is known for making great rhythm games that can break players at the highest setting if they’re not careful, and SUPERBEAT: XONiC keeps this tradition alive. At the highest difficulty setting, you’ll always be busy and getting a workout for your hands!
Games like this live and die by their music, and I’m happy to report that the songs included in SUPERBEAT: XONiC offer a nice mix of perky, fun, and fast-paced songs that will keep you busy for a long time. And if you find that a particular song is a bit too much for you, you can lower the speed of things so that the gameplay fits what you can do. All songs are pristine in quality, which might explain why downloading SUPERBEAT: XONiC requires almost 3 GB of space on your Vita memory card!

There’s plenty of things for you to unlock in the game, and the better you do at each song, the more stuff that will be available for you to customize your experience. Trophy hunters will be busy with this one since due to all the content, the requirement for completing parts at the highest difficulty setting and all the unlockables – not to mention the challenges to complete in the game’s World Tour – means that the coveted Platinum trophy for SUPERBEAT: XONiC will take you over 50 hours depending on skill. 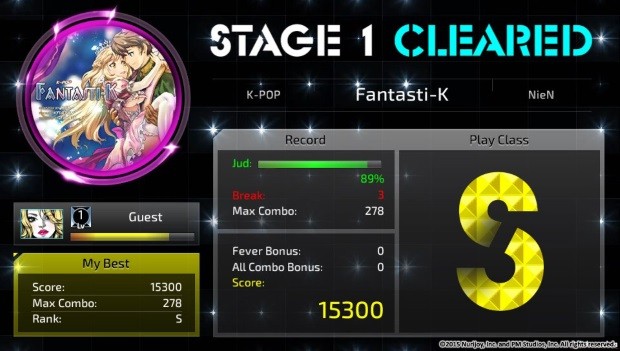 There’s also some DLC packs currently available for the game (that I’ll be reviewing soon!) with more coming in May, so if you like what SUPERBEAT: XONiC has to offer, there’s plenty of more content to go around!

Hitman Beta Coming To PS Plus Next Week

Risk Of Rain Making Its Way to PlayStation 4