Roll7 is back after two awesome OlliOlli games, and this time, they’re giving us Not A Hero, a game that is very much a different experience from their previous offerings. Roll7 is known for making hard but very enjoyable game experiences, and Not A Hero definitely follows in that tradition. In fact, is is an incredibly challenging game. As the game progresses, the difficulty spike is pretty big, so you better learn what works and doesn’t work in the game before it is too late!


The story is about the election of Bunnylord. In his opinion, if he is not elected by the 22nd then the world will turn bad, but if he is elected he will make things better, criminals will get what they deserve, and everyone will be happy… but only if voters elect BunnyLord! Bunnylord hires a mercenary (that’s you!). The thing is, as the title suggests, you are not actually a hero – you are a murderer. As such, you go on a murderous rampage killing just about everyone in your path. Bunnylord likes it, and he thinks that killing everything in sight is a nice way to save the world.

So your mission in Not A Hero is to help Bunnylord get elected by shooting everything and do menial tasks such as putting up campaign posters and collecting wind chimes. Apparently wind chimes are a must for being elected! 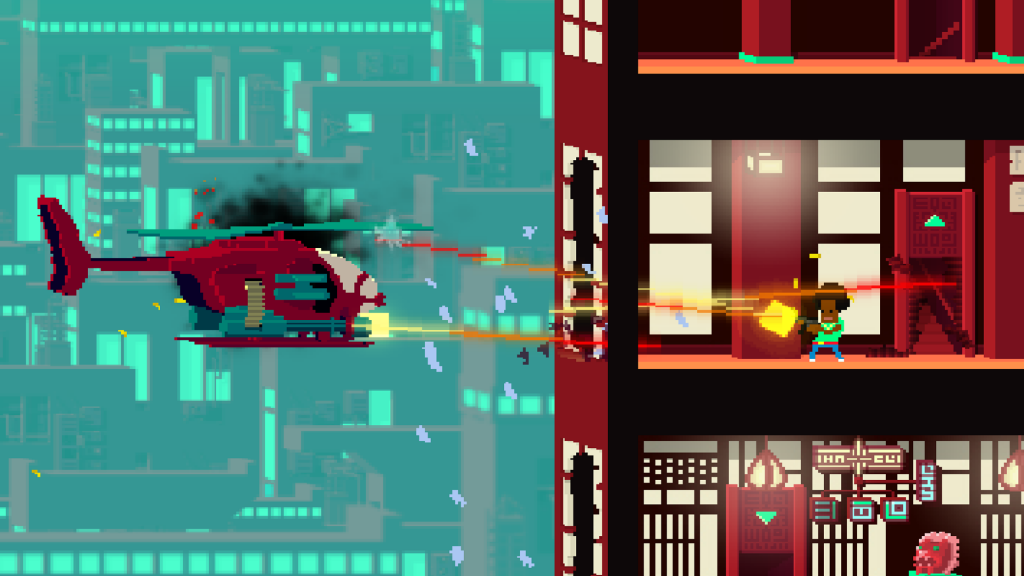 Not A Hero is an indie 2D (and 1/4) )shooter, where you can move left or right with the analogue stick and the D-pad buttons to move up and down. You shoot with R2 and reload your weapon with the O button. The control scheme is very easy to understand and works great. You can also slide and use said slide function to tackle enemies. Oh, and something you should always remember is that you can take cover by tapping the X button. Your character will turn dark when he is in cover. 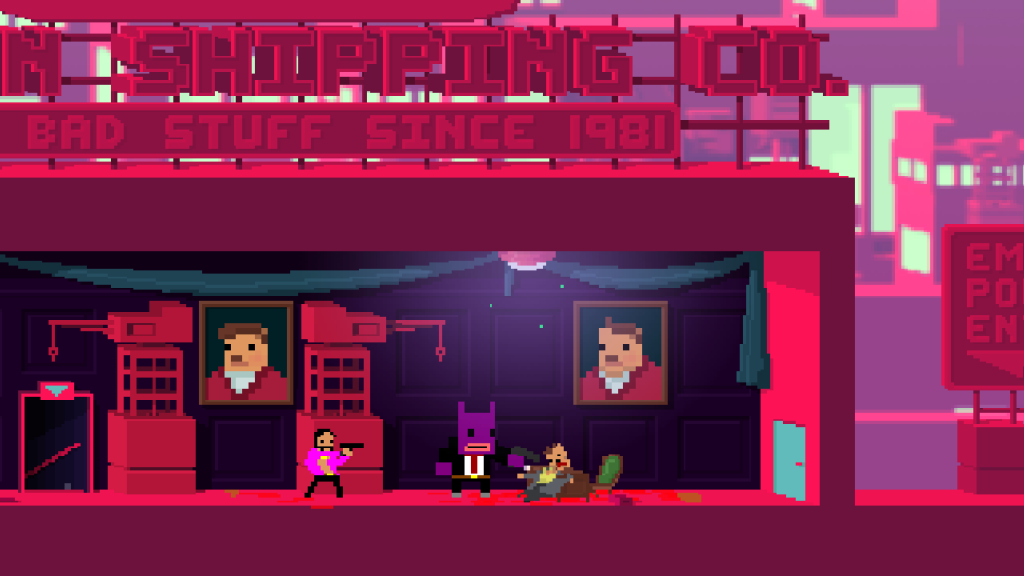 Something you should consider is that the cover and slide functions are both mapped to the X button, but to make sure you don’t accidentally activate one when you were set on activating the other, taking cover only requires a quick tap on the X button, while the slide is just a normal press of the X button. Got it?

You get four health bars which are on the bottom left corner of the screen, and if you find yourself in a bullet storm, you can make a quick escape to regenerate your health bars and to then go back and mop up any remaining enemies. Be warned though that those bars can disappear a bit too quick on occasion, and you will die. And then you will try it again, and you will die. You’ll die A LOT in Not A Hero! 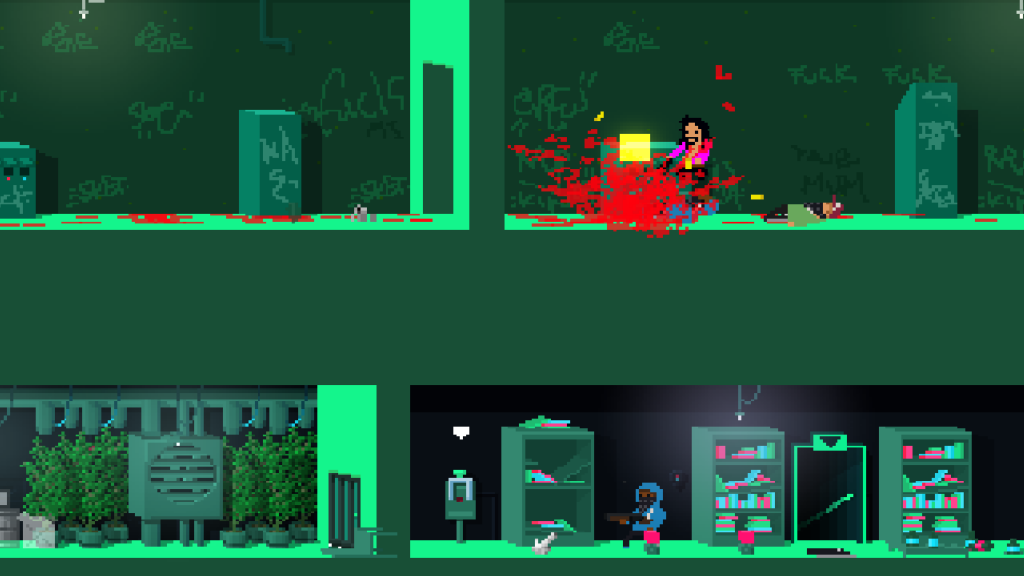 The game may seem (and be) quite violent with lots of blood flying out left and right, but the humor in the game offsets that. Sure, it’s not a suitable game for children, but it’s probably too hard for them anyway, so no worries! 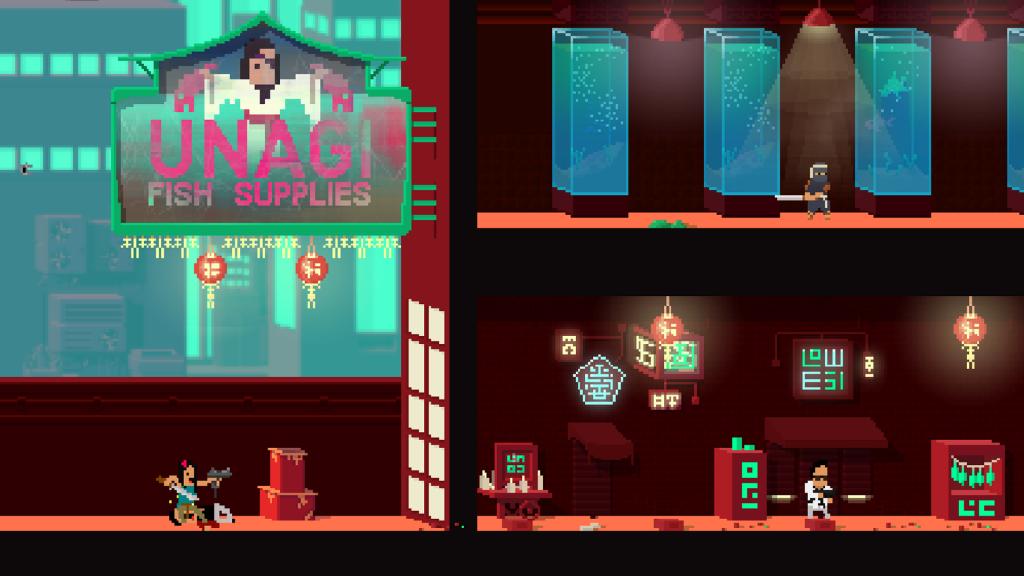 Each mission starts in Bunnylord’s briefing room, where you are briefed on your next mission. When you successfully complete a mission, you always go back to Bunnylord’s briefing room to be debriefed. The game is played over a 21 day period – 21 missions in 21 days – with day 22 being election day. On top of that, you have three secret missions as well if you make it that far.

There are different enemies to face (and kill) during your quest. Some are impervious to certain attacks – like side tackles – while some can kill you with a single shot. As I said, the game can get pretty difficult, so be sure to take care of yourself as you work towards completing the objectives for each particular level. As for the objectives, they will go from things such as kill all enemies to get X number of critical hits, to finding an item, to name a few. These objectives spice up the levels and create a bit more variation while adding to the overall difficulty. They are purely optional though, so you can finish the game without ever completing a single objective. 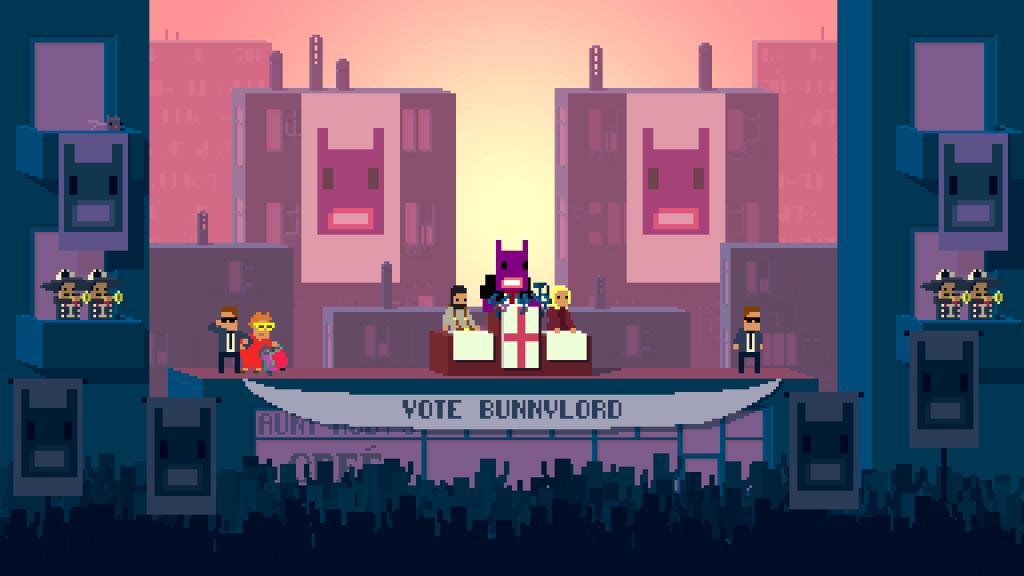 Overall, Not A Hero is a very fun but very, very challenging game. There is plenty of variety with the main game and the optional objectives keep you busy all the tie. The graphics are awesome, with a very nice style that is colorful and charming, and the music perfectly complements the action. I had a blast with Not A Hero, and I hope you do as well! 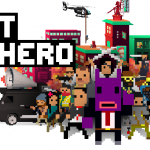 Not A Hero Review

Game title : Not A Hero

Vote To Play Is Back! Vote For One Of The Free PS+ Games For March 2016

Time For a New Trailer For Odin Sphere Leifthrasir!