Before I start this review I feel a disclaimer is in order. Growing up as a gaming I have always loved certain genres and loathed others.

– I despise precision platformers.
– I dislike games that are presented in ye olde 8-bit style.
– I hate hard-as-nails games that only exist to remind you how bad you are at video games.

And with that out of the way, let’s begin!

When Kinuhime is slain by a demon, Hayate becomes obsessed with revenge! Casting aside the art of invisibility, the blue ninja unleashes the power of shurikenjutsu onto mythological creatures, demons and other adversaries in his action-filled quest for vengeance!


Ninja Senki DX is a precision platformer presented in the ye olde 8-bit style, which undoubtedly means the game is hard as nails. “DX” is the remake of Tribute Games’ original 2010 release and it is now available on the PS4 and Vita but with new shiny and enticing bits added into the mix.

For all its trouble, the game is incredibly easy to understand. Left and right to move, X to jump/double jump and Square to throw Shurikens. While easy to understand, it’s unnecessarily difficult at times, introducing homing fireballs that can actually follow you for several screens at a time at only the second level seems a bit unfair! 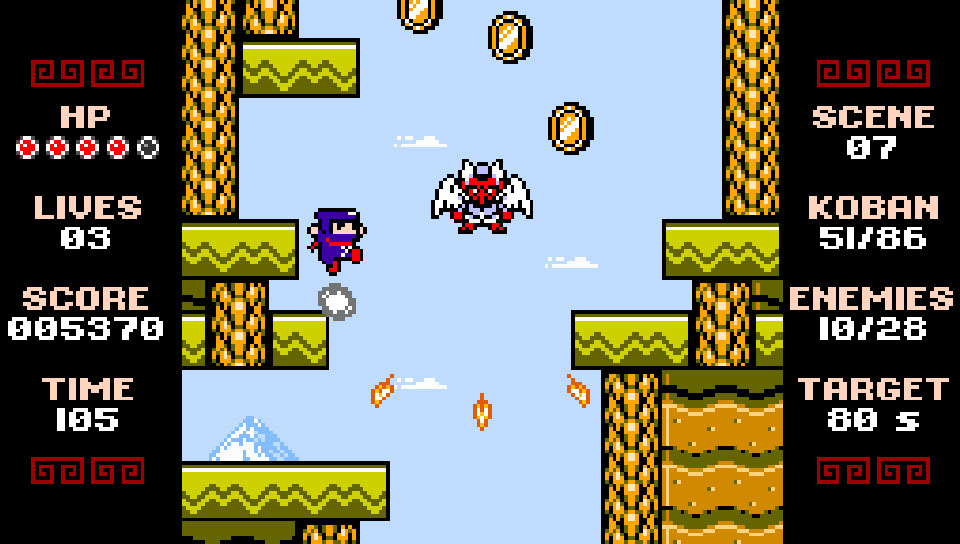 And that is my main gripe with the game. It just feels unfair. You may have access to the double jump, but it just feels as if the jumps are not as finely tuned as they could be. It doesn’t help that enemy placement often feels wholly unfair. Sometimes they are able to send attacks at you from off-screen causing you to die without warning or some enemies spawn within inches away from you in the most inopportune moment.

Now, this isn’t to say the game is entirely unfair. Yes, the difficulty spike is a pain, but it is impossible to argue that the game cheats. Die a few times and you eventually learn exactly where it is you are going wrong. If you don’t learn, there isn’t much the game can do for you except say-

That is one of the positives about the game, you fail a few times but you keep coming back because you know you can do better and most of the time your failing is just that- YOUR failing. I will recommend this game for those who enjoy a good challenge and old-style games that force you to earn your victory screen rather than coast your way to it. Get used to seeing the game over screen because that is where you will spend most of your time. Yes, you might have unlimited continues in the regular game but ultimately you just end up feeling you are not going to get anywhere. But if you actually like a modicum of challenge then this will be up your alley, and for true authenticity, I recommend playing it on Hardcore mode because the moment you lose, that’s it: game over. 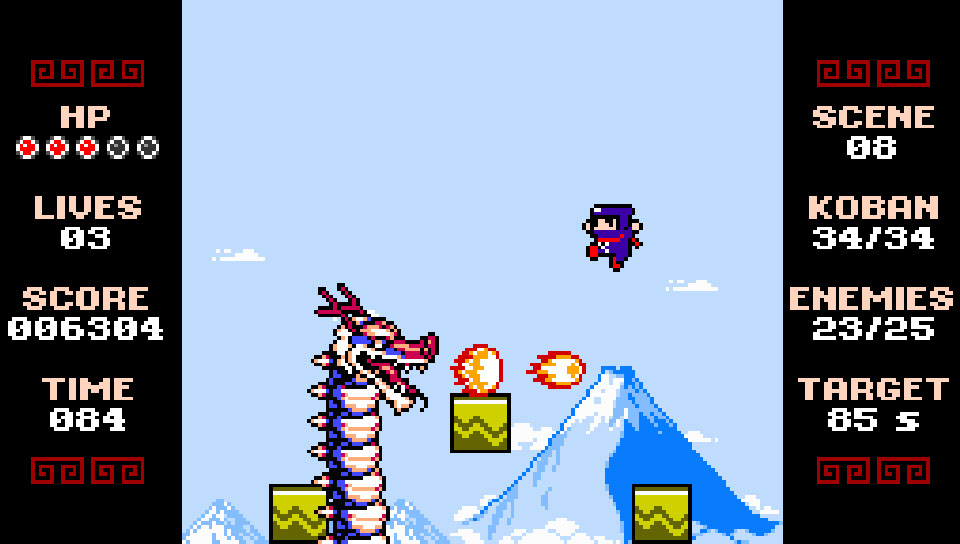 All in all, this is a good reworking of the original game adding new modes, updated visuals, trophies and an alternative soundtrack. If this is the kind of game you like and know what to expect, then you won’t be disappointed.


This review is based on a digital copy of Ninja Senki DX provided by Tribute Games.
0 comment
0
FacebookTwitterEmail

Play It On PS4 – Smite: Battleground of the Gods