Dogchild tells the story of a young courageous teenage boy called Tarpak and his dog Tarao, a pet with whom he shares a strong bond. Together they fight against the evil that is kidnapping dogs for experimentation purposes, giving it their all before it is too late!


The game’s name is a tad weird, so I didn’t know what to expect from my time with Dogchild, but to my surprise, I actually enjoyed the game very much. The gameplay mechanics are certainly fresh and different. Dogchild is certainly a game worth playing, and here’s why.

Although your main character might seem to be Tarpak, you will also have plenty of opportunities to play as Tarao. The game features a great puzzle system in which you swap between Tarpak and Tarao for their individual abilities. For example, Tarao can squeeze through small spaces and Tarpak can climb to higher places – very important skills for puzzle solving. The puzzles are not very taxing and are pretty easy to solve just by looking at a situation for a bit. 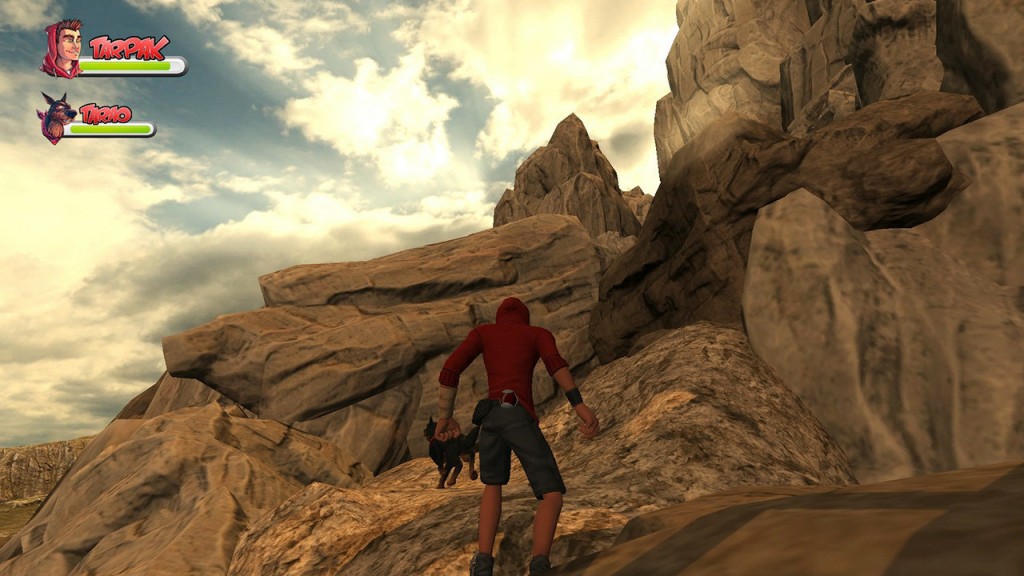 Tarpak and Tarao must investigate who is doing the dognapping, how they are doing it and who set it all up. Finding out how the dogs are being lured is where Tarao’s skills come into play. You can switch to Tarao by touching the DS4’s touchpad and in first person view you can see green smoke – this is a sniffing trail. Following the trail leads to a dig site, and it is there you find out how these evil people have been luring dogs. This is pretty much how puzzles play out. Tarao is perfect for being the eyes and ears of Tarpak so that you can see and hear things without being detected, and he can also create diversions when the need arises. 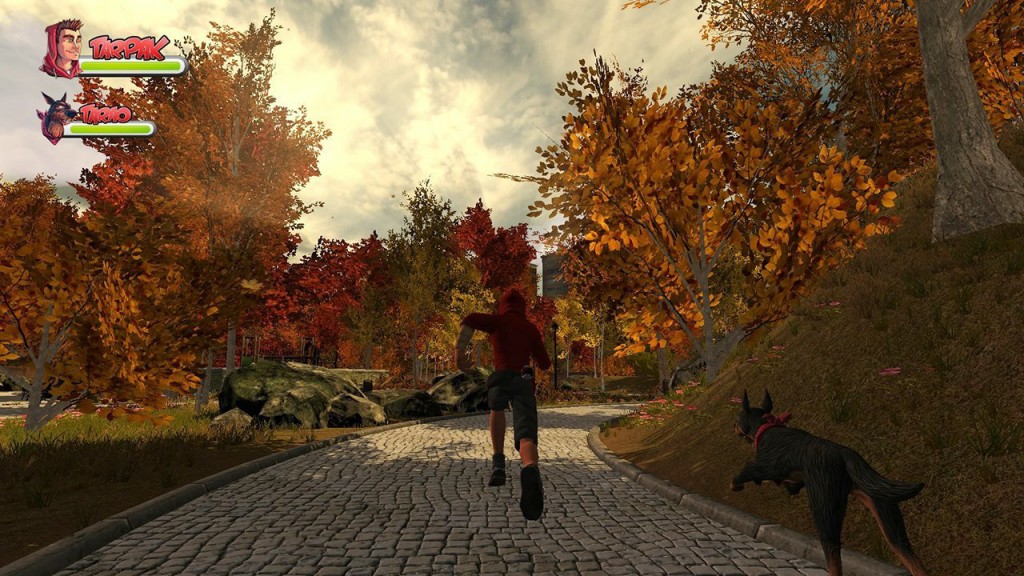 The combat aspect of Dogchild is where the bulk of the gameplay problems are. The combat system clearly needed a bit more work since right now it can be a bit frustrating at the best of times. The enemies will out number you and they have much better weapons than you. All you have is a rubber ball, and you have to aim at the enemies to knock em out, but the aiming does not work as intended and when you have the ball aimed you can miss very easily. On the upside, Tarao is a skilled fighter and can take enemies down on his own, and he can also intimidate them into staying down by barking. 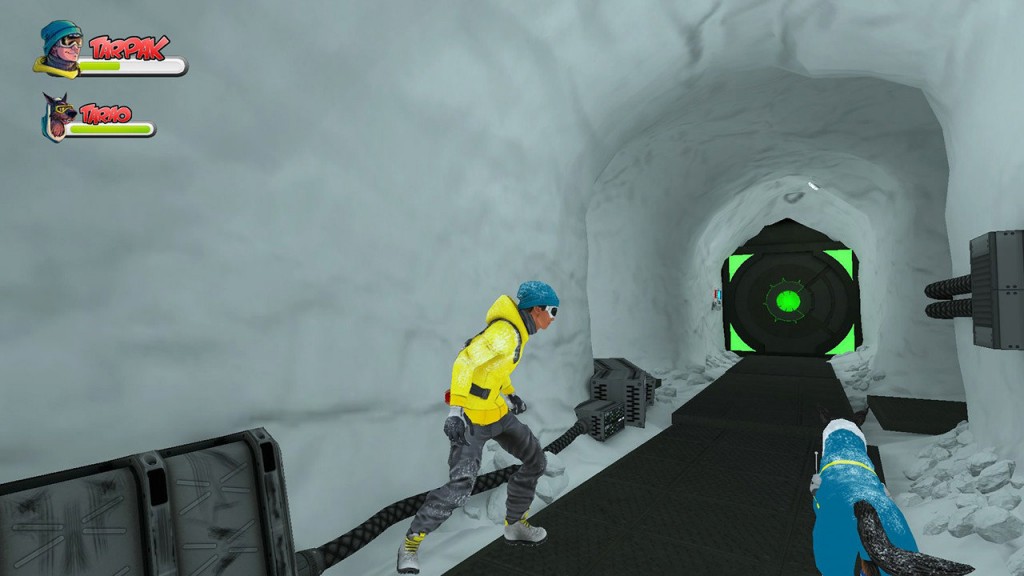 Apart from what I stated above the rest of the game is pretty good – it’s just the combat that is frustrating. I think it is good that the devs are aiming for a non-violent combat, but the aiming really does need to be bumped up a notch.

Dogchild has a good variety of locations to enjoy including an icy one that requires good timing when jumping across floors. There are six worlds in the game with plenty of collectibles – you can search for character cards and diary pages. Since they are not always in plain sight, and some are pretty well hidden, you should make sure to climb to the top to make sure you’re not missing any. 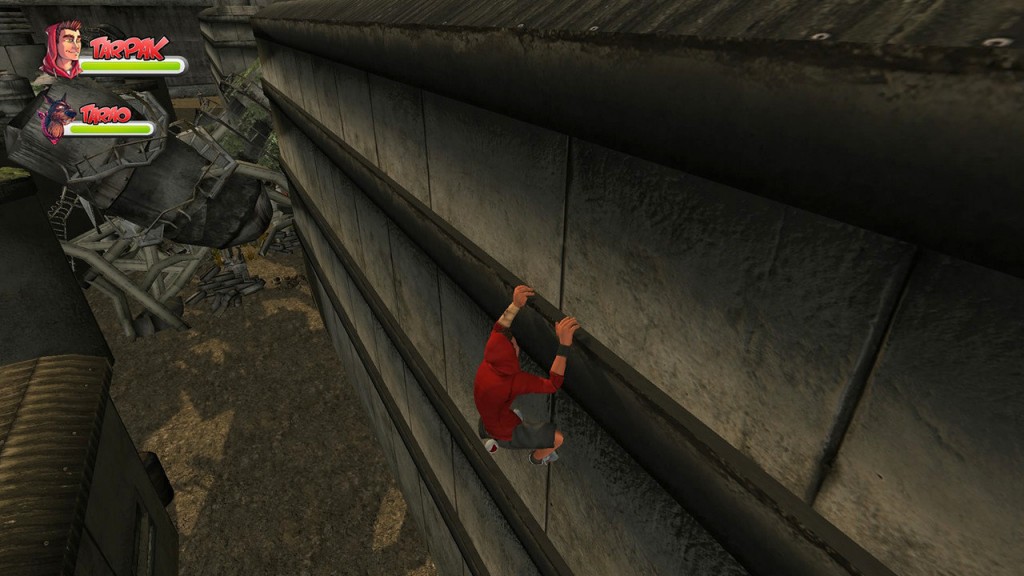 Overall, Dogchild is an enjoyable game. Combat needs a little work, but aside from that is it enjoyable. The devs clearly wanted to try something different in their game, and they pulled that off well. I think Dogchild is worth playing.

Disclaimer
This review is based on a EU PS4 copy of Dogchild provided by Animatoon Studios. 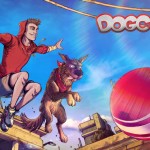 Now On PlayStation 4 – Lovers In A Dangerous Spacetime