DARIUSBURST Chronicle Saviours is a shoot ’em up extravaganza that gives us a look at where the genre has been and where it is going. With thousands (yes, that’s not a typo) of levels to unlock, you’ll be busy for a while with this fast-paced and action packed release. Are you ready? 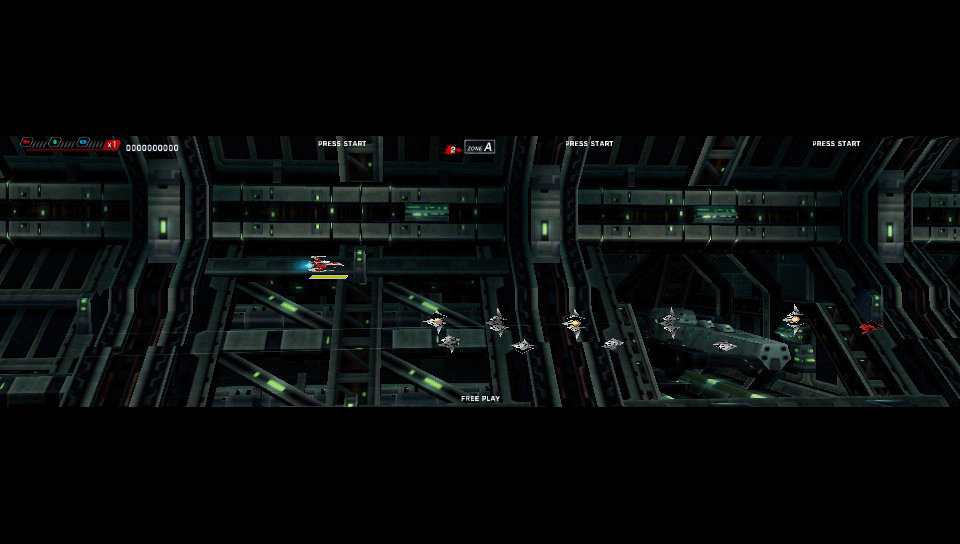 As with a lot of shoot ’em ups, you shouldn’t expect a meaty story as the main focus in the genre is – and will probably always be – the gameplay. The story is set in the future where a Hyperspace Network station is under heavy attack by aliens that use huge battleships in the shape of fish. You play as a hero tasked with defending Hyperspace Network and all the planets around it. That is about it for the story, aside from small snippets after each mission you complete.

In DARIUSBURST Chronicle Saviours you will traverse many sidescrolling areas, shooting enemy ships and overcoming the challenging and deadly bosses. I can tell you right now that these bosses are awesome! The design and attention to detail are mesmerizing – I don’t think I have been as impressed with a shoot ’em up since playing Resogun. 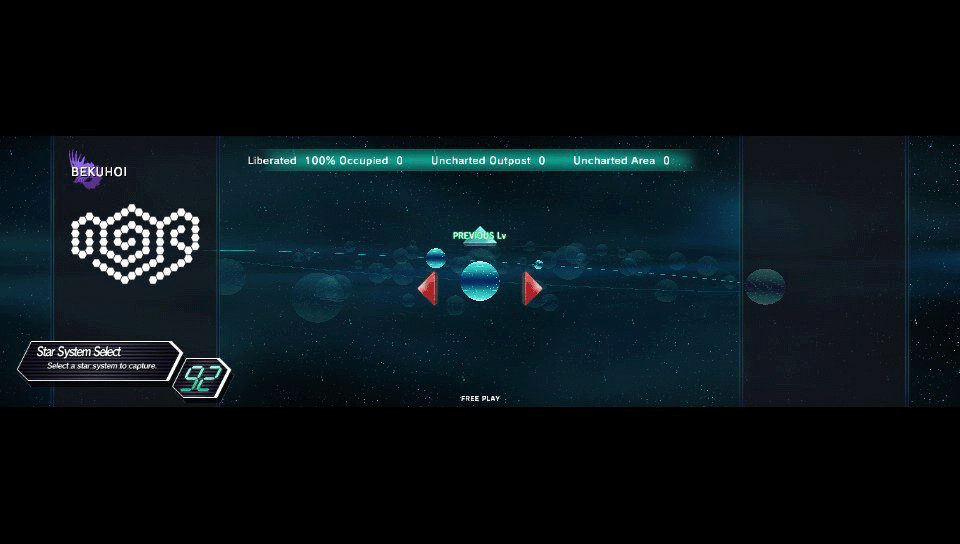 The game has several game modes. When you first boot up, you will have a choice between AC Mode (Another Chronicle) or CS Mode (Chronicle Saviours). On top of that, you have more options for your gaming entertainment There is Original Mode which has you playing through different zones with varying degrees of difficulty, and the further you progress the more challenging the zones become. This mode is more like a regular arcade shoot ’em up experience like what you used to find in arcades back in the day, so if that is more your thing, then you’ll feel right at home. Chronicle Mode is a mission-based mode, and in this one you have to do everything in one sitting (very old-school!). Original EX Mode is the same as Original Mode but with twelve more areas to play with and an overall harder experience. Last but not leat, there is Event mode – this is an online mode you can play with other players around the world (the game supports 1-4 players).

CS mode is a lot bigger than AC mode. There are no difficulty settings, and the mode plays out in a mission tree – once you complete one mission, more will branch out. On order to advance in the story both optional and mandatory missions have to be completed. Missions include defending planets as well as timed scramble missions that are quite frantic! 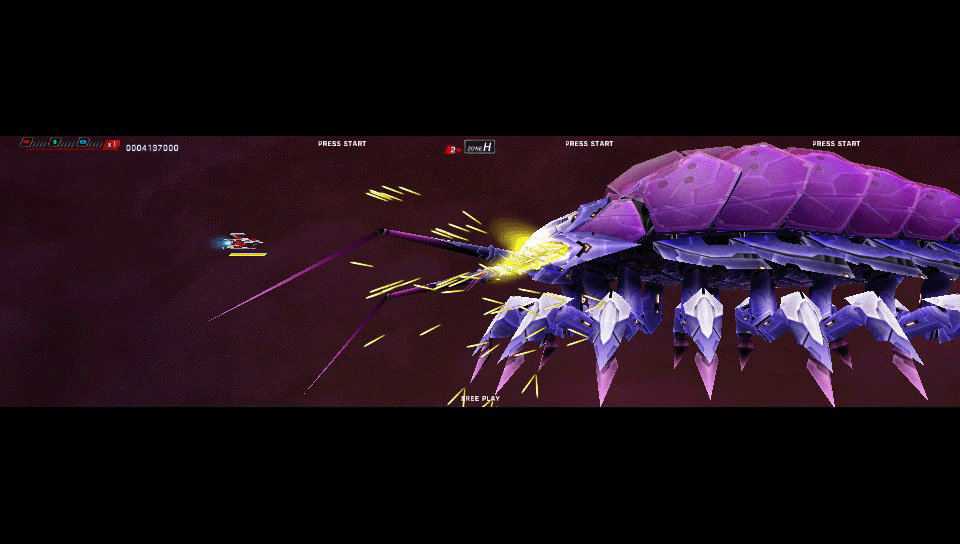 You can upgrade your ships with the points that you are awarded for completing missions and stages. Your points are awarded according to the scores you achieve, so the bigger the score the higher your reward. You can also buy ships too if you have enough points for your excellent performance!


During stages the enemies you defeat will drop orbs of varying colours, these either increase your score, give you health, others will upgrade your guns to give you bigger and better weapons. Let’s face it, you will need them to defeat the awesome huge monstrosities we call bosses! 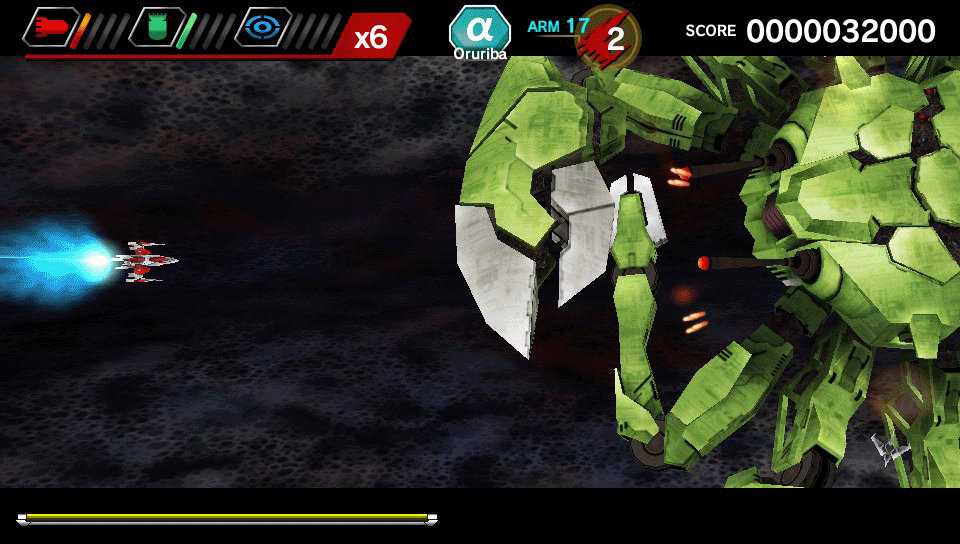 I also want to mention the Burst Gauge. This is a meter that fills up as you defeat enemies and when full you can fire a burst attack that fires a powerful laser that destroys anything in its path. I recommend saving the burst attack for the bosses as they take a fair bit to beat, and massive attacks from the Burst Gauge will get you closer to your goal. 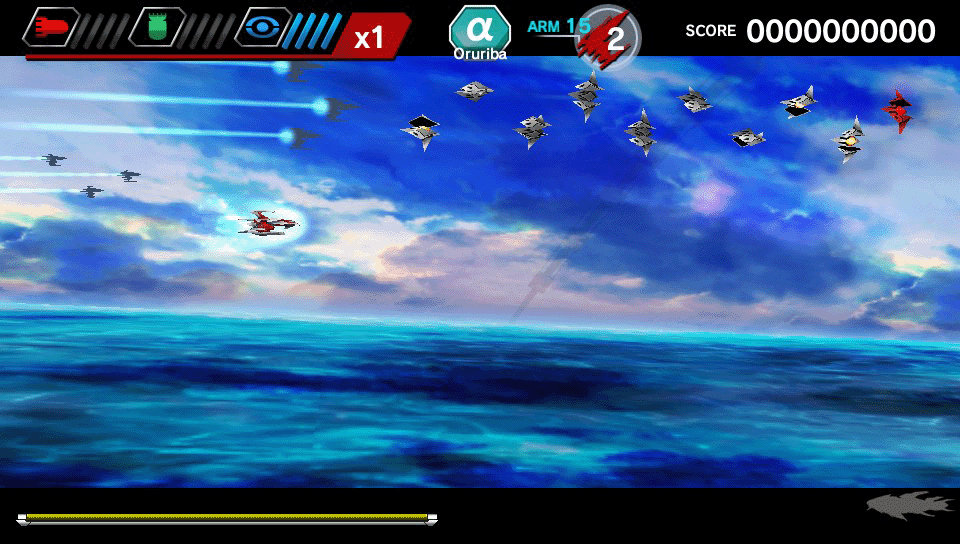 DARIUSBURST Chronicle Saviours is awesome fun with a ton of levels to enjoy and plenty of replayability. The graphics are wonderful, and the music is very upbeat. I have not encountered any bugs or glitches so far, making my time with the game a very smooth experience. The controls are easy to use and overall the game is great pick up and play option. If you want a good Shmup, then look no further than DARIUSBURST Chronicle Saviours.

Disclaimer
This review is based on a PS4 copy of DARIUSBURST Chronicle Saviours provided by DEGICA. 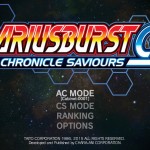 Play It On PS4 – Smite: Battleground of the Gods