We’re currently playing Siralim on PlayStation 4 for our review, so while you wait for that one to go live, we got in touch with Zach over at Thylacine Studios to talk about the game.

Hi! Thank you for joining us at PS4blog.net. Could you please get us going by presenting yourself to our readers?

Hey, everyone! I’m Zack from Thylacine Studios. I’m excited to release our first (and so far, only) game, Siralim, on Playstation 4 and PS Vita! I hope you’ll all enjoy it, and I can’t wait to hear what you think about it.


You’ve finally released Siralim on PlayStation 4 and PS Vita, so I’m sure you’re thrilled to see the game on Sony consoles. How would you describe the game to someone who hasn’t heard about it before?

You’re the ruler of your own kingdom called Siralim. In short, your duty as king or queen is to explore randomly generated dungeons called “realms” and complete quests. Along the way, you’ll collect creatures to fight for you in battle. You can equip your creatures with enchanted artifacts to grant them new abilities and powers. On your journey, you’ll also find tons of different spells and unique items to allow you to customize your team even more.

As a reward for winning battles, you’ll receive resources, and you can invest said resources in upgrades for your castle to unlock new rooms and NPCs, such as a blacksmith, an enchantress, a creature egg hatchery, and even a battle arena!

How long did you work on Siralim from when you came up with the basic concept for the game up to the launch on PlayStation?

I started working in the game mid-2013 and released it for Windows in late 2014. Since then, almost all my time has been dedicated to releasing free content updates for the game and making it the best possible game it can be. I recently stopped updating the game and shifted my focus to releasing the game on Playstation.

Why did you decide on building a monster capture game with randomly generated dungeons, quests, and items? What influenced you to push for this particular style of game?

When I was a kid, my favorite games were monster capture RPGs. Dragon Warrior Monsters was by far my favorite game, and I also enjoyed games like Pokemon, Robopon, and Magi-Nation. Unfortunately, I’ve come to realize that recent games in this genre don’t have the same magnetic touch that always attracted me so much as a child. Something needed to be done about that, so I created Siralim. I am extremely happy with the result, and I still play it daily!

On average, how many hours will it take someone to “complete” Siralim? Considering every run will be different, this would technically be and “endless game” but there is an end of sorts for each run, right?

Siralim was developed specifically to be an endless game. There is not a level cap for your character or your creatures, and enemies scale to infinity as well, so you can continue to gain experience points and improve your team forever. Some players on Steam have clocked in over 500 hours so far. With that said, the game is delivered to you in bite-sized pieces. Dungeons don’t take very long to clear, so whether you have 15 minutes or 15 hours to sit down and play, you’ll always be able to progress in the game. 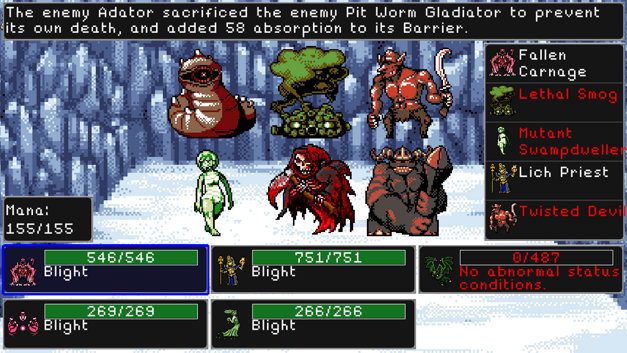 Are you done with Siralim, or are you considering developing additional content for the game?

Siralim is complete. If people find bugs or crashes, I’ll fix them, but there won’t be any new content released for this game. I’ve been releasing free content patches for the game on other platforms for over a year now, so I’m considering the Playstation release to be the final version.

What other projects are you currently working on and what platforms are you targeting for a potential release?

I’m focusing on the development of Siralim 2 now. The open beta will hopefully begin in a few months for Windows, and, after all, the bugs are fixed, and the game is balanced, I’ll start rolling it out to other platforms, including Playstation 4 and Vita. 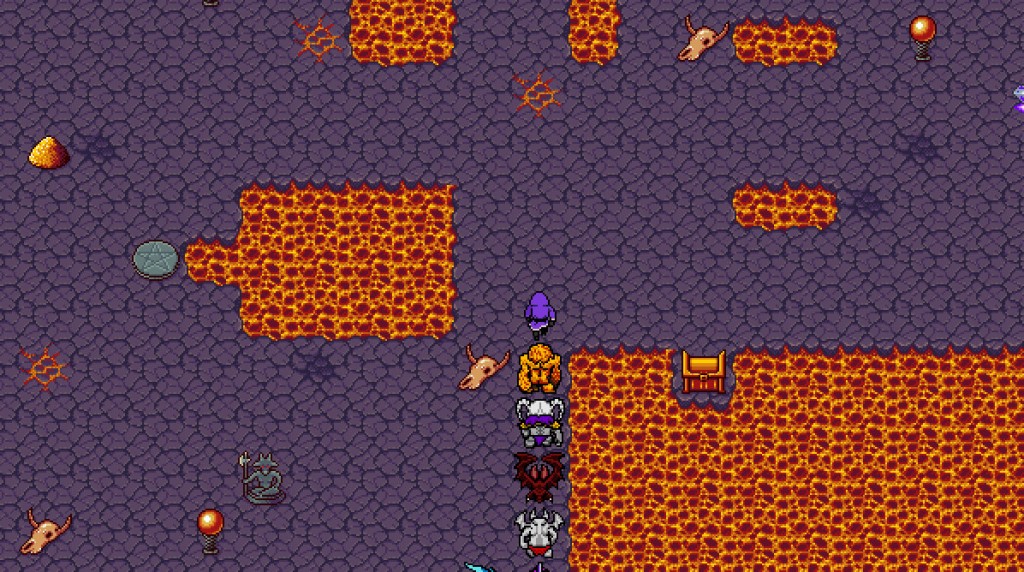 Thank you for your time. Would you like to add something else before we go?

Thank you for the interview, and thanks to everyone who took the time to read it! I’m very excited to get this game into your hands, and I hope you’ll have fun playing it.

The Walking Dead: Michonne – In Too Deep Out On February 23