Guns, Gore & Cannoli is a 2D comedy sidescroller set in the 1920’s prohibition era where the mafia gained a lot of prominence in the United States. You play as Vinnie Cannoli a Mafia enforcer fighting a Zombie uprising. Yes, the game is all about gangsters vs. Zombies. What could possibly go wrong with a game like this?


Your mission is to go to Thugtown to locate someone who was kidnapped. He knew there were problems in Thugtown, but he definitely didn’t know how bad the situation was until he arrived and immediately faced hordes of the Undead walking towards him looking for their next lunch!

Gameplay is very easy, and you can just jump in and play without much need for an explanation. The goal is just to survive chapter after chapter as you battle the neverending hordes of the walking undead. You can shot, kick, throw grenades and Molotov cocktails, and you will pick up health, new guns, and bullets along the way so you will very rarely run out of bullets. In fact, the gun you start the game with is a pistol with unlimited ammo, so if you ever do run out of bullets you will automatically use the pistol until you find more ammo for your favorite weapon of choice. I found the machine gun to be really awesome and while the shotgun didn’t shoot far enough it was perfect for a quick blast of death to the undead. 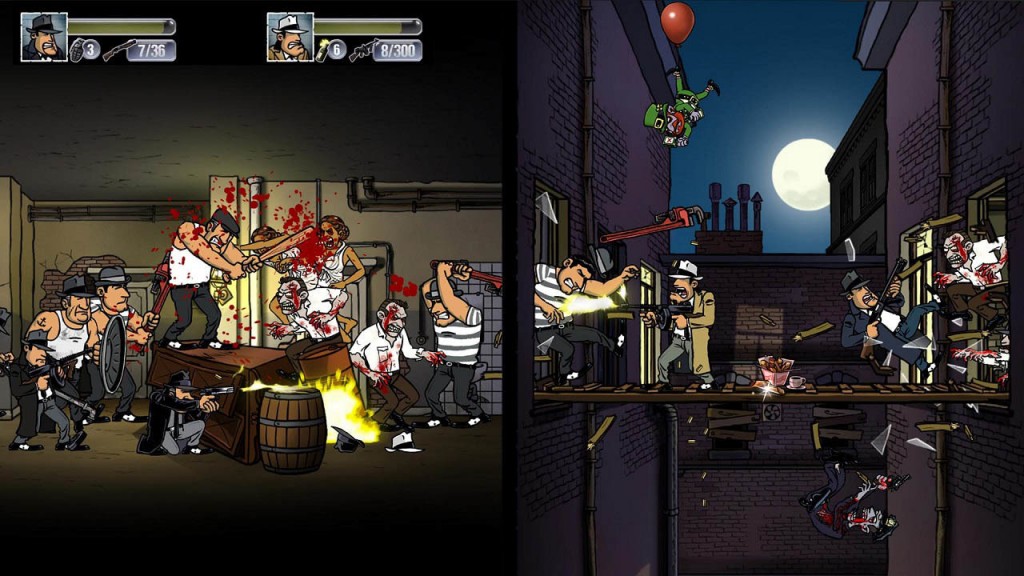 Gameplay can get pretty tough pretty early on you since you will quickly be outnumbered from both directions. There are points when thing get extremely difficult and frustrating, but luckily the checkpointing system is very good and very generous. On top of the fun but challenging gameplay, you will have encounters with powerful bosses, and boy are they tough! I’d focus on using your best weapons first and grenades and Molotovs to make a big enough dent on their health before you unleash hell from the best guns in your arsenal.

For Guns, Gore & Cannoli, the undead come in plenty of flavors. You have the standard walkers and crawlers, and you have others that will explode on impact (because, why not?). Some undead will even rush at you like football players, some have weapons and will shoot at you or carry meat cleavers they can throw your way. Be ready to duck A LOT!

You can play the game in co-op with up to 4 players locally, which will take out some of the frustrations – ideally it should be played with buddies but it is very doable in solo play. You need the patience of a saint and nerves of steel to play this on your own, but you will be rewarded in the end when you point at your trophy count! 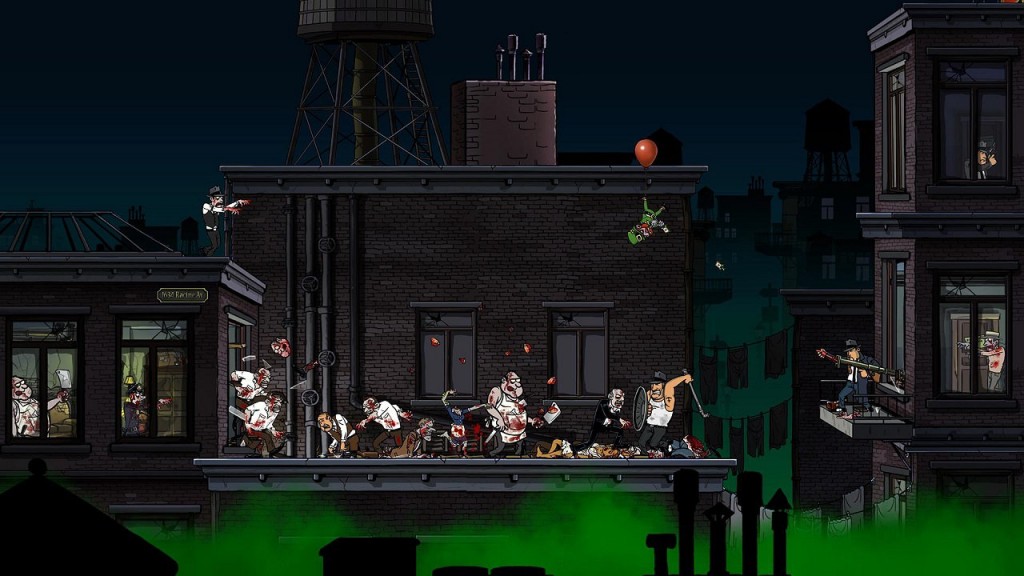 Overall, this is very fun and quirky game. The graphics are fun and cartoony and very well done, and the 2D environments have a good variety. There is a lot of tongue in cheek humour to enjoy as well as some brilliant classic one-liners from well-known movies to keep things moving in the right direction.

Guns, Gore and Cannoli is definitely worth picking up and playing despite the short campaign. There are only 12 levels and it can be done in a single evening depending on your skill and the difficulty you choose. The higher, the difficulty the longer the campaign may take, but in the end the game is fun, and that is what makes this a release you should add to your collection. 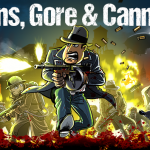