You have four classes at your disposal: Ranger, Wing Diver, Air Raider or Fencer. Rangers are infantryman who specialize in combat and can handle a wide range of weapons. Wing Divers are an all-female unit that use jet-packs to get around. Air Raiders coordinate airstrikes and bombardment from the ground. Fencers are the most powerful of the lot and are heavily armed soldiers, capable of using gigantic weapons – they can also wield a weapon in each arm and use them at the same time! 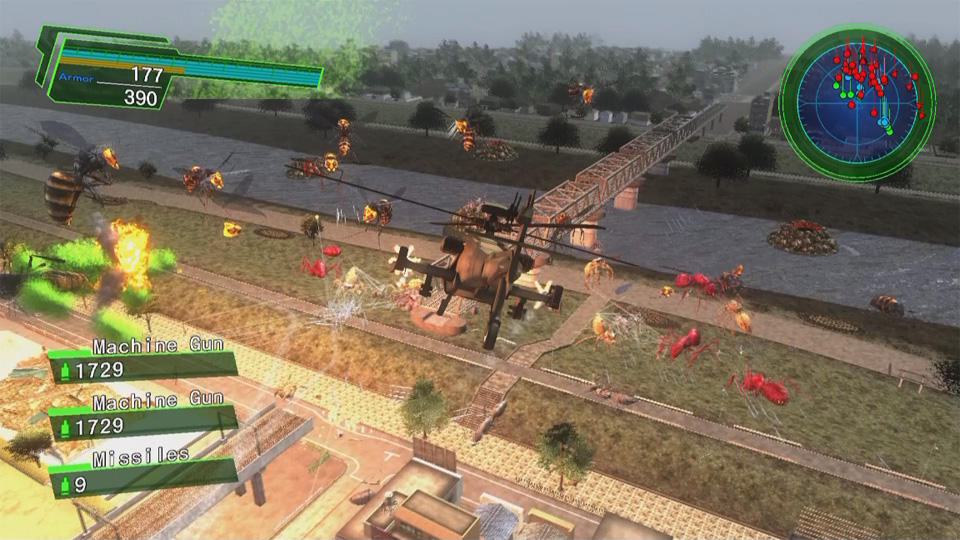 When you start the game you will be able to choose Mission Mode where you can play a number of levels either solo or in two player split- screen, which is ideal if you have a buddy who loves EDF and will play alongside you. You can play Online Mission Mode as well, either with friends or random strangers. You can also go head to head in Versus Mode. The choice is yours!After you pick your mode you will be taken to the Headquarters screen where you choose your classes, view your battle history and configure the game settings to your liking. 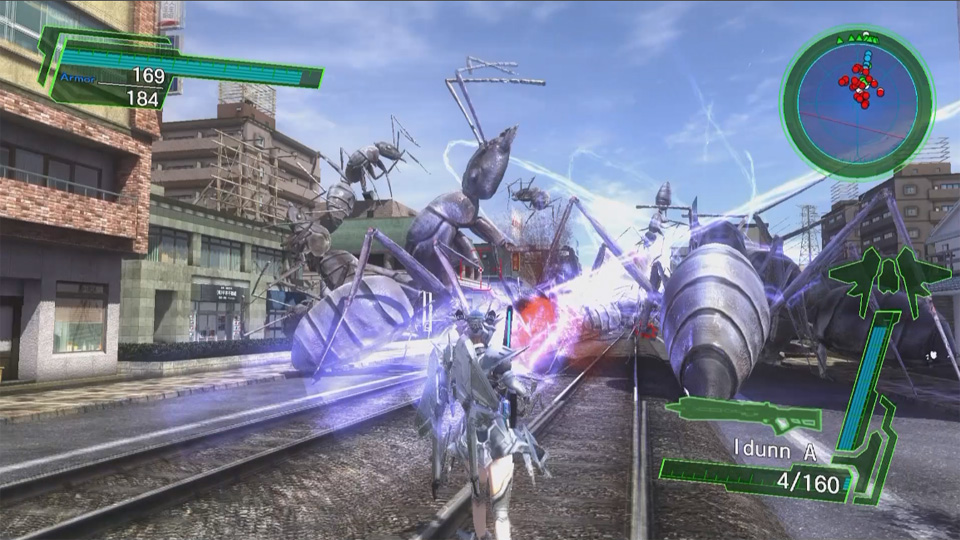 Early in the game once you start the first mission, it starts out pretty easy since you just have to defeat huge swarms of giant bugs that look like ants, climb buildings, charge at you and will pick you up and eat you if given the chance. Each enemy you destroy has a chance to drop items such as health, weapons and armor, and they drop all over the level and in various colours. It doesn’t take very long to build a ridiculous arsenal of weapons. The sheer number of weapons I had accumulated after just 5 levels was mouth watering. It was fun experimenting with several distinct weapons here and there, but each class has its own specific weapons and you can change classes at the end of each level, so you have a greater choice of weapons to play with, and the list is almost endless! 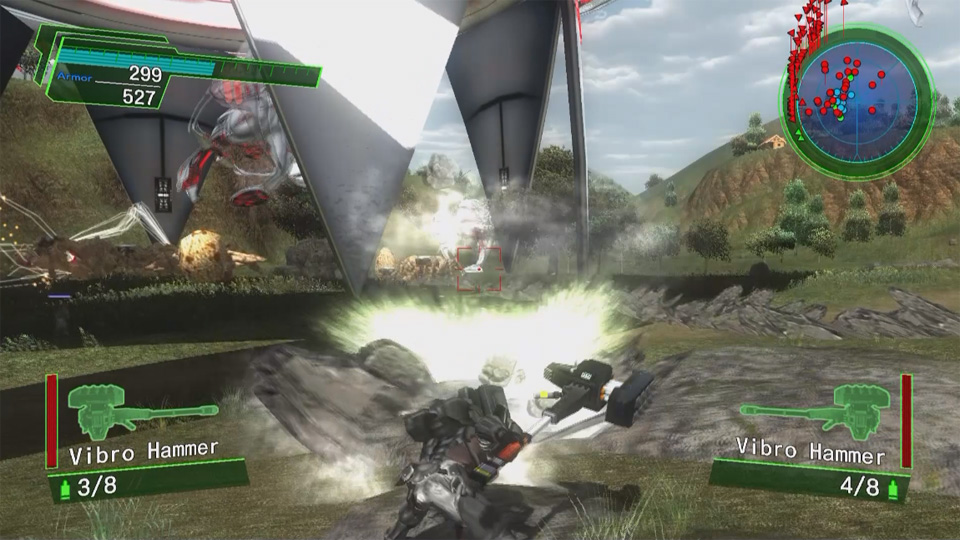 Now the levels are not exactly small and are actual massive chunks of land, so you can go in any direction you want and hit wherever the bugs are. They are usually clumped together in red dots on your minimap and once you clear those, another bunch will appear in another location in the same level on your minimap, so there’s a lot of running around in this game. 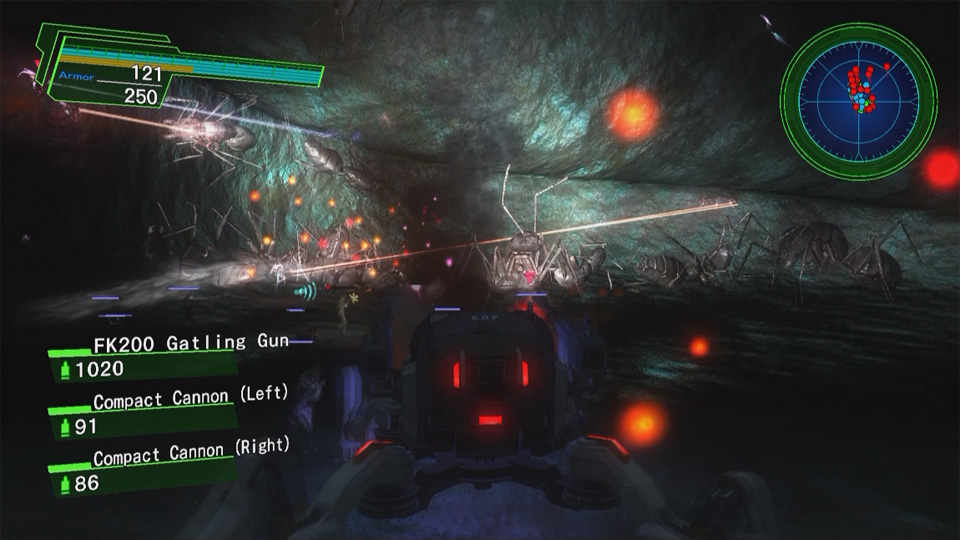 Aside from giant ants, there are also spiders who spit out webs and the bots that shoot plasma beams that can shatter buildings – plenty of enemies with big frantic explosions and heart racing gameplay. Earth Defense Force 4.1: Shadow of New Despair is a game that will keep you on your toes. There are a number of difficulties to suit gamers of all gaming levels. So if you have played any other of the previous titles you will be mad to miss this. 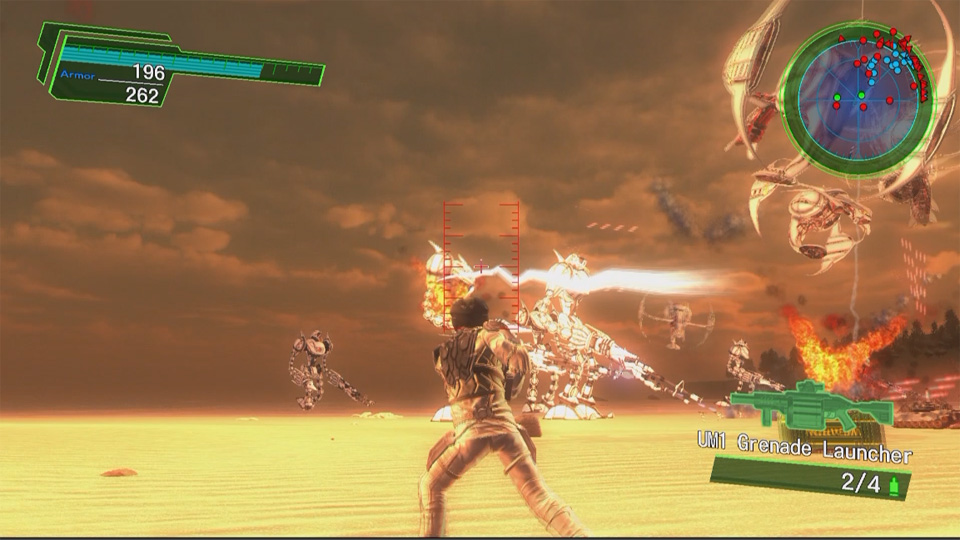 As with most Earth Defense Force games, there are bugs and glitches that have become part of the game’s charm over the years. Since the release of the, game XSEED has released a patch to fix framerate drops in certain levels and they have also included the Depth Crawler Gold Coat, which can be equipped by Air Raiders, as well as delivering game stability fixes. So if you have yet to pick up Earth Defense Force 4.1 you’ll be happy to know the game will now run more smoothly for you. 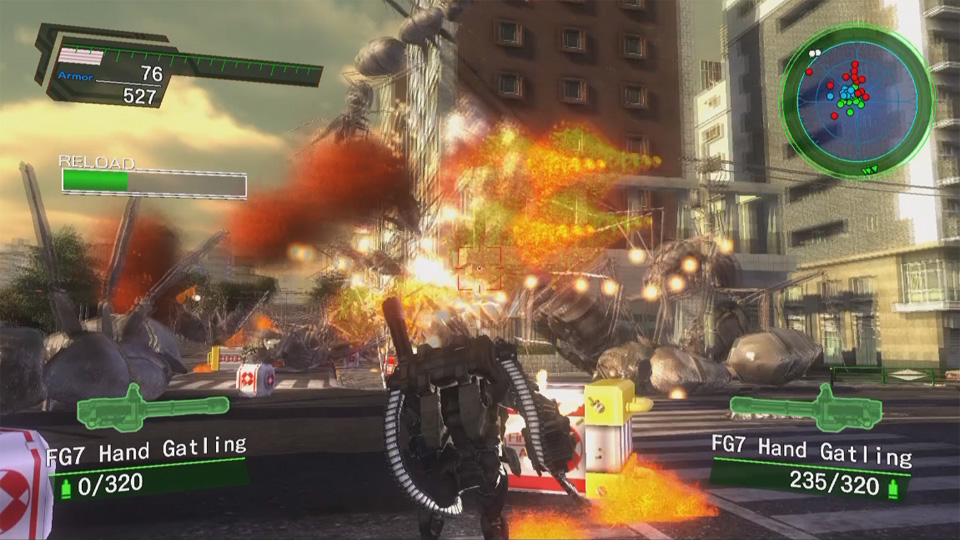 Earth Defense Force 4.1: Shadow of New Despair has almost 100 levels to chew through, and with each level it get’s more frantic, and the monsters get bigger, meaner, and badder! So before long you will have bigger things to worry about than just ants and spiders! You can, of course, choose a difficulty level at the start of every mission, so you are not tied to just a single difficulty setting. So if by level 50 you find the Inferno Difficulty a bit too much, you can just let yourself die and start again on a lower difficulty without any penalty. 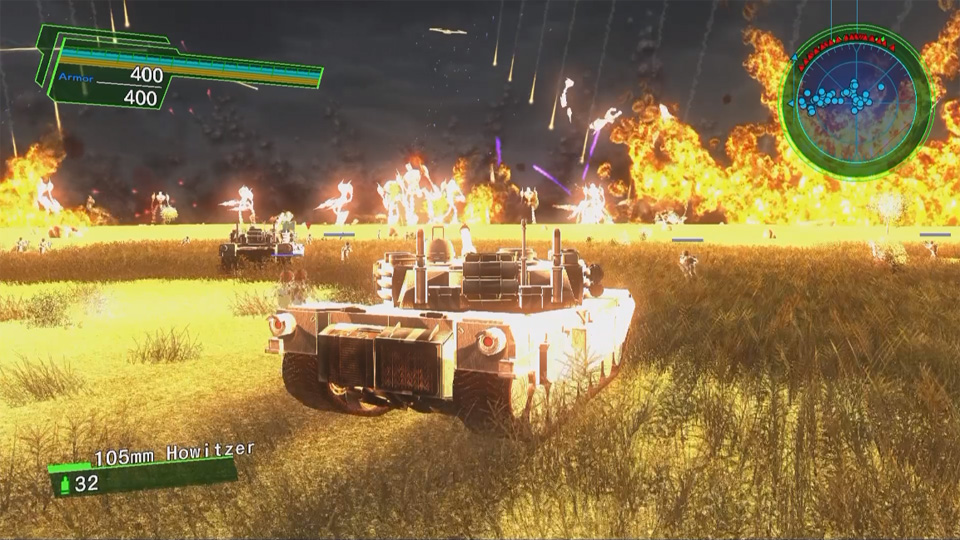 I do have to admit that in my opinion the graphics could have been better on PS4, but luckily the game is very fun and will provide you with dozens of hours of entertainment, and, in the end, that’s what really matters. 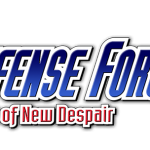 The bugs are out to get you!

Out Next Week – Fenix Furia On PlayStation 4