Physics and Destruction-Based Golf is coming to PS4 in May!

Cleverly named Dangerous Golf is a new physics-based golf game is coming to the PS4. It is being developed by a new game development studio named Three Fields Entertainment, which includes old employees of Criterion Games, Ubisoft, and Disney. Sounds promising!

In this game, your goal is not to play the best golf of your live, but instead, “you’re playing for points awarded for causing damage“. This sounds like a game that will be a hit playing with friends!

For our first title, we wanted to make a wild, physics-powered experience that harnesses the gameplay, technology, and power of PS4. We also wanted to focus on what we do best — which is making fast, fun, and spectacular arcade style games. Dangerous Golf is just that. It’s as serious a true golf game as Burnout was a serious simulation of real driving.

Despite the fact that Dangerous Golf is a fun and silly game, it has a serious technical edge. We’ve been working closely with the guys in Epic’s Unreal Engine 4 team and Nvidia to deliver a truly physics-driven game. 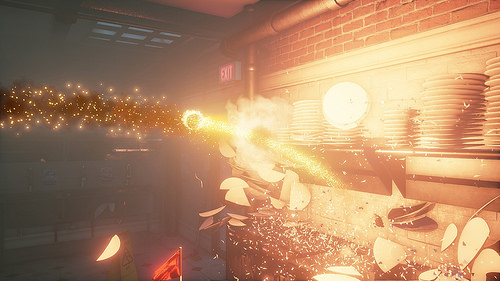 Curious about this title? You can find more information on the Official Playstion Blog.