Trine 3: The Artifacts of Power is the third game in Frozenbyte’s puzzle/platforming series. Even though the formula of Trine is now familiar and well established, Trine 3 attempts to shake things up a little by adding an extra dimension to the mix. Read below to see our thoughts of this new entry in the Trine franchise!

Amadeus the Wizard, Pontius the Knight, and Zoya the Thief have slowly come to the conclusion that having their lives commandeered by a powerful magical artifact is not a desirable state of existence on a permanent basis.

The heroes try to return their extraordinary gifts to the Artifact called Trine, and so they meddle with powers beyond their understanding: Trine shatters, and a heartless ancient sorcerer escapes. With only a broken artifact to guide them, the heroes must try and repair the damage they’ve caused… or the damage that might yet be done.

Trine 3: The Artifacts of Power – Trailer


Pontius, Zoya, and Amadeus are back again, happily enjoying their separate lives AWAY from each other… until the Artifact of Souls zooms in to once again recruit them for yet another adventure. Needless to say, the trio are not pleased about this and try to find a way to break away from the Artifact.

The first thing you will notice is how much prettier everything looks, so rich, colorful and much more vibrant in comparison to previous incarnations in the series. As you progress and explore, you’ll start to appreciate the world even more. Things feel more involved and grander when you also consider Terry Wilton’s impressive voicework as the Narrator, which was especially noteworthy. While the others seem a little lacking, Terry’s work does shine. At first glance everything is a great deal better than its predecessors! 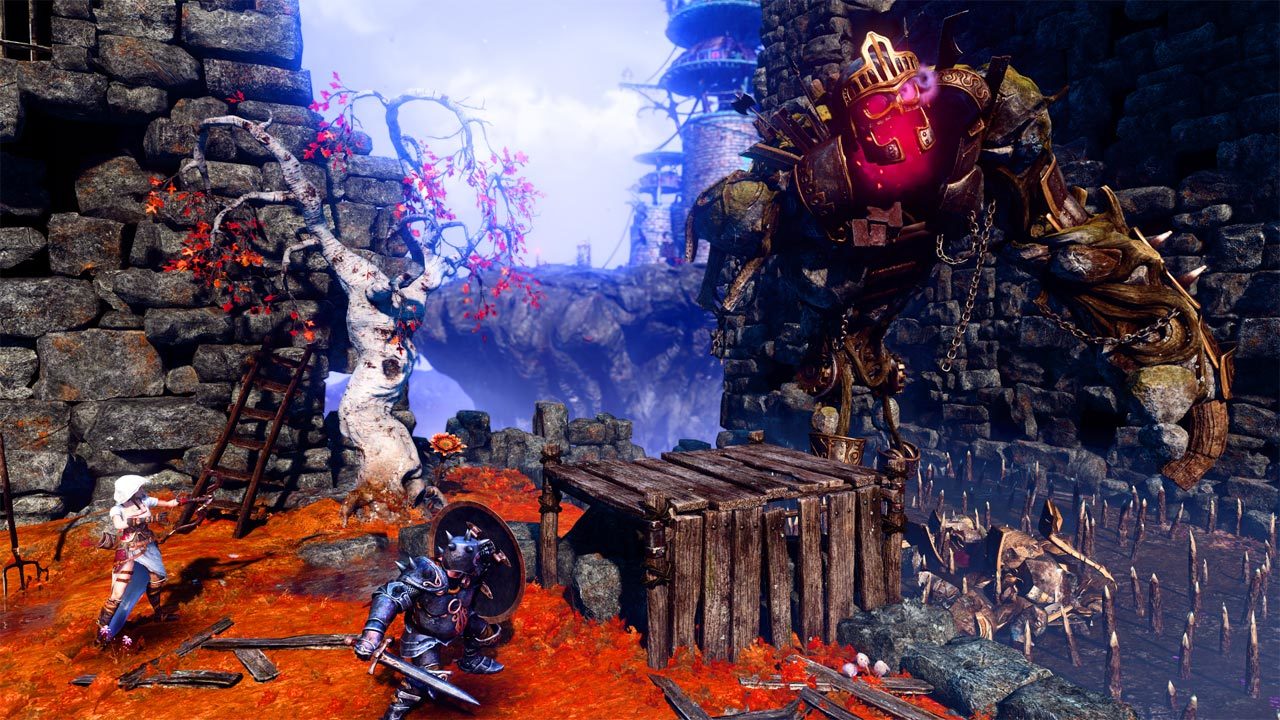 Yes, an older PS3 game (which, granted, was ported to PS4 with many improvements) is being compared to a newer PS4 game, but it is worth mentioning especially when the game incorporates its new 3D (or 2.5 D to be more precise) look into its design as well as its puzzles. The tried and tested Trine method of “just summon a box to break the puzzle” still applies, but the new 3D twist also allows for some interesting combat sections against enemies coming at you in groups. Speaking of which, Pontius the Knight truly comes into his own when for a moment you feel as though you are playing a nicely crafted action adventure game.

The problems begin to pop up once you actually get into the meat of the game. The game seem to lack just a bit of the extra polish of previous entries in the series, and on a few occasions the game crashed or certain sections of areas didn’t load up which caused me to restart the section I was on. Also, with Pontius, his animation would inexplicably become buggy causing the character to shuffle and slide across the map and ignore controller input. As funny as it was, it is INDEED frustrating. 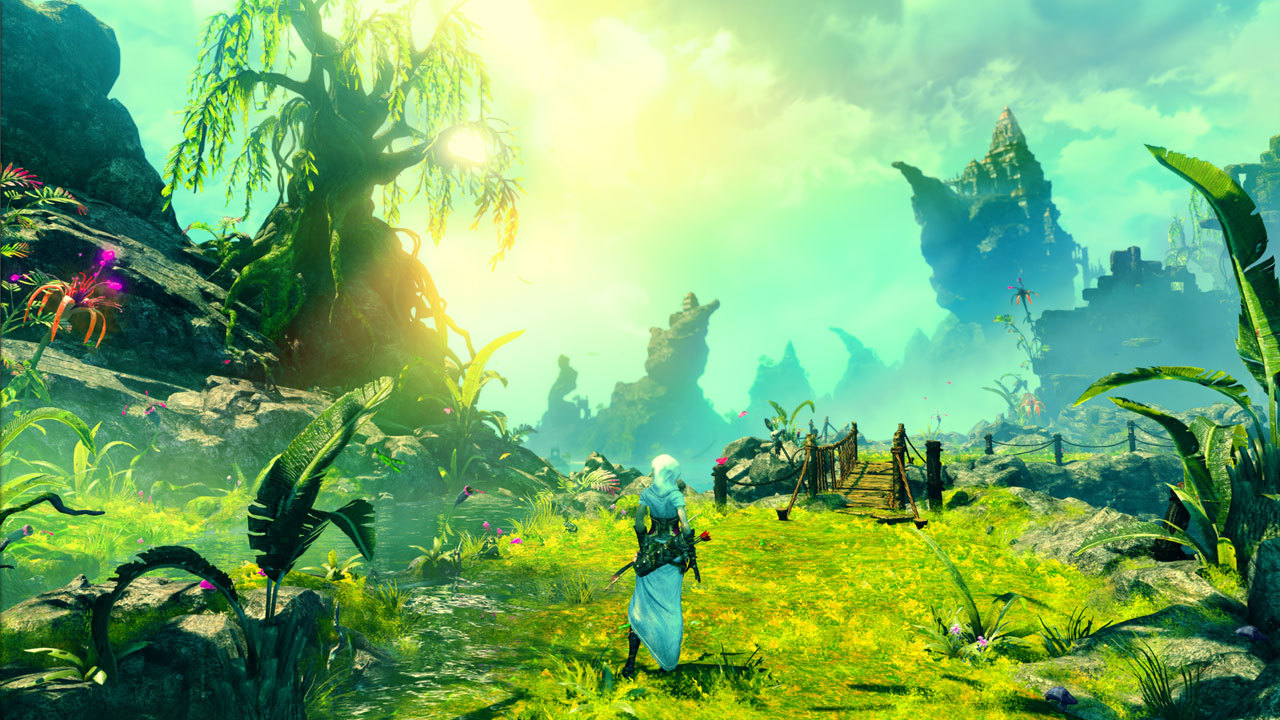 While the move to 3D was an entirely welcomed addition, it did make some sections irritating as you try to figure out which bits of an area are traversable or just there for decoration. All of this is then compounded when you first arrive on the overworld map – you are free to walk everywhere, but chapters are locked until you acquire the necessary amount of Trine pieces to unlock each one. It soon dawns on you just how short the game potentially could be and as you play it becomes more apparent. Sure, we have challenge maps peppered everywhere to bolster the playtime, but you can’t help but notice how the game isn’t as long as the other two Trine releases. Learning new abilities is a thing of the past as the skills you begin with are all you get. I do want to note that the game does a good job introducing you to them with only a couple of missteps in the tutorial sections.

With eight main story chapters in total, the first three chapters acts as a tutorial of sorts to introduce the different characters and their methods of control. Yes, there are side quests and a couple of challenge maps in here, but the price tag ($22 or £18 depending on your region) does come into mind, especially since the PS4 version currently lacks online MP. On the bright side, Couch co-op is definitely a welcomed addition.

The Artifacts of Power is a good game, but I can definitely see how it could have been even better had more time been placed on its development and eventual port to the PlayStation 4. The developer is currently working on more content for the game, so here’s hoping that reaches Sony’s console soon.

You can purchase Trine 3: The Artifacts of Power from the PSN.


This review is based on a EU PS4 copy of Trine 3: The Artifacts of Power provided by Frozenbyte.