Super Exploding Zoo from the indie developers behind the weird but charming Hohokum is a cute, and addictive puzzle release. Super Exploding Zoo is an arcade puzzler with a hint of tower defense. You are tasked with rounding up herds of animals and blowing up the black aliens before they reach your eggs – protecting your eggs is your ultimate goal.


In Super Exploding Zoo, you have four worlds with 20 levels each to complete, so that means you have 80 fully destructible levels to chew through. Each animal has a point value over its head. Penguins are worth one point, Crocodiles are worth two points and so on. The higher the number, the easier and quicker it is to explode the aliens, so if you want to speed things up be sure to use the highest value animals when possible!

Each animal type also has a special ability to help you complete levels. For example, Monkeys can explode walls, Meerkats can dig underground, Crocodiles can create a bridge across water, and Lions can sit on podiums and slow down the aliens with their bad breath. But some animals have no abilities, as is the case for the Donkeys and Penguins. 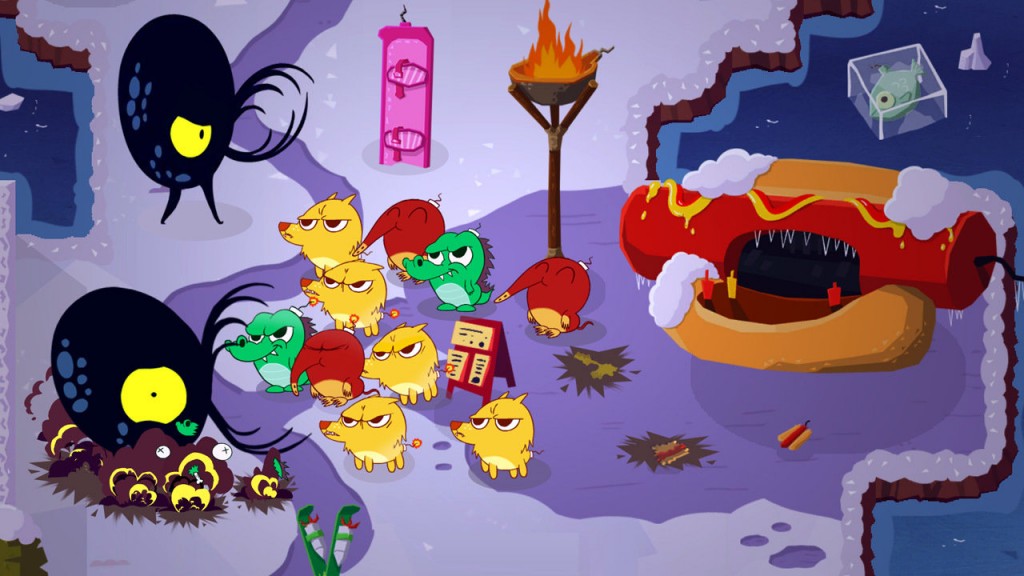 The game has an online VS mode as well but, as is usually the case for indie releases with an online component, it is very difficult to get a game or join one, and sometimes you even get kicked out before joining. There is definitely not much interest in online multiplayer, which is a shame as I wanted to try it for the purpose of this review since the single player game is so fun. 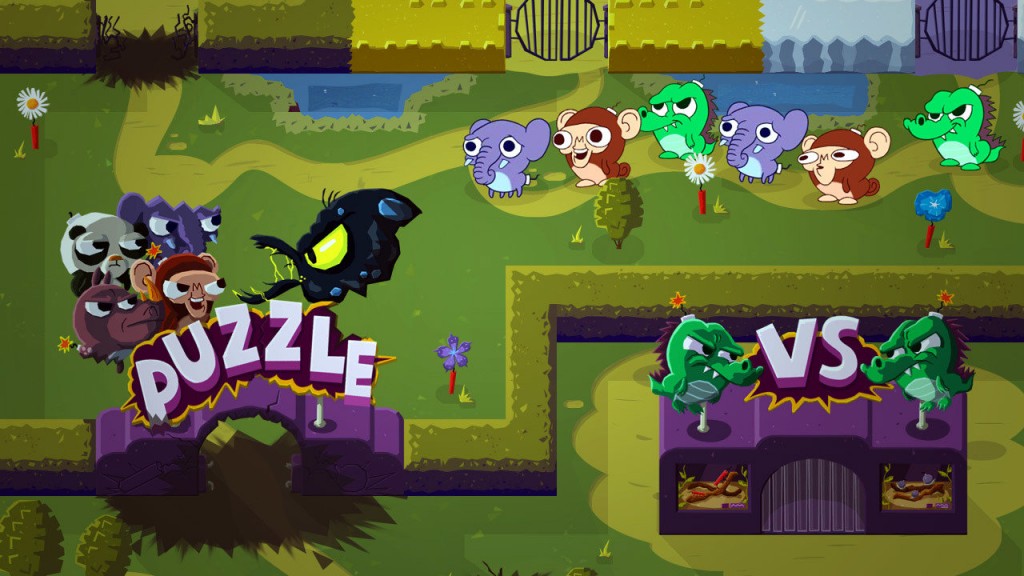 Super Exploding Zoo has a hub that you can explore to find very useful areas. The hatchery is where you can unlock new animals as you progress, and you can also view the stickers you have picked up during levels – there are 20 of these in total to collect. There are also six postcards to collect, so those who love collectibles definitely have something extra to keep them busy!

Super Exploding Zoo has a leaderboards feature as well where you can take a look at the global scores or compare your scores with those of your friends. This is always a nice feature to have since it can greatly extend the replay value of a game.

The game can get a little tough after level 40. It can be a little frustrating after that mark but in a fun and challenging kind of way. Players will need to experiment a little bit to see what works and what doesn’t. Overall it is a very addictive game, and I was completely hooked during my first hour with Super Exploding Zoo. 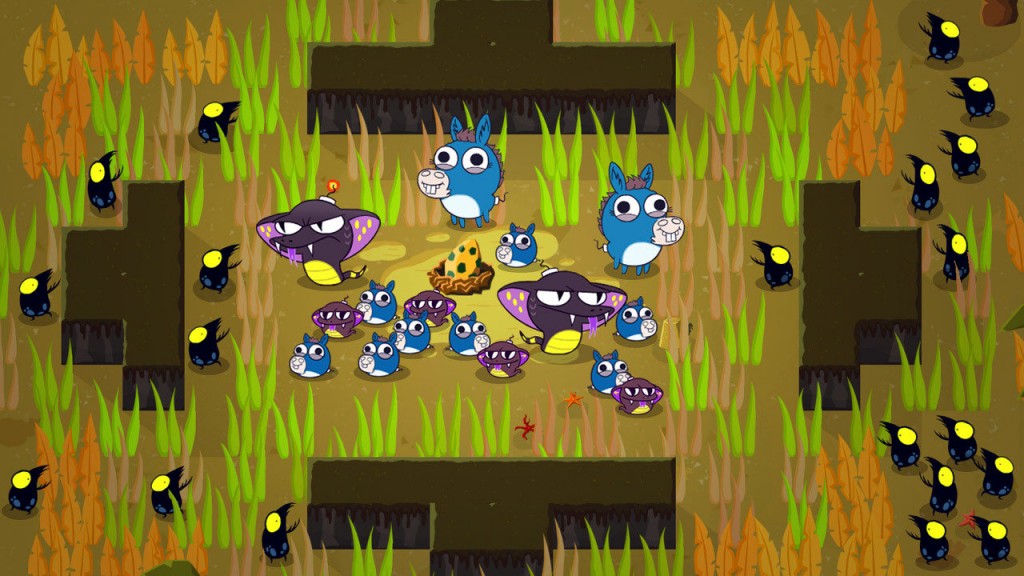 In later levels, you can give birth to baby animals in green grass and grow them into adults in the golden colored grass, and this breeding mechanic is my favorite! All those baby animals are so cute, and that extra layer of strategy kept me busy for a while.

Super Exploding Zoo is an absolute blast to play, and surprisingly for a short game with only 80 levels there is a Platinum trophy! That is always a plus in my opinion, and it is nice to see a growing number of smaller titles getting the platinum treatment. There is a total of 19 trophies to earn in this incredibly addictive title: 4 Bronze, 6 Silver, 8 Gold and the coveted Platinum. 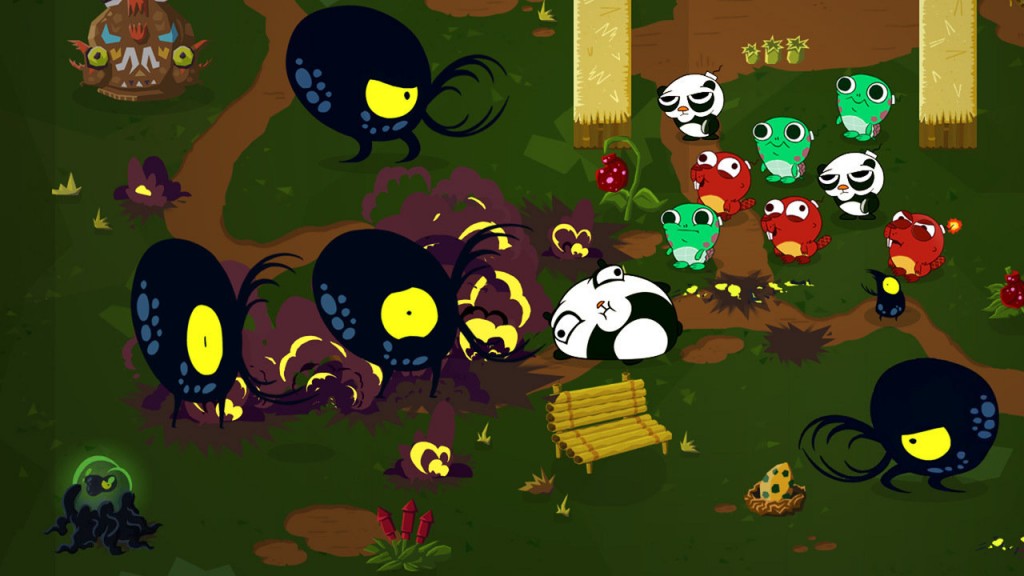 While the PS4 version works flawlessly, friends of mine who prefer to take their gaming on the go and who have played Super Exploding Zoo on PS Vita have said that there are crashing and freezing issues along with a few trophies not unlocking properly. I had a look on the devs twitter, and it seems they are aware of the issues on the PS Vita and are working on a patch to fix them, so that’s good news for the Vita players. 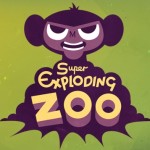 The Legend of Heroes: Trails of Cold Steel Gets A New Announcement Trailer