Who loves the Overlord series? Well, I certainly do and I was absolutely elated when I was given the opportunity to review Overlord: Fellowship Of Evil. I absolutely devoured the first two and I was gutted when the next Overlord game in the series was announced as a Wii exclusive since I didn’t own one (I now own a Wii U so I’m set!). Unfortunately, Overlord; Fellowship Of Evil is not a full blown Overlord game, but more of a bite-sized digital edition. Read on to see if this is a game you should get or one that you should avoid.


Overlord: Fellowship of Evil is a dark and twisted action RPG full of black humour – your mission is to bring back evil into a world that is currently ruled by do-gooders! You must reclaim your dark evil world by resurrecting the four fallen servants of darkness to restore the balance to the Netherworld. You can choose to play one of four Netherguls: Inferna, Hakon, Cryos and Malady. Each one has its own attacks and abilities, so explore and experiment a bit to see who you like best.

Unlike the other games in the Overlord series, Overlord: Fellowship Of Evil is more of a top-down action RPG with a lot of Diablo 3 thrown into the mix – it is very much a hack and slash. The days of some proper Overlord fun are gone and instead you have a very short, buggy, glitchy, and laggy game! On top of that, the loading times are very slow. 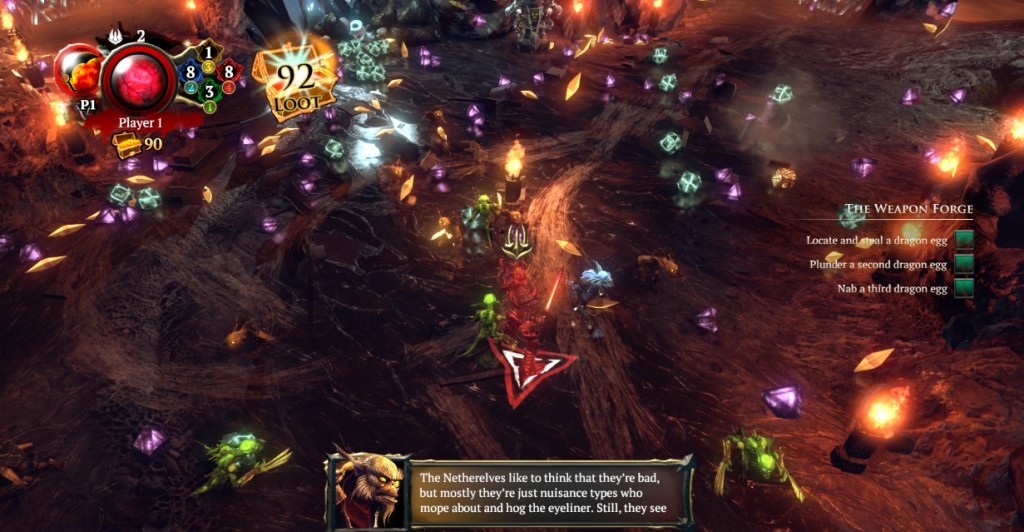 The title features four acts with around six levels at most per act, making the campaign fairly short. Each level is just one location, unlike previous titles where you have full open worlds and you could choose where you wanted to go. You have a mix of Diablo 3 style dungeons as well as green lush landscapes. Gone are the hives, and instead you have a sort of monument that spits out minion cubes when you hit them. You can only carry three of each colour to start with but you can increase that number as you buy upgrades at the minion section of the tower.

Unfortunately, the minions are no longer under your direct control and they pretty much do their own thing. For example, if you summon a red minion, they will just explode into the nearest tree rather than damaging enemies. The minions have freezing issues, and sometimes they vanish into thin air or mysteriously appear without being summoned… or just commit suicide! They are really buggy and basically feel unfinished. The minions are very terrible and It is better to fight on your own – but do keep the healers since you will need them! Not only that but your enemies freeze FREQUENTLY. When you kill an enemy, sometimes they die standing! Treasure chests sometimes refuse to open, and I found that really annoying because I like to collect stuff during my adventures. 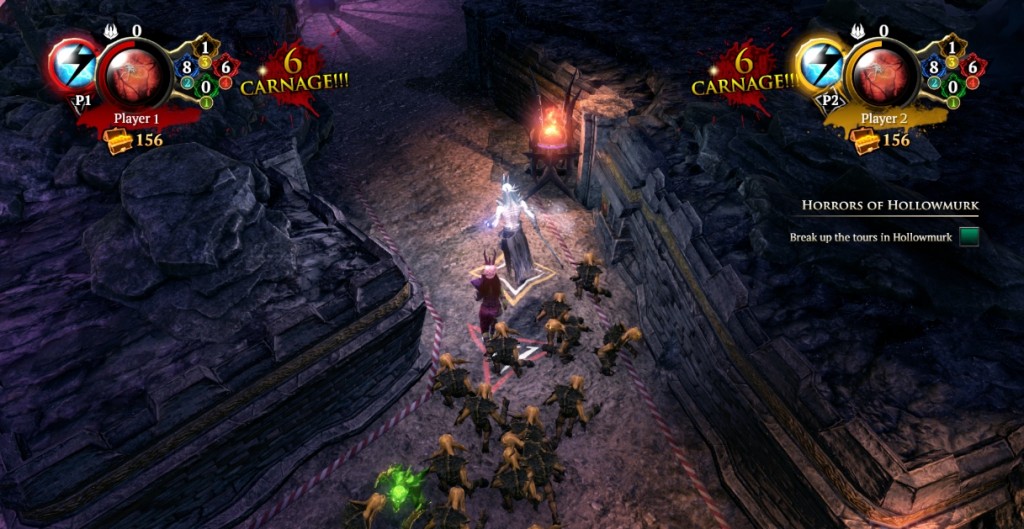 The enemies have way too many HP, and your weapons and magic barely put a dent in their defences. And the minions do even less damage! Killing enemies is a long and slow progress. That being said, it’s easy to see that Overlord: Fellowship of evil was designed to be played in co-op, so the more players there are, the faster combat will be. I played all of Diablo 3 twice in full co-op with a buddy a year ago and the gameplay was absolutely flawless and the combat was perfectly balanced if I was playing on my own or in co-op, but in this game it is very tough to get a player to join you and when you do get a player, the lag is a joke and the framerate really chugs very badly.

As I mentioned before, you can buy minion upgrades using the blue gems you find from exploding loot chests after each battle. Upgrades consist of increased healing, wider explosion radius, increased toughness and more. You can also buy character upgrades using the purple gems.

The writing in the game is just as funny as other games in the series thanks to the writing from Rihanna Pratchett being absolutely first class – the game is worth playing just for that. Gnarl is back, funny as ever (he is my favourite character), and an Overlord game would not be the same without him! And the music is absolutely brilliant as well. 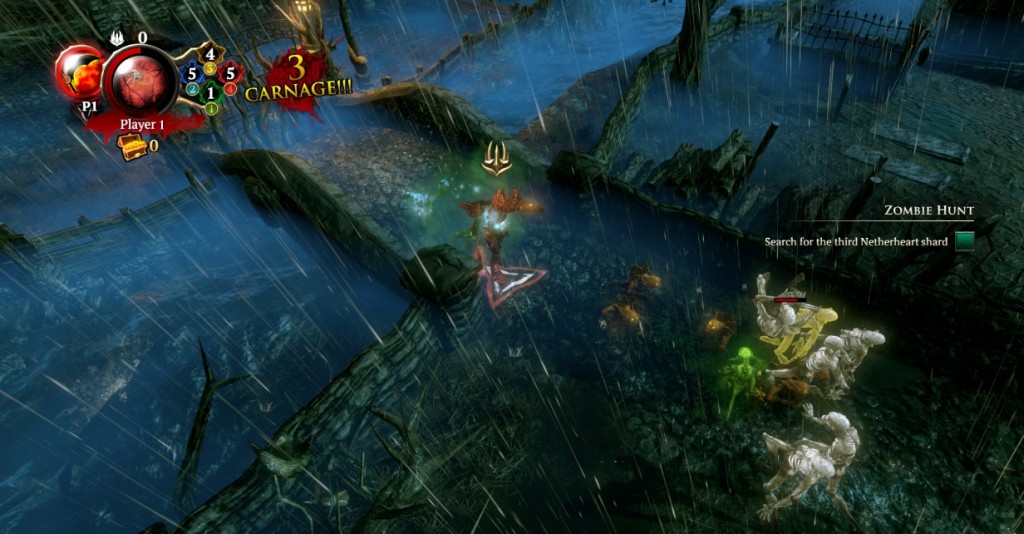 I love the Overlord games and I was heartbroken that this entry was so bad, I find it hard to recommend purchasing the game at full. Hopefully, the game is patched soon and the price is lowered because I’d hate this to be the last game in the Overlord series. 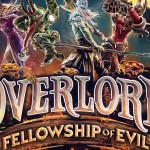 Needs more time back in the oven