How does this game holds up to his predecessors? Read below to find out!

Naomasa Ii appears as a playable character for the first time, and the various personalities of the age are explored in more depth in ‘Story Mode’, which is now focused on individual characters.

Series favorite ‘Survival Mode’ returns as well, powered up from its previous iterations.
The most well-received elements of ‘SAMURAI WARRIORS 4’ are carried over, while the action balance, cut-scenes and character development systems have all been significantly upgraded. Explore the world of ‘SAMURAI WARRIORS 4’ anew, in this whole new take on the title!

As the game begins, we are greeted by a few cutscenes that explain the main story elements, and I must admit that I was pleasantly surprised by the quality of those cutscenes! Each character has his own story that will be discovered as you select them to fight on the battlefield.

As for the gameplay itself (and as expected from a “Warriors” game), the battlefield is literally full with tons of enemies. As you hack through the opposing armies, you’ll have to clear objectives to progress through the level, and a few extra bonus objectives will also be offered to you so that you can get a better overall score. A few of enemies will also drop items or money when they die, and they can then be equipped once a level is over. Speaking of which, completing a level will net experience for the participating characters, and you’ll then be able to unlock skills in the surprisingly huge skill grid that features special requirements to unlock each node. 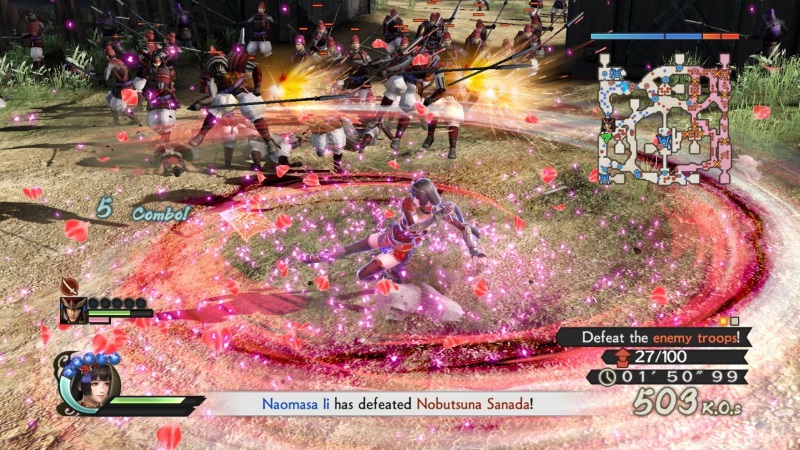 This game was made as a multiplayer experience from the ground up as you follow two characters at once on the field, and you can switch between them at any time. I noticed that the built-in AI didn’t seem to be top notch since the character that isn’t being controlled sometimes behaved erratically by going to the farthest objective instead of the most obvious and closest one. Some basic commands can be sent to them (or you can manually control them to take them to where you want them to act), but it’d have been more enjoyable if the AI’ed character was more autonomously smart.

The game also features a few modes outside the Story Mode: a Free Mode (in which you can go into any stage with any character), as well as a Survival mode where you must go up a 100-floor high tower where the difficulty increases as you go higher. The effort does not go to waste, because the rarest and most useful gear is available in it! 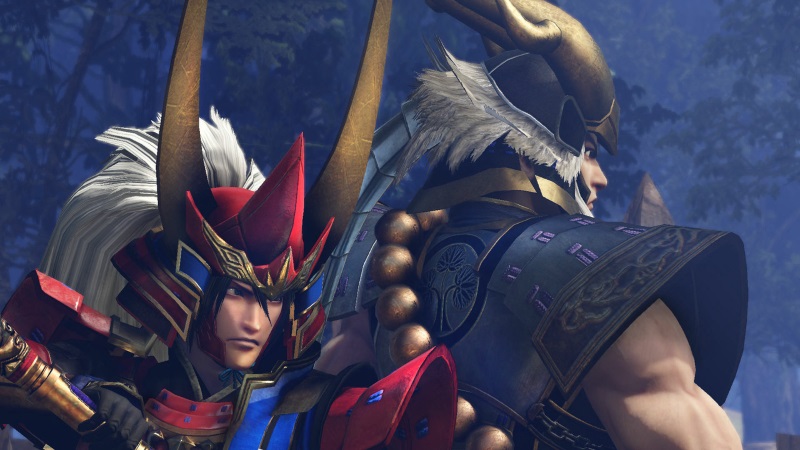 As I mentioned earlier, the quality of the cutscenes surprised me, but you must take note that this game is only subtitled in English and is fully voiced in Japanese, which won’t please everyone. As for the dialogues, they represent the Japan of old days, but I thought that some dialogues were a bit too cheesy. The controls have also been reworked from the previous game, but the camera doesn’t automatically target the closest enemy, and you must therefore manually adjust as needed.

Final Thoughts
I liked playing through Samurai Warriors 4-II, and if you’re a fan of the Warriors series, then you’ll feel right at home with this new entry in the series. Getting past the huge enemy armies was fun, and the cutscenes were looking great, but as expected, the gameplay can get a bit repetitive at times.

Also, be quick to catch the currently free DLC for the game before it’s too late!

You can purchase Samurai Warriors 4-II from the PSN.


This review is based on a PS4 copy provided by KOEI TECMO America. 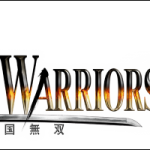 Good game, but for a niche audience

New Trailer For One Upon Light