Penarium is a 2D platformer set in the world of a sadistic circus. You play as a chubby boy named Willy who was conned into joining the circus, but he quickly learned that is is not what it’s cracked up to be. The man in charge of the circus is only known as the director, and he locks willy in a tiny cage and forces him to put on a show using a range of inhumane deathtraps to scare Willy and please the crowds. The race is on for Willy to survive his nightmarish ordeal!

Penarium’s controls are simplistic and limited to left, right, jump and double jump. This is all you really need since Willy will only move in those directions and jump to higher platforms to escape the various deathtraps he has to endure. Some of the deathtraps are the water level rising, fireworks, homing missiles, balloons dropping bowling balls, sticky pink goo, sharp blades and many more. 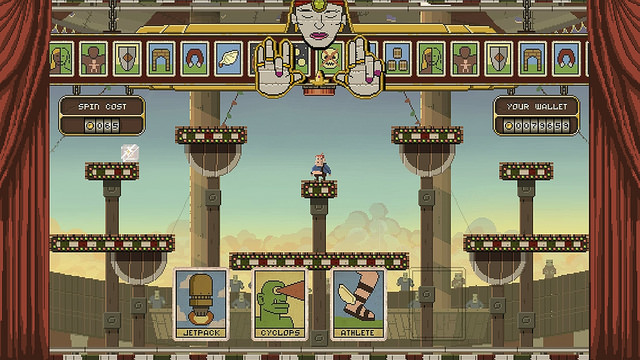 Penarium has a campaign mode with three arenas consisting of 30 levels and an arcade mode. Out of both main modes, the arcade is my absolute favorite. Arcade mode has you smashing as many barrels as you can while you collect coins and survive for as long as you possibly can. This mode is where I spent most of my time playing since it so addictive and such a joy to play.


The campaign has three arenas with ten levels each and the deathtraps change with every 5 barrels you smash so in a level with 15 or more barrels you could be faced with three or more different deathtraps at once. It is fast and furious and completely relentless. The difficulty spike is quite unkind since only the first three levels are easy, and then it gets pretty nuts and fast! The campaign mode is objective based, and these vary from collecting x amount of barrels or popping balloons to Simon say’s style objectives. This one didn’t grab me as much as arcade mode, which I absolutely loved. 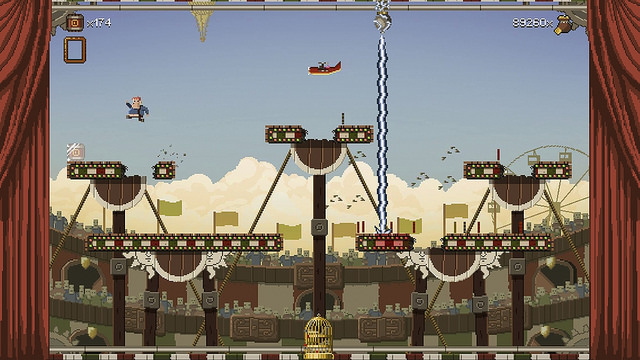 Arcade mode only provides you with one life, and when you die your collected coins will be banked automatically, so you don’t lose them. The Bronze coins are worth one, Silver are worth three and Gold are worth five so it’ll take a good number of deaths to earn enough to buy a card (since they’re worth several coins), but it is so worth it and highly addictive, so you will absolutely love it. Now there are coin collecting related trophies that are not cumulative, so if you are in it for the trophies, then I suggest getting all the coin collecting trophies out of the way before blowing it all on card power-ups.

There is also the multiplayer mode that allows two players to go head to head in a race to see who can stand and activate the switches the most and this is where the scoring comes into play – the more switches you activate, the higher your score. But beware since there are plenty of deathtraps waiting for you! 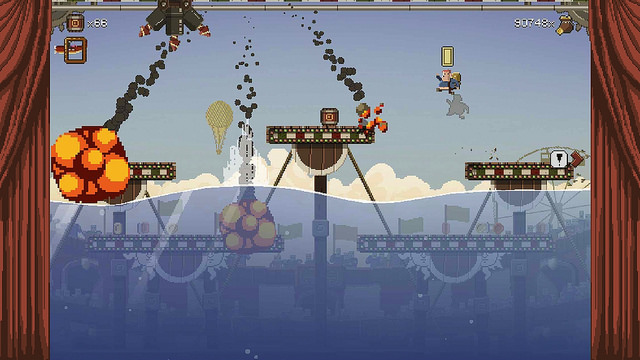 Penarium has colourful 8-bit era style graphics which is just beautiful, and gameplay is very fluid. As I said before, Arcade mode was the one I enjoyed the most. The difficulty spike will keep you glued to your controller, and that is the charm of the game. I feel the story could have been expanded, as there is potential for a lot more than just a slave vs. master kind of story, so hopefully the studio continues to work on this premise. 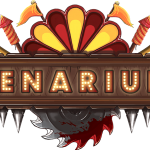