Knock-Knock is knocking on the doors of players PSN stores around the world! This is a 2D hand-drawn horror game, and it feels more like an interactive mediation that happened to fall into our hands.

It was built according to instructions left by the original archive’s anonymous donor. Many strange things and unclear moments you will encounter. Whatever is is due to requirements outlined in the archives. These are the words you will see before the game’s start menu appears. 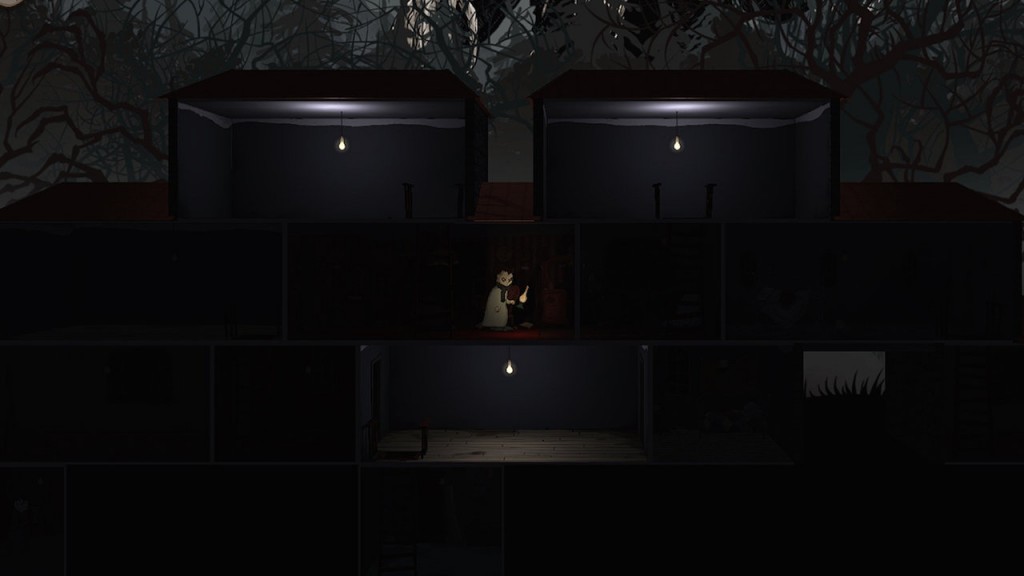 Those words will set the tone for the duration of the game. Much like what was done for the Blair Witch Project that was supposedly based on actual events, Knock-Knock tries a similar approach with that message. An interactive reflection of the truth… the questions then become, what is the truth? One man’s psychosis or seeing nightmares through one man’s dreams? Simply a figment of one insane man’s imagination? Or perhaps… something far more sinister?


At first glance, the game look’s fascinating thanks to the fantastic hand-drawn cartoon style graphics. But after reading the opening message my imagination ran wild. I was expecting a true horror game that would scare the living daylights out of me, but it didn’t even scare me one tiny bit. Sure, there are some creepy sounds and weird stuff that can make your heart skip a beat but there are way more scarier games than Knock -Knock. 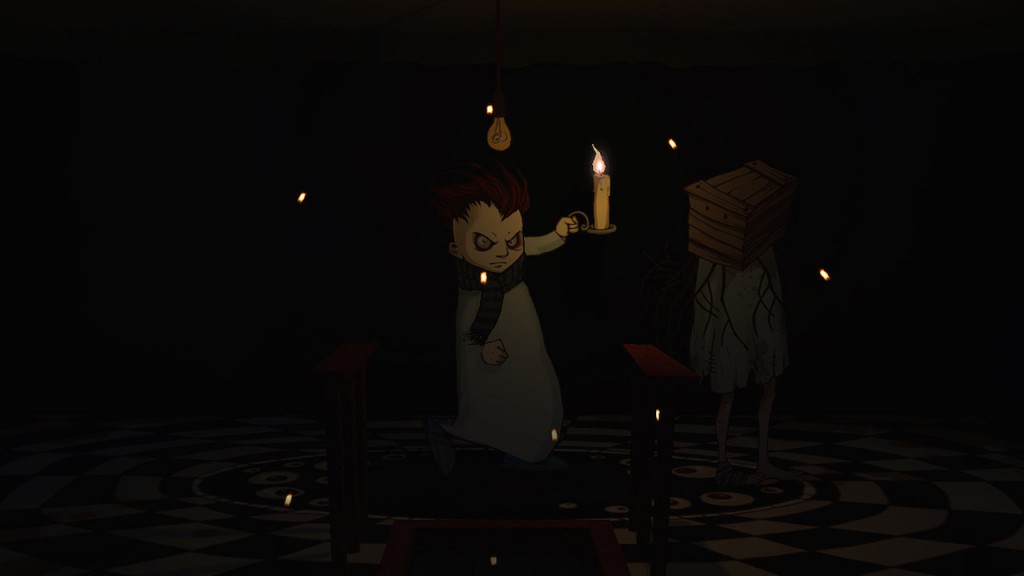 Knock-Knock is about a man who is suffering from the effects of severe insomnia, and the condition appears to be affecting his sanity. He constantly stops and makes frequent comments about how tired he is and the headaches he suffers from, as well as about things that go bump in the night. Most of the stuff he says is just plain rambling, and I don’t think he is aware of what he is saying half the time! 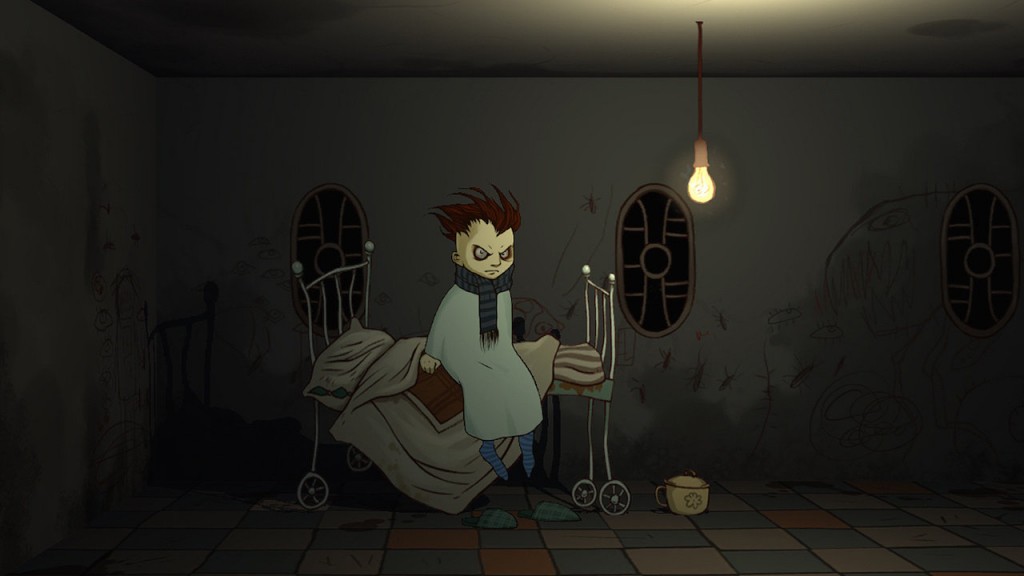 Each level has the protagonist waking up and does his usual rambling while shaking and holding a lit candle, I don’t know if that is him being scared or he’s cold, but anyway as you move through the house putting lights on and unlocking doors and checking things are where they should be. You can hear noises and see weird things happening, even unwanted guests appearing. You cannot distinguish any of that is real or just part of his mental psychosis or possibly experiencing his nightmares while he is asleep dreaming. I suppose that is the beauty of the game, not knowing if what you the player is seeing is real or not.

Every room in the house has a light bulb that doesn’t appear to have a switch to use. So the protagonist messes around with the lightbulb to get it lit, and that can take a good ten seconds or so… and in that time, anything can happen – unwanted guests showing up, figments of his imagination taking shape. 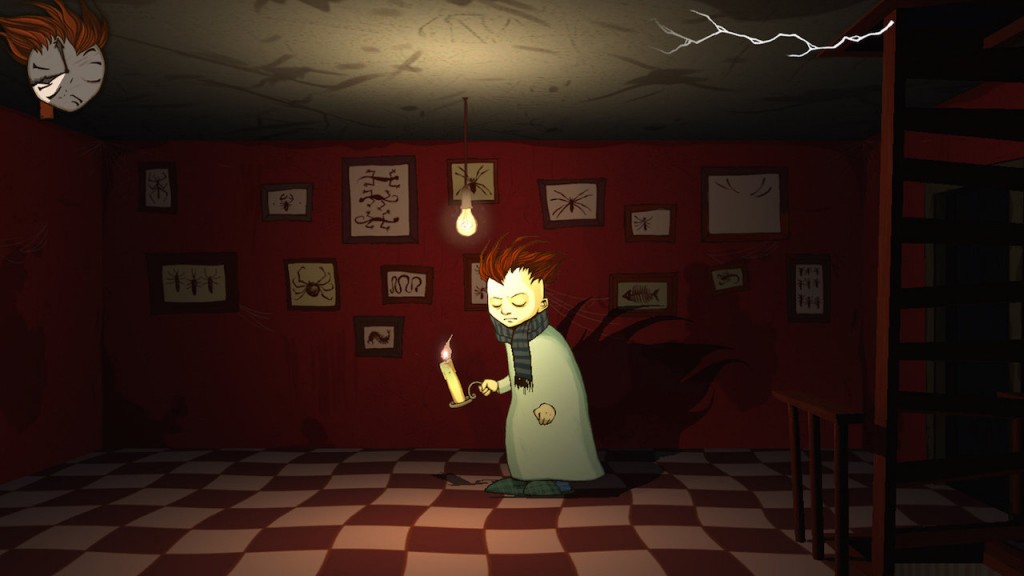 The key to surviving each night is finding a clock that looks exactly like the protagonist and switch it on to spring time forward. The closer you are to dawn, the closer you are to completing that level. If you die, then you lose all your progress up to that point, and you will have to restart the whole night from scratch.

On the whole I appreciate what Knock-Knock tries to achieve but switching the lights on, climbing ladders, unlocking doors and hiding is a bit frustrating in some locations, especially since not doing things right can trigger a game over and you must restart the whole night again. Because of the randomization mechanic, no two rooms are ever the same. Unpredictability really suits the game. 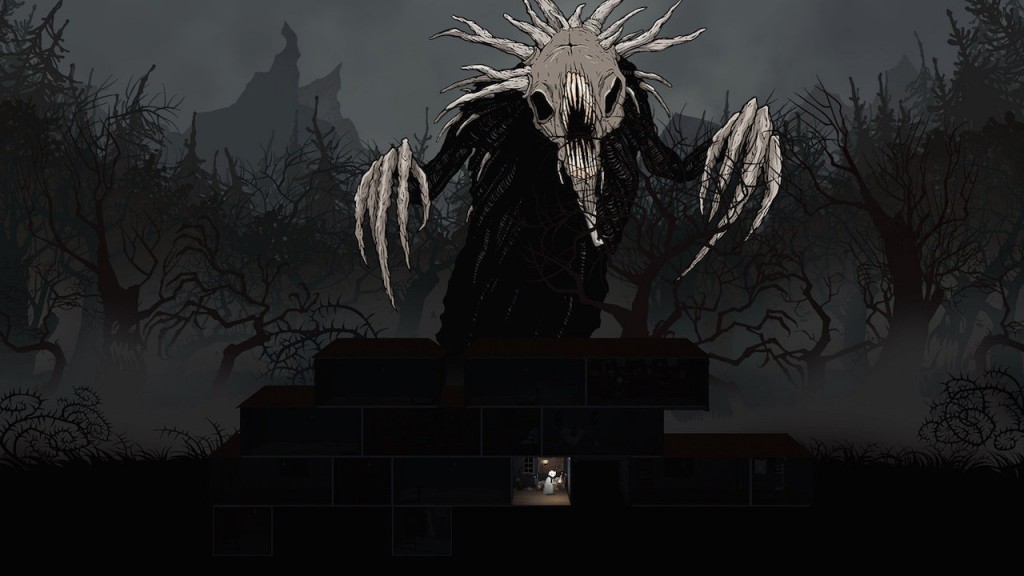 Knock-Knock is a fun game that will take players a bit to figure out. Once you’ve learned from your mistakes after having to repeat a night or two, you will get what the game has to offer in the long and dark reality of the protagonist. 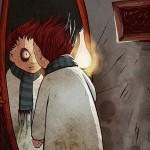