Blood Bowl 2 from Cyanide and Focus Home Interactive has finally been released on PlayStation 4, and it’s time to take the game out for a spin. The game basically takes football and puts a nice coat of Warhammer to make things shine. This is a sequel to Blood Bowl, a video game based on the Blood Bowl miniatures game from Games Workshop where players take turns to score the touchdowns for all the points. Are you ready for some fantasy football?

I do have to say something right now before we go any further with the review. I don’t like football. At all. Sure, I’ve been to a game here and there, and I’ve gotten together for snacks, pizza and lots of beer and alcoholic beverages over a Super Bowl now and then, but it’s not something I follow religiously like most folk. And now, let’s get right to it!


Blood Bowl 2 features a turn-based gameplay mechanic where each team can take several actions to try and take possession of the ball to then try and make it to the opposing side of the field to score a touchdown. These actions are running, throwing (and catching) a pass or attacking your opponents.

While you might be tempted to play an online match right away, you should first play the Campaign mode in Blood Bowl 2 to learn the basics of the game. This isn’t your ordinary Football game, and you must understand the ins and outs of this particular release if you are to survive past the coin toss. The campaign mode places you in control of the Reikland Reavers, a human team that is having some hard times and must increase its number of fans to climb higher and higher in the ranks so that they can secure a better sponsor that will inject some extra cash into the franchise so that they can get better players and aim for the title. In Blood Bowl 2, anything can happen!

Each match is split into two halves of eight turns each, so you have to make sure that every action you select moves you closer to achieving a touchdown because every touchdown is only worth one point, so coming back from being two points behind will prove difficult if there are only a couple of turns left in a match because your opponents might try to build a cage around you so that you can’t take a step without risking being sent to the ground in pain. 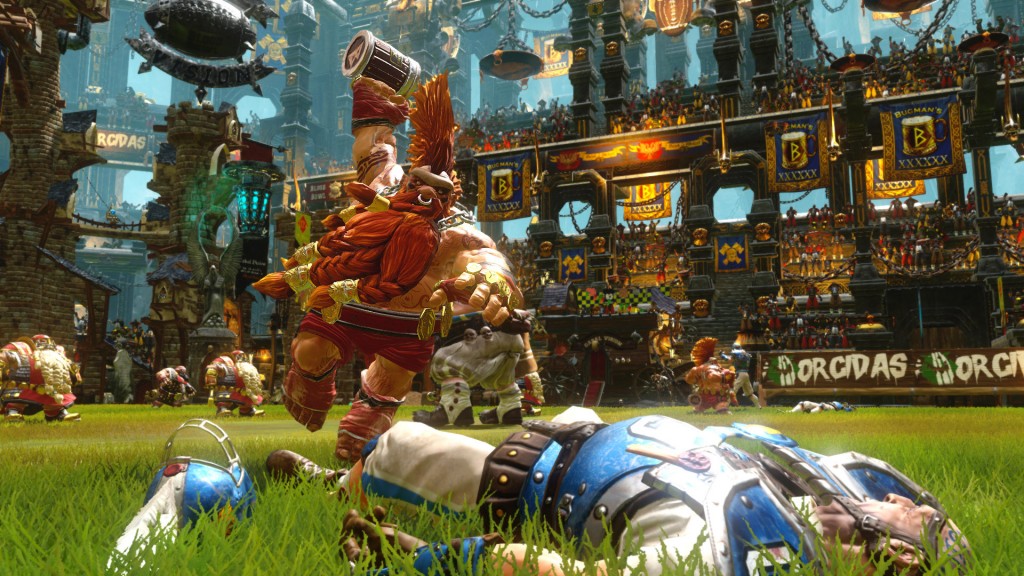 If you want to attack an opponent, you’ll need to roll a dice or more depending on your strength in relation to your opponent. The stronger you are, the more dice you’ll get to throw, and once the dice are set you can select one of dice depending on the actions rolled. For example, if you’re rolling against a weak character, and you get two dice to throw, you might get one dice that will only move the opponent back one square and one dice that allows you to attack and potentially injure your opponent. This is a good option to have, and rolling more dice can be a lifesaver if you, say, roll a skull (that means your attack failed, and you’ll even get damaged during the action) and one attack, because if you only rolled the one dice and landed the skull, your action would fail miserably.

After a successful attack has been selected, and before it takes place, You will get a chance to choose if you want to follow your attack (move to the square previously occupied by your opponent) or stay at your spot. Following after an attack is a great way to move up or down the field an extra square for free, but sometimes standing your ground is a good option as well if you’re trying to guard your spot to open up a safe route for one of your players to move around the field without risking one of your opponents tackling him.


You’ll eventually be asked to purchase a couple of Team Re-Rolls at the Staff menu. These are very handy since if you miss an action you can select the Team Re-Roll for another shot at making things right. Re-rolls are expensive, but they are definitely worth it because one re-roll can completely change the course of a match. As expected, as soon as you miss an action the game will let you use one of the Team Re-Roll you were prompted to buy a few minutes ago. Using a Team Re-Roll does not guarantee that will succeed, but it does give you a very handy opportunity to stop things from going South, and fast. One missed action can spell doom for your team, especially if you’re ill prepared for the outcome. On a positive note, any Team Re-Roll you’ve used will be recovered after half-time, so do keep that in mind!

The training wheels will soon be thrown away, and you’ll soon have to select how to set up your players on the field depending on if you’re on the offensive side or the defensive side of things. You can quickly select between the available formations to suit your playing style or the situation at hand, and you can even move around your players to the exact point you want them to start at so that you’re pretty much ready for anything. You’ll also get to experience turnovers that happen when a player fails an action with the ball or falls to the ground, thus ending your turn immediately. 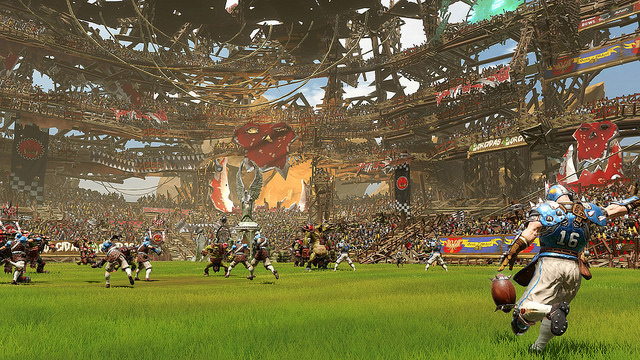 Throwing a pass can be a risky action if you don’t know what you’re getting yourself into. You must take into consideration the Agility of the passer, the number of tackle zones covering his square, as well as the distance of the pass. Short passes from a player that has no opponent around him will be more accurate than, say, a long pass when you have a troll right next to you.

Should you decide to “Go for it” and try to run past your zone limit then, you’ll need to win a roll (which happens automatically behind the scenes, as is the case with most of the rolls) for you to move the extra squares without falling to the ground. If an action is not 100% a sure thing, you WILL be at risk of screwing things up, and nothing sucks more than being a couple of squares away from the end zone only to fall face first right before a touchdown, thus losing the ball.

The next step in the learning process is hiring an Apothecary as part of your team’s staff. The Apothecary can help reduce the severity of an injury to a player one time per match. And if the Apothecary has already been used, and a player suffers an injury then you’ll need to have someone waiting in the sidelines to be selected as a substitute player. Something to consider is the armour value for each player since it can make a big difference in reducing the risk of an injury.

There’s a ton of things to learn about Blood Bowl 2, and what I’ve mentioned in this review is barely half of it. Once you’ve finished the campaign, you’ll be ready to take on an online match or two, and you’ll also be ready to play in a league where every single rule will be in effect, and every mistake will cost you dearly. Creating your team will be the first step in your run to glory, and crushing as many bones as possible will be a good strategy for victory. Up until now you’ve played as a human team that presents you with the most balanced scenario for the game, and as soon as you start to experiment with Dwarves and Elves, to name a couple of examples, you’ll learn just how each time has its pros and cons and how you can definitely find a team tailored to your playing style and expertise. 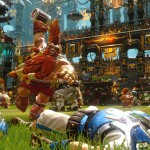 Fantasy football at its finest