Dengeki Bunko: Fighting Climax from SEGA is now available on PlayStation 3 and PS Vita. I got to play the Vita version for the game, and I wanted to share with you what I thought about this fighting game. Is it fun? Yes. Is it good? Yes. Should you buy it?

Dengeki Bunko: Fighting Climax is a 2D crossover fighting game featuring popular characters from Japanese novels published under the Dengeki Bunko label. The Dengeki Bunko collection boasts a vast array of beloved characters who lend themselves flawlessly to this highly balanced, easy-to-learn, high-action 2D fighting game. In Dengeki Bunko: Fighting Climax players attack, guard, and take damage in order to build their Climax Meter, allowing them to execute moves which recreate highlight scenes from the original novels, even adding specially arranged animations for characters who do not fight in the original works.The game includes characters from numerous Dengeki Bunko works alongside several fan-favorite SEGA characters brought together in SEGA-themed environments.


A very interesting thing about Dengeki Bunko: Fighting Climax is that all characters control the same. This means that all characters have two specials which are activated by the same commands (quarter circle forward or quarter circle back and one of the three attack buttons) and two REALLY special attacks – called Climax Arts that, again, are activated by the same commands for all (half circle forward or half circle back and one the B and C attack buttons). There’s also extra attacks as well for pressing A+B, A+C or those combinations and a direction in the D-Pad or the Analog-stick to spice things up and, again, they can be activated in the same way by all characters. This makes Dengeki Bunko: Fighting Climax an excellent “pick up and play” game for everyone. 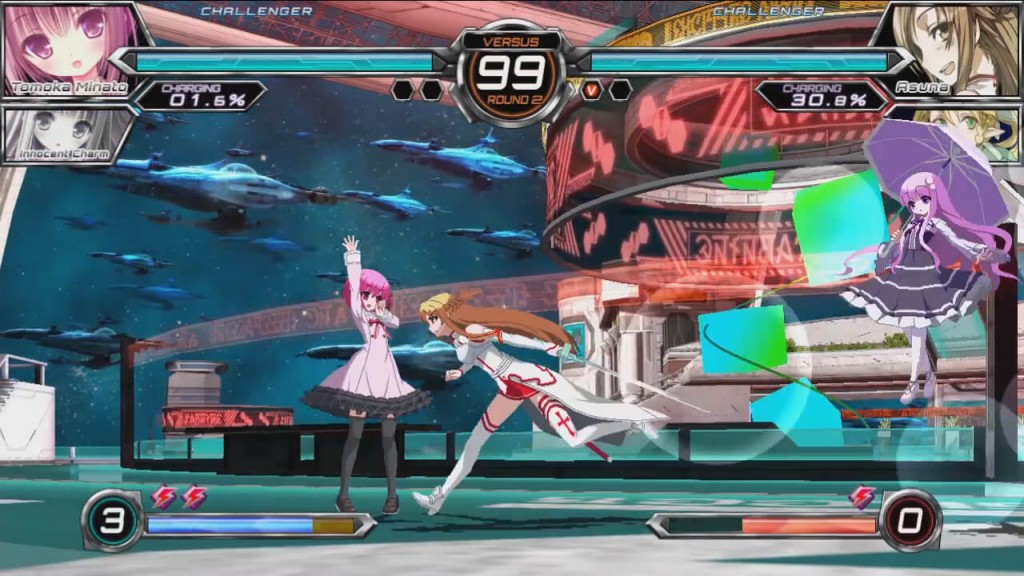 But don’t worry: the fact that the commands used to activate the specials are the same doesn’t mean that all characters behave the same way! One character’s quarter circle forward attack might release a mighty blow while another character will use that command to throw a projectile (or two!) towards their opponent’s general direction. Same goes for the rest of the commands since some characters are more of the “tank” variety and can go all in for massive damage while risking leaving themselves open for a combo, while the specials for other characters keep them at a safe distance in order to hopefully live another day. 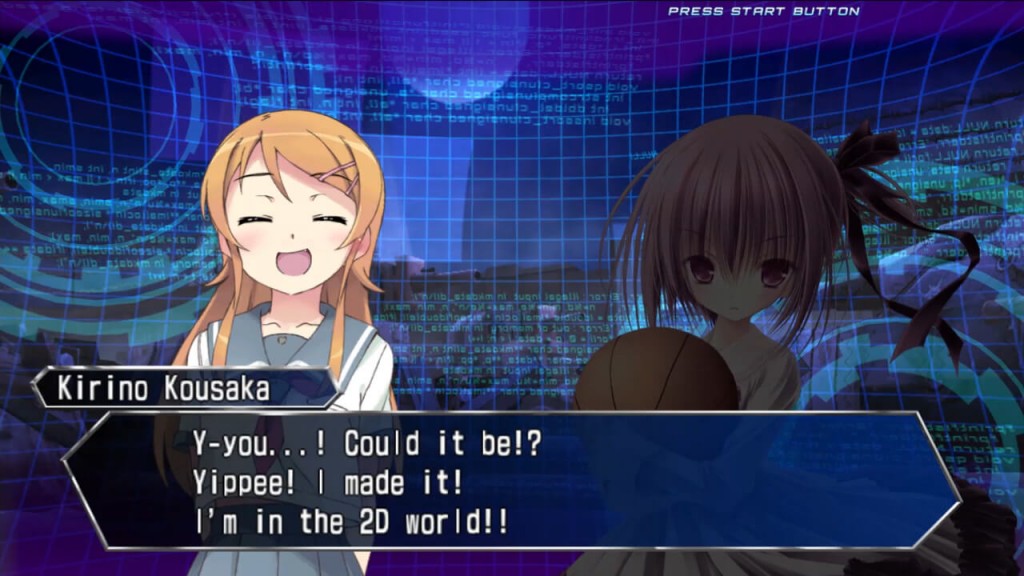 One key mechanic for Dengeki Bunko: Fighting Climax is the Blast command. This can be activated by pressing the A, B and C buttons at once (or by pressing the R button on the Vita as the default command). Using your Blast will fill up some of your Climax meter which can make you more powerful early in the round, but it can also save your life if used while on the defense! You can activate your Blast while your opponent is getting the best of you with a combo, and the Blast will instantly cancel the combo and send your opponent flying, which can give definitely save you from a deadly flurry of attacks!

The game is very fast-paced, and players will never be faced with a dull moment. I never had a round end with the timer running out, which is a first for me since there are several fighting games were stalling a bit for the timer to run out becomes a crucial strategy. Characters can jump, double jump, super jump, dash and use some of the special attacks while in the air. On to of all that, some characters can even dash while in the air, making them deadlier than the rest. 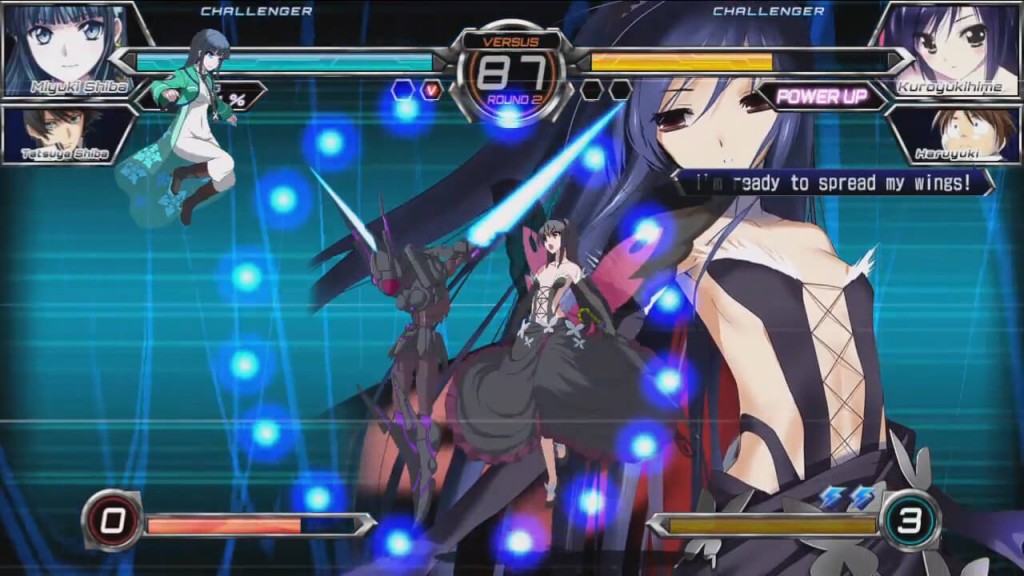 With a great cast of characters, a fun fighting system, and a ton of modes Dengeki Bunko: Fighting Climax is an easy recommendation. You’ll be able to enjoy the Story mode in the original Arcade Version as well as in the Dream Duel Mode where there are extra dialog options between characters, the classic Versus mode, an online match option, the Challenge Mode where you’ll take on Score Attack (fight several battles to get the best high score), Time Attack (aim for the fastest time over a set number of battles) or Survival (defeat as many opponents as you can with limited health). There’s even an in-game currency system where you’ll get CP for completing the game or fighting in matches and this can be used to unlock new colors for your characters, new autographs to showcase (from those who worked on the story and illustrations for the novels as well as from the voice actors for the game), new color plates for dialog, and more! 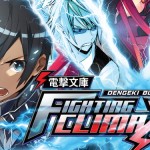 The Playstation 4 Is Getting A Price Drop In The US / Canada Tomorrow!