XSEED Games got in touch with us to let us know that their upcoming RPG The Legend of Heroes: Trails Of Cold Steel will have a limited edition called the “Lionheart Edition” which is now available for you to pre-order. Here is the list of things included in this release!


The “Lionheart Edition” will contain an art book featuring over 100 pages of art from the game as well as its sequel, The Legend of Heroes: Trails of Cold Steel II, and a 1.5′” pin displaying the emblem of the country of Erebonia, packaged with the game in a custom collectible clamshell-type box that will also be able to house the sequel when it releases in 2016 so that collectors can store the initial Cold Steel duology in a single package. The Lionheart Edition will be available for pre-order at select retailers shortly. 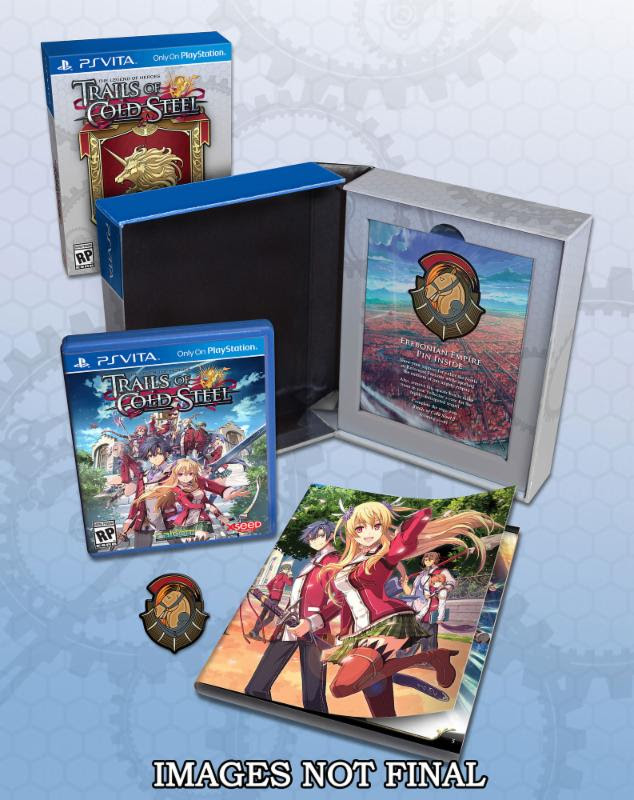 I’m actually very impressed by this package, and I’m sure it’ll please those of you who love RPGs!

The Legend of Heroes: Trails of Cold Steel will release this holiday season for PS3 and Vita in North America and will have a $39.99 price tag for both platforms. The Lionheart Edition will retail for $49.99.

More information can be found on the official Trails series Facebook page here!