Shütshimi is a retro style roguelike shoot ’em up about a cigar smoking and gun wielding goldfish with Rambo arms and severe memory issues. The game is an endless wave shooter, and each wave only lasts ten seconds!

In between waves you also have ten seconds to decide which hats to dress your fish, and each hat has an effect on it. The waves are very much endless, and I started to struggle around Wave 22 where things got really crazy. On top of the regular levels, there are also some bosses along the way that will change the dynamic for a bit. 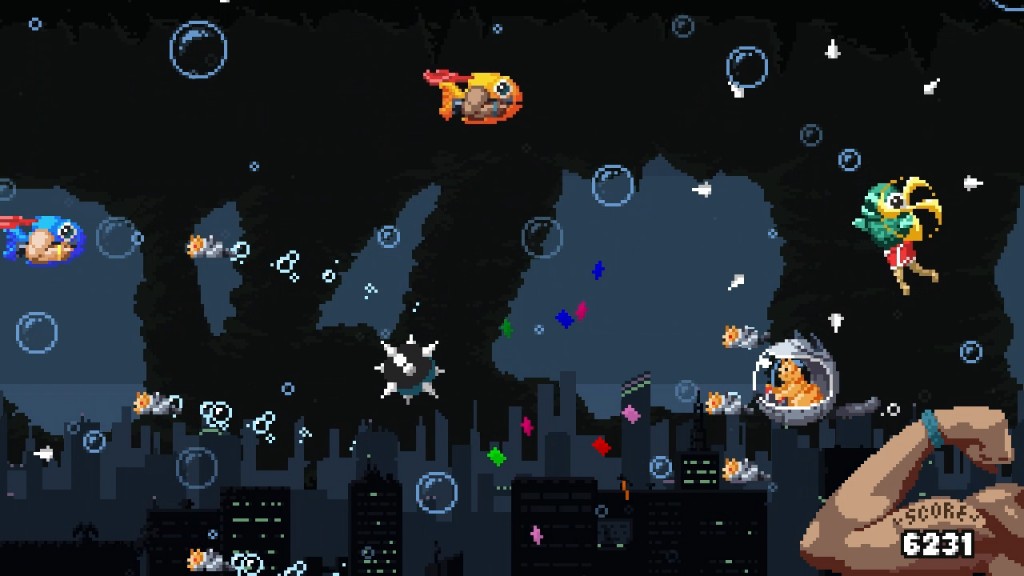 You can play by yourself, or you can play with friends in up to four player co-op for added fun and craziness. There are leaderboards and three difficulty settings to choose from (you need to earn the Pacifish achievement in order to unlock the third difficulty level), as well as a boss rush mode.


In boss rush mode you get to choose from 5 different coloured goldfish – Orange, Blue, Red, Purple and Green – and you only have one life and one chance to defeat the bosses you have fought during the main game. If you die it is instant game over, and your score is based on how long you last rather than in points. It is a fun and quick mode! 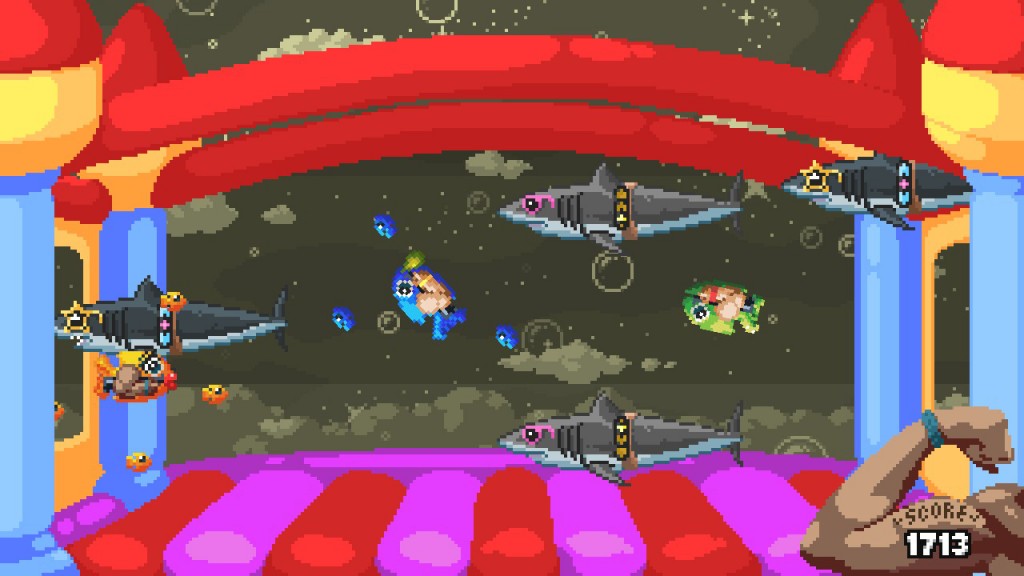 The visuals are kind of cute to look at, and I do like the retro style look and the ridiculousness of the game is very appealing. Being able to dress your fish in different hats is a nice touch too.

Shütshimi has 12 trophies to unlock and the trophy set is quite creative, it will take a bit of time to gain the 100%. There are 8 Bronze, 3 Silver and 1 Gold to unlock. 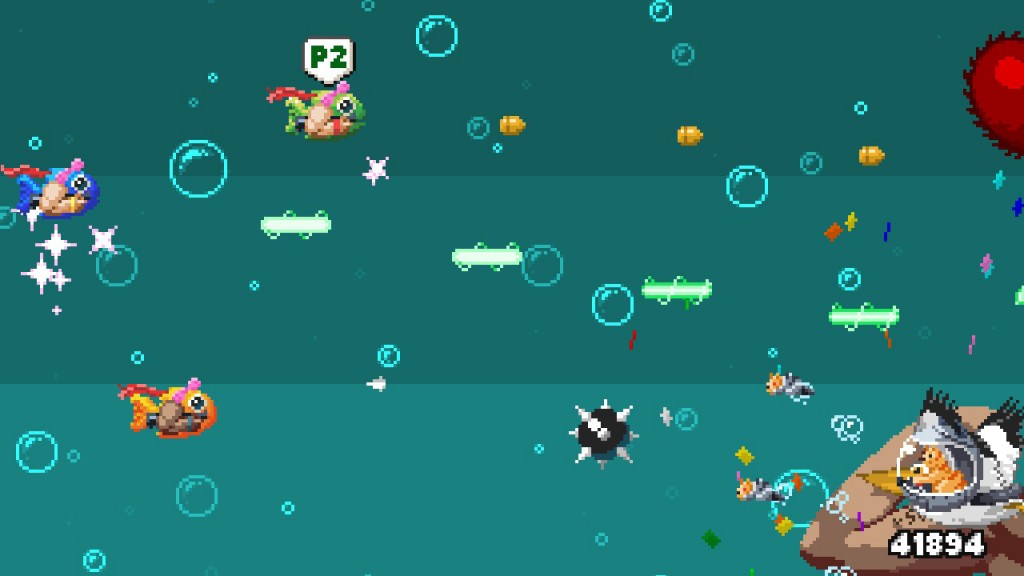 As expected, the game is best played in short bursts since the levels are 10 seconds each, and it can definitely keep you playing for a few minute at a time to spice things up in your gaming regime between playing other longer games. The randomization is nice to have as no two games are ever the same, so there is less chance of becoming bored too quickly. 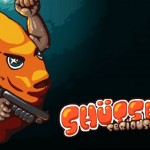 Persona 4: Dancing All Night Is Ready To Shine On Vita!