Nova-111 is a mix of real-time and turn-based strategy/puzzle action, set on a colourful grid that is presented in a graphical style similar to Pixeljunk Shooter. Funktronic Labs are the developers behind the PixelJunk series so if you like the games you will feel right at home with Nova-111!

You play as an orange Nova science vessel. At the start of the first world, Nova rescues a scientist who is very aptly named Dr. Science, and he manages to repair the badly damaged Nova and return the ship to its original condition. YAY!

After Dr. Science repairs Nova he explains that he was part of a group of scientists who performed “the world’s greatest experiment” that clearly went disastrously wrong. This caused a big problem with time and space, hence the real-time and turn-based mechanics. And to make matters worse, 111 other scientists have gone missing, so you must explore every area to find them before it’s too late.


Nova-111 is set on grid based levels. The turn count is displayed on the bottom right corner, and every move a player makes counts as one turn, and for every turn you take an enemy will take a turn as well. Some enemies and environmental objects move in real time, as is the case for spikes and stalactites. If a spike or stalactite is close to an enemy, you can to make it drop on top of it for an instant kill. It makes for a great tactical experience! 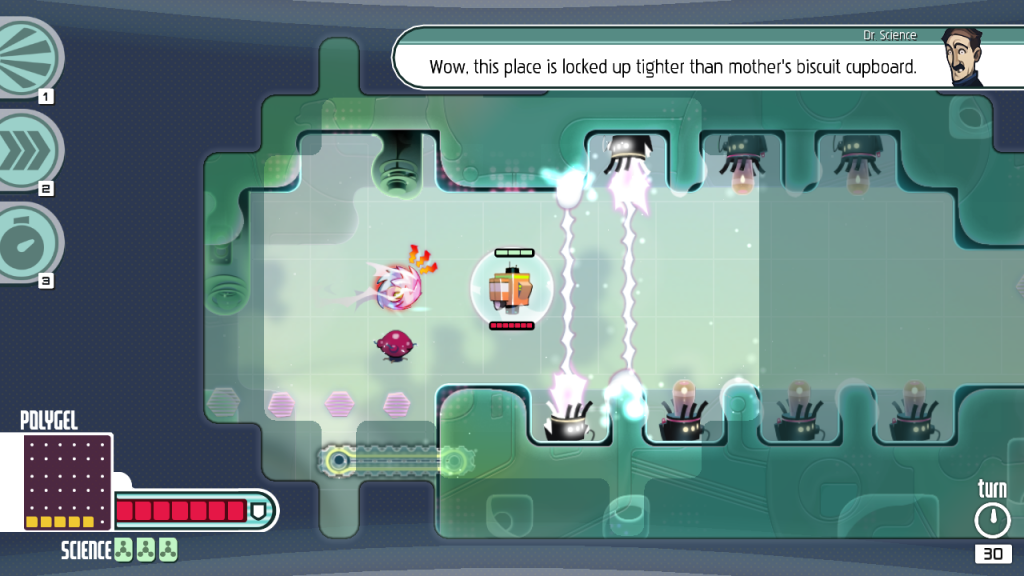 Nova-111 is a real brain workout. For example, you might have three or four enemies closing in on you thus forcing you to think and act quickly because one wrong move can be your doom. This is why later on your shield will become your best friend since it will protect you from one bump or hit. If your shield is hit it will take 12 turns to recharge, so use it wisely!

New enemies are often introduced throughout the campaign. Some are immune to your attacks, some will latch onto you, and others are explosive. So expect a good variety of unique enemies that will keep you interested in the game. The new mechanics and new enemies definitely kept me wanting for more!

As you progress, you will eventually have plenty of weapons at your disposal. At the start of the game, your only weapon is bumping into your enemies with your ship to kill them, but you will eventually find the Polybomb, which is great. You need to find polygels to recharge it and you can carry up to a maximum of three polybombs at a time. Each bomb you drop stuns the enemies so that you can kill them before they kill you! Later on, you will find the beam that is a laser weapon you can shoot with. Each shot needs 12 turns to recharge, so make every single one count! Then you’ll come across the shield which, as ment

ioned before, will protect you from taking a bump or a hit. There are more items for you to find, so I won’t spoil everything here. 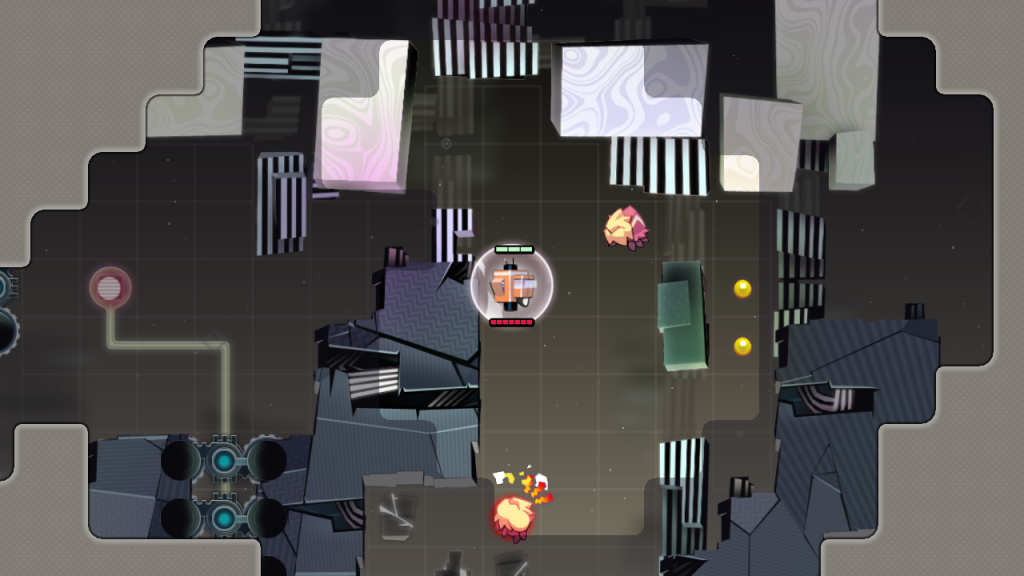 Some enemies don’t function in a turn-based fashion, and that is the case for enemies that latch onto you. They are these little green and horrible looking creatures that latch onto you and suck the life out of you in real time, so you need to quickly get rid of them or it will be game over!

My only gripe was the lack of checkpoints. If you mess up when you are close to an exit, you have to repeat that whole area again! And if you make the same or similar daft mistakes three or four times in a row it can become a bit frustrating… but then again if we keep making the same mistakes then we haven’t learned anything at all!

Nova-111 definitely has a lot of replay value. There are a ton of secrets with treasures to be found, and even though your primary goal is to explore and rescue all 111 missing scientists, you won’t find them all on your first run. I am still missing 27 scientists, and I plan to do another run to find them. Oh, and once you beat the main campaign you will unlock New Game Plus!

There are 12 trophies to earn: 8 Bronze, 3 Silver, and 1 Gold. One of the trophies is not like the rest and it definitely presents us with a great challenge: Complete the campaign WITHOUT taking damage. Can you do it? 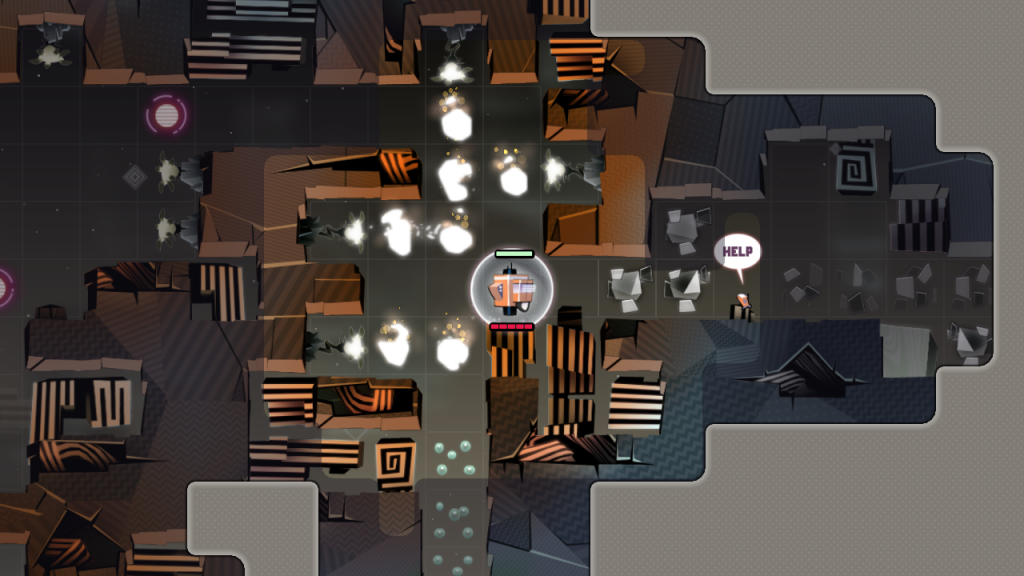 Nova-111 is a highly addictive game that will always make you come back for more! It is so much fun to play, and the whole campaign will take you around 6 to 8 hours depending on skill. I highly recommend you purchase Nova-111 as it is definitely worth the price, and it has plenty of replayability. If you liked the PixelJunk art style, you will definitely love Nova-111 and its flawless gameplay. 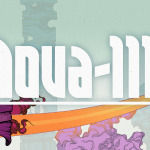