Broken Sword 5: The Serpent’s Curse was a successful Kickstarter project that raised an incredible $772,000 on a $400,000 base goal back in 2012. Not only that, but it smashed through several stretch goals, including the one for the exotic locations that are featured in the game.

Broken Sword 5: The Serpent’s Curse is a classic point and click mystery adventure game set in France. The story is about George Stobbart, who witnessed the theft of a painting (La Maledicció). On top of that, he also witnessed the murder of the art gallery owner. Along with his friend and sidekick Nico Collard, he sets off on a journey to find the thief and murderer. La Maledicció is supposed to be a map for a hidden treasure located somewhere in the Middle East, which is important to the Gnostic order. But then, George and Nico discover the whole sorry mess was a set up by a much bigger organization…

The puzzles are one of the best things about Broken Sword 5: The Serpent’s Curse. While most are not particularly taxing, some will have you scratching your head even if the solution seems obvious! The puzzles do get slightly harder particularly in part 2 where there is a much stronger emphasis on puzzle solving instead of on investigation, but overall the puzzles are a strong part of what makes Broken Sword 5: The Serpent’s Curse an excellent experience. 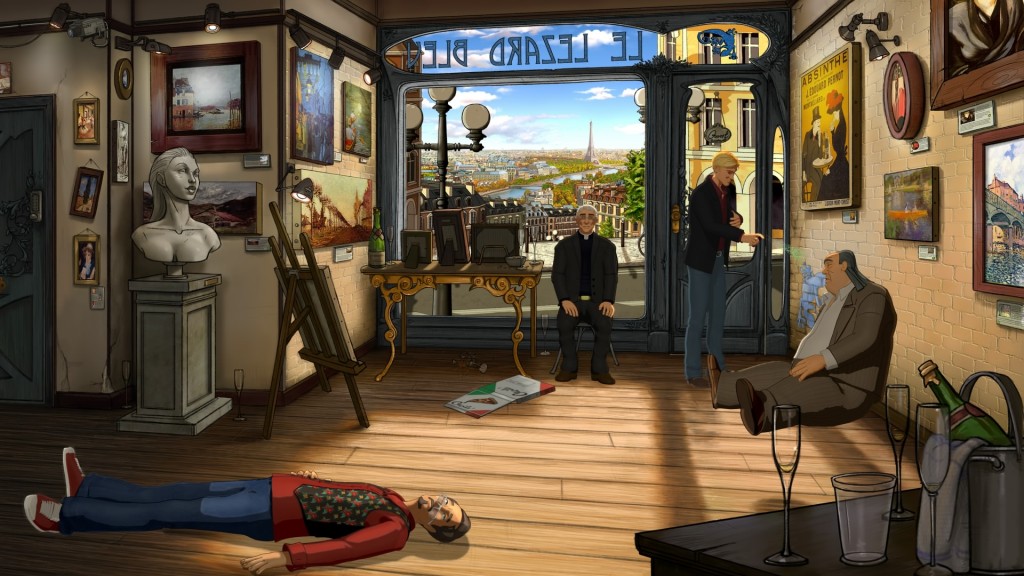 Since this is an adventure game, gameplay does move at a slow pace but that is the charm of the Broken Sword series. I have played all the Broken Sword games and enjoyed every one of them, so I’m definitely happy to see that this new entry continues doing everything right.


Players will mainly play as George Stobbart, but during certain sections of the game you automatically switch to Nico Collard. As many point and click games you can pick up items and place them in your inventory, you can combine items to solve puzzles, and you can also use items on your suspects. If you think they are lying or if they refuse to talk, you can use items as evidence to make them talk or to give you items that you need to solve a puzzle. 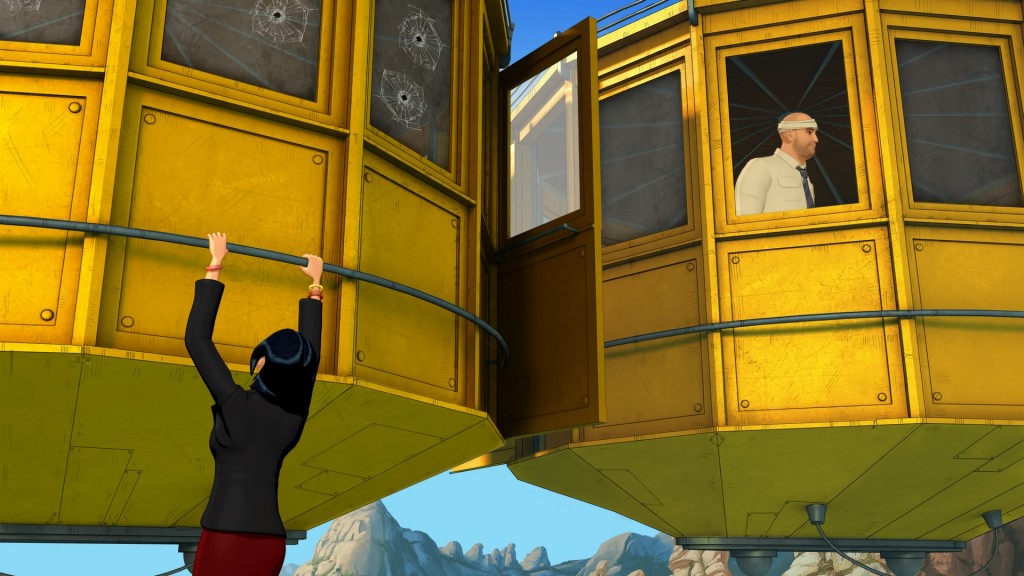 Items can often be used to initiate conversations too and sometimes with comical results. It is recommended that you speak to everybody you come across and exhaust all dialogue options since you never know if something an NPC says might hold a clue to solving a puzzle or where you should go next.

As the story progresses, the plot thickens, especially in part two where a bit of globetrotting will take place. The extra locations and change of scenery is a really nice touch and breaths new life into the Broken Sword series.

The plot regarding the Dominican Order and the Gnostics is an age-old feud that is linked to the stolen La Maledicció, which becomes much more apparent later on. The Gnostics is a religious order that believes in the harmony of Lucifer the devil and Jehovah, and upsetting the balance would bring chaos to the world. The Dominican order, however, believes that the Gnostics are heretics and should be wiped out, they have made it their life’s work to eradicate the Gnostic Order. 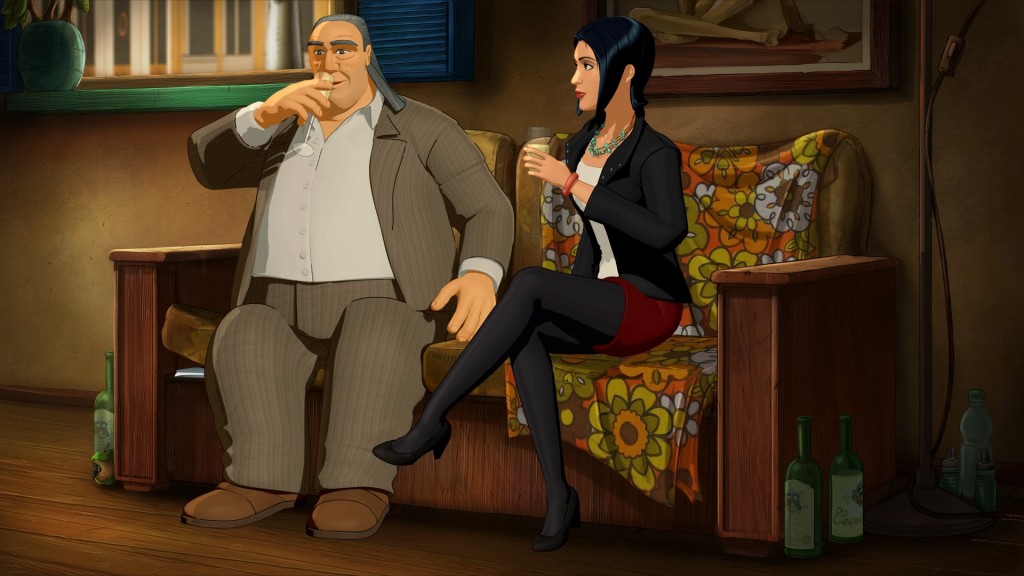 If for any reason you become stuck, or you are lost, there is a hint system that you can abuse to your heart’s content without any penalty. I have never made use of the hint system as the puzzles are not at all taxing, but this could be different for you, and it is nice to have the option so that you can enjoy the whole game. 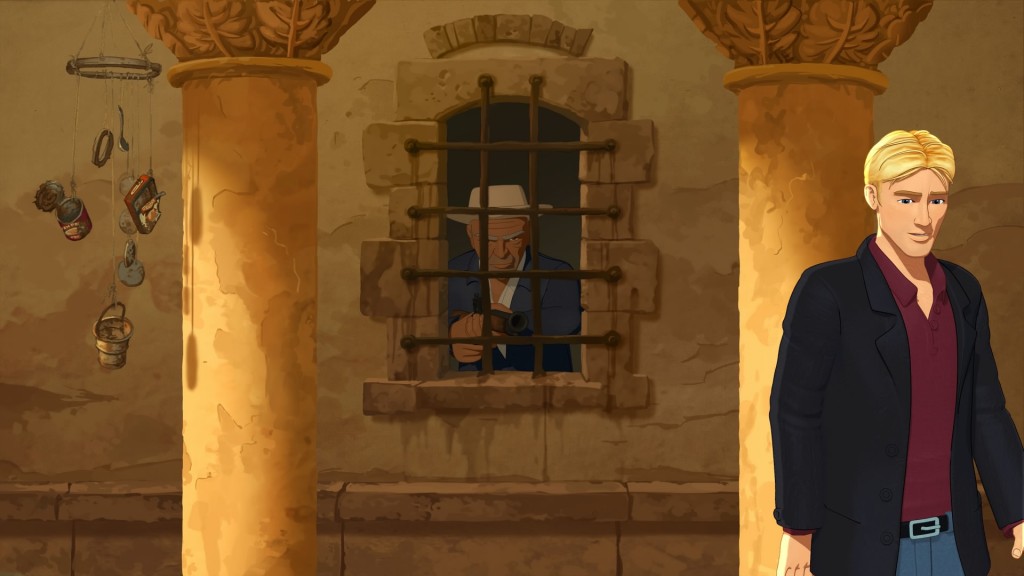 I loved every minute of Broken Sword 5: The Serpent’s Curse. I am currently doing my second run to mop up any missing trophies for my Platinum. It is easily going to be my favourite platinum! I have also played the vita version of the game last year and 100% it. There are absolutely no differences between the two except the graphics. The PS4 graphics is much more vibrant. In my opinion, the game really shines on the big screen when compared to the Vita’s!

The graphics are very beautiful and very well polished the dialogue and story plot is very well done. The locations are beautiful, and you can tell the team put a lot of work into even the smallest details. If you haven’t played Broken Sword 5, then I suggest you give it a try it is definitely worth your money! 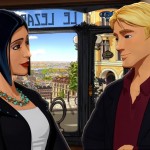