NekoBuro – Cats Block is a pretty fun match-three puzzle release in which your play blocks are actually alien cats (“neko” stands for cat in Japanese!). Read below to find out what we thought of the game.

Right at the beginning of NekoBuro you’ll get a cutscene telling you how six blocky cats landed on Earth after a solar storm. Totan, the first one to land, is found by a girl called Rino, and he’ll then begin his quest to find his friends.

The gameplay is relatively basic as-is: the blocky colored cats falls in groups of three. The objective is to have three cats of the same color lined up either horizontally, vertically or diagonally. There are also a few power-ups (more on that later) that will clear even more cats in the board. The gameplay is really easy to get the hang of, and you’ll probably have it under control within 5 minutes. 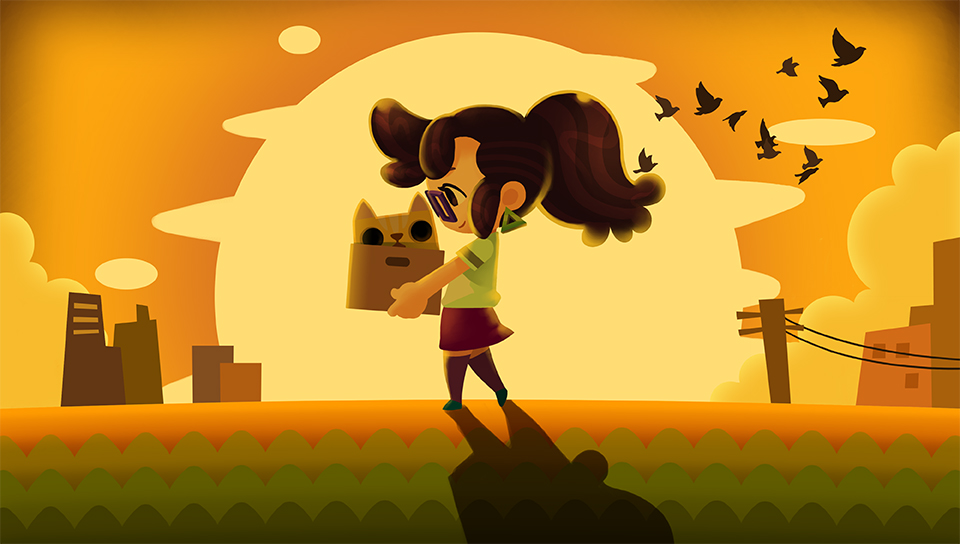 One of the first thing that I noticed in NekoBuro is how varied each of the level objectives (called Quests) are: each level has a different goal requirement to complete! That prevented the game from falling into a classic Tetris-like gameplay in which you only have to clear lines. For instance, in one level your goal might be to clear ten red blocks while for another you might need to chain your lines. A few levels even require you to use a specific power-up a set number of times.

Speaking of that, power-ups are awarded as you clear cats on the board in a progressive manner. If you want a better power-up, you’ll have to do complete more lines before actually being able to use it.

Completing each level with the best possible score will award you a medal, and if you’re a trophy enthusiast, you’ll want to earn “SS” in each of the 50 levels included in NekoBuro!

Outside of the main gameplay mode, you’ll be wandering in the room of Rino where you’ll get to play with the cats. You can also enhance her room’s furniture as you progress on the levels because finishing some objectives will award you new stuff to put in her room. Finally, the game being very Japanese as-is, it’s fully voiced in Japanese, and there are also English voice-overs. 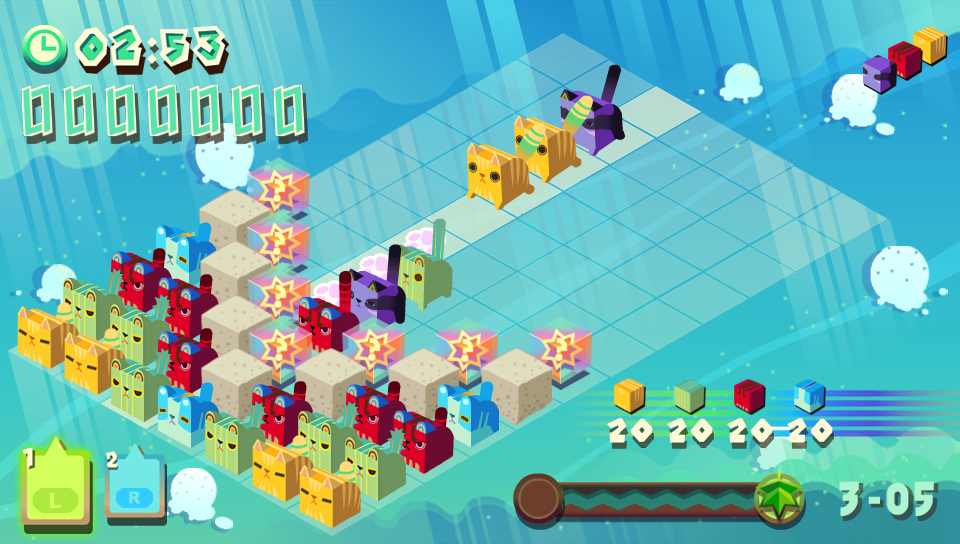 All in all, I liked playing NekoBuro, which is a fun, small game that can be enjoyed in short play sessions. I liked the gameplay elements and had fun playing through the different levels. The only real negative point about the game is the soundtrack, but it’s definitely not a dealbreaker.

More information can be found on the official site: http://www.fkdigital.net/catsblock/en/

You can purchase NekoBuro – Cats Block from the PSN.

The Castle Game Is Out Today On PS4!