Tic Toc Games took Adventures of Pip to Kickstarter twice. After failing their first campaign, they regrouped and did a second campaign that ended at $65,000 from a base goal of $40,000 – this allowed the team to smash through two stretch goals in the process. Adventures of Pip is an awesome title and definitely worth checking out. Come right in to learn why this is a game you have to play!

Adventures of Pip is a 2D action platformer in which you play as Pip (hence the name). Pip becomes a hero when he is tasked with rescuing the princess from the clutches of the evil Queen Skeleton, who has a plan to reduce every living being in the kingdom down to a single pixel.

As you begin the game, you start out with nothing but a single 8-bit red square pixel. While in this form you can glide, jump high and destroy enemies simply by jumping on top of their heads like in the Super Mario Bros. games. You won’t have to wait too long to get access to an ability to evolve and devolve as needed, when unlocked you can evolve into 16-bit Pip, who can wall jump, punch and make pink blocks when devolving. And then you will unlock the power to evolve into a sword-wielding 32-bit Pip, who can also move or destroy large blocks. The problem with 32-bit Pip is that he cannot wall jump, so you will need to devolve if you want to do that. 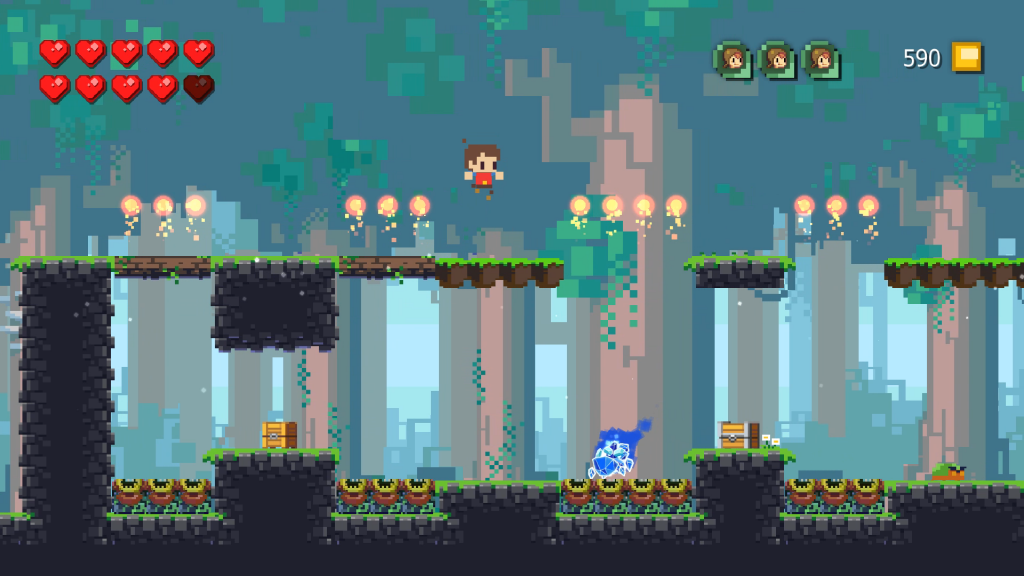 The mechanic of evolving and devolving fits in perfectly with the clever level design, leaving players to think about which form to evolve and devolve into when it comes to puzzle solving or simply getting from one end of a level to another.


In every level, you will find bitstream enemies. Pip can jump on top of them to absorb their energy and evolve. As for devolving, Pip can do hat at any time. And when Pip devolves, the game freezes for a second, and an explosion will emerge from Pip, which is very handy for clearing any pink blocks you might run into. 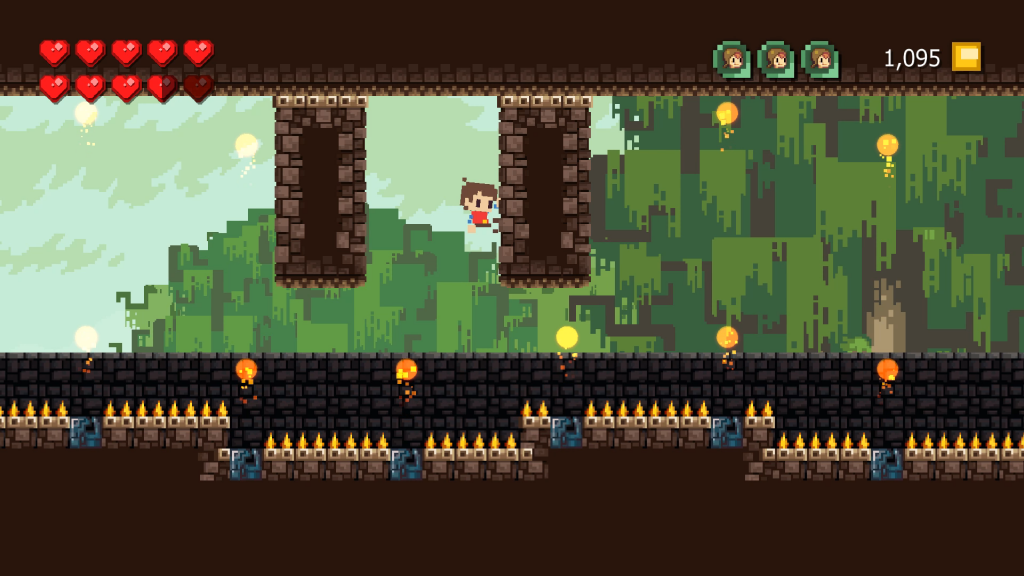 A nice side-quest for every stage is finding and rescuing the three villagers trapped inside. There are 108 people in total to rescue across six amazing worlds spanning 36 levels. Some villagers are in plain sight while others are hidden inside of walls. Several of them will require some creative thinking. And if you get stuck in your search you can buy an item that help you find them. You can also buy heart containers to increase your heart numbers (like in the Legend of Zelda series), but you will have to save your hard earned pixels as the heart containers are pretty expensive! Oh, and you can also spend your pixels on upgrades!

As you progress through the levels, the gameplay can get a bit chaotic, and thinking on your feet will be required. The checkpoint system might seem perfectly spaced at first, but then later on it can seem a bit unfair. For example, I managed to accidentally crush myself on a moving platform in the middle of a level, and I was pretty close to a checkpoint, but everything I did up to that point was automatically reset, and I lost my pixels too. Sure, sure, I did die through my own stupidity because I got myself crushed for being careless, but maybe an extra checkpoint before especially hard sections would have helped. 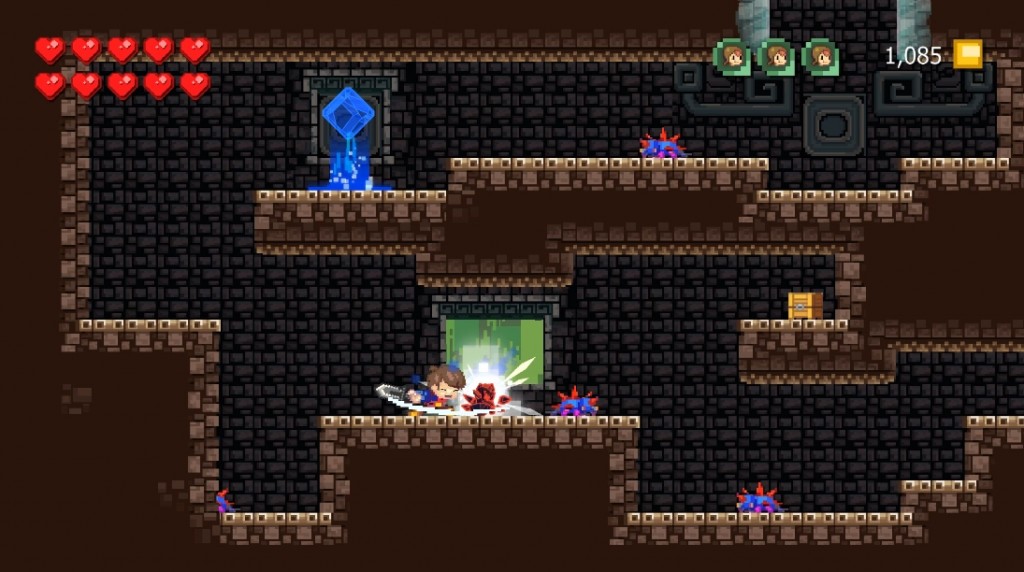 The graphics are cute, well polished and very smooth. The gameplay is very fun with with a good pacing of difficulty spikes as to not overwhelm players.

The game includes 20 trophies to earn, split into 19 Bronze and 1 Silver. Overall, it will take players around 5-8 hours to 100% the game depending on their skill.

Adventures of Pip is such a fantastic game. I had an absolute blast playing the game, and I am proud to have been a backer of the project. Tic Toc Games have exceeded my expectations. So congratulations to the studio for the launch of their first successful game! 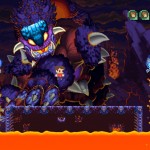 Lost Dimension Is Ready For You In Europe!