Xeodrifter is an exploration-heavy 8-bit action/adventure Metroidvania where you play as a lone drifter who, after an unfortunate incident where his ship collided with an asteroid, must investigate a cluster of four planets in search of a new warp drive.

As you explore the four planets in search of a new warp drive, you will unlock new abilities and power-ups that will allow the main character to become stronger, and certain planets are in theory open for exploration, but in reality they present areas that are out of reach or where you just can’t enter until you find the relevant power up or ability. 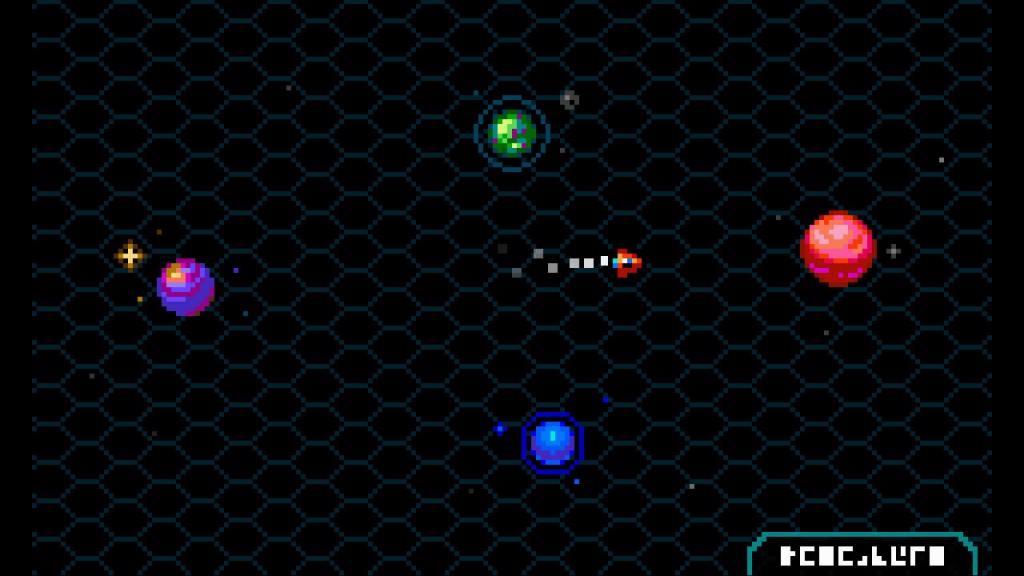 Xeodrifter pays homage to the beloved and popular Metroid series from Nintendo, focusing in particular on presenting a look and feel that transport us to the first Metroid game in the franchise. Xeodrifter will definitely appeal to the gamers who grew up loving 8-bit era graphics. 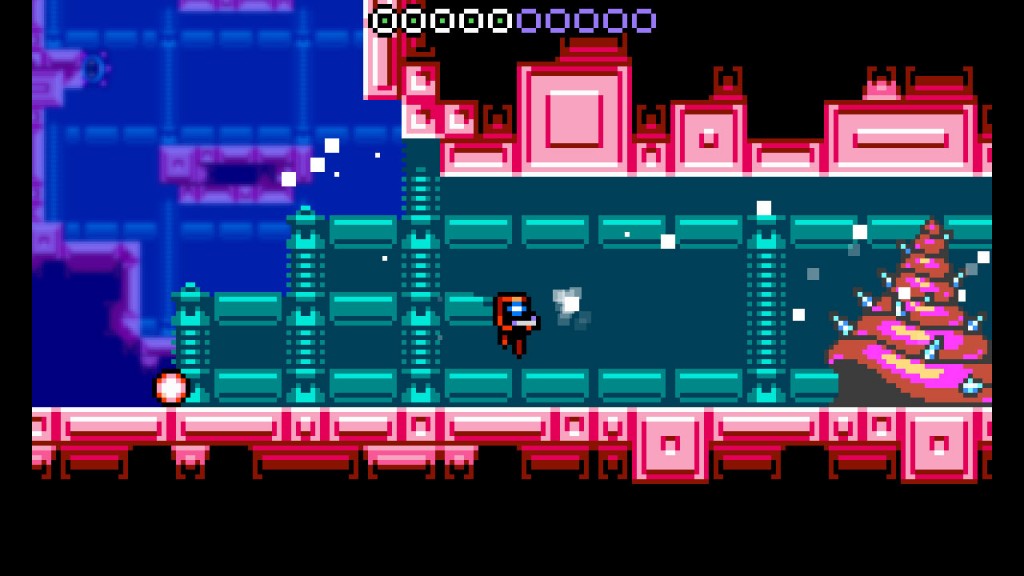 There is absolutely no hand holding and no tutorial. Once you press play, you are on your own and must figure things all by yourself. You can start exploring any of the planets you wish, but as I mentioned before, you will soon realise there is only one planet you can start to explore – the others will require a special ability to progress, and one, in particular, will have fun in presenting a huge challenge that will completely destroy you. 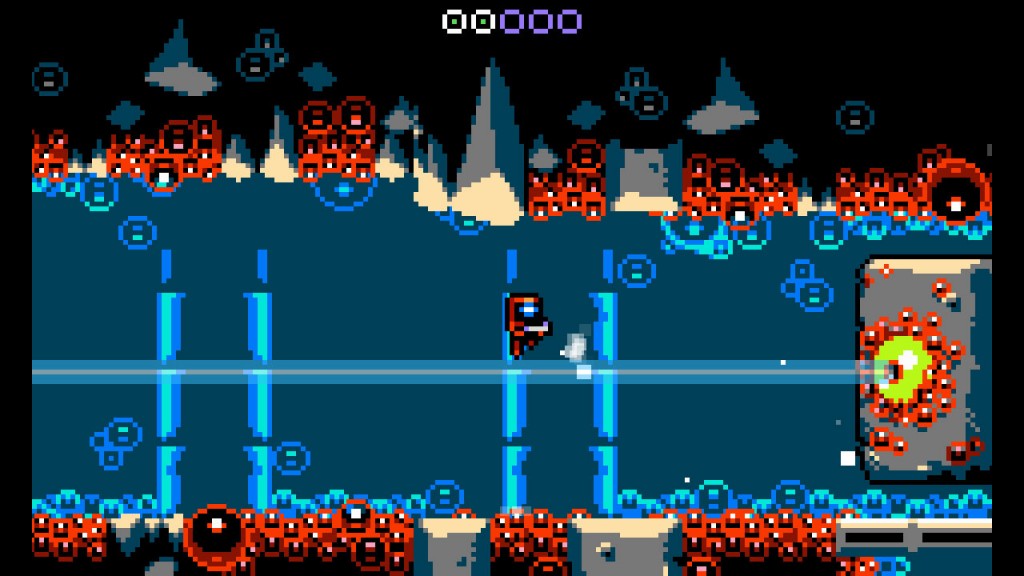 Each planet is littered with enemies that take multiple hits to defeat, so you must always be ready to kill before you are killed. Exploring every corner of every planet is what the game is all about, and Xeodrifter will reward you with power ups along the way that will make your attacks stronger. 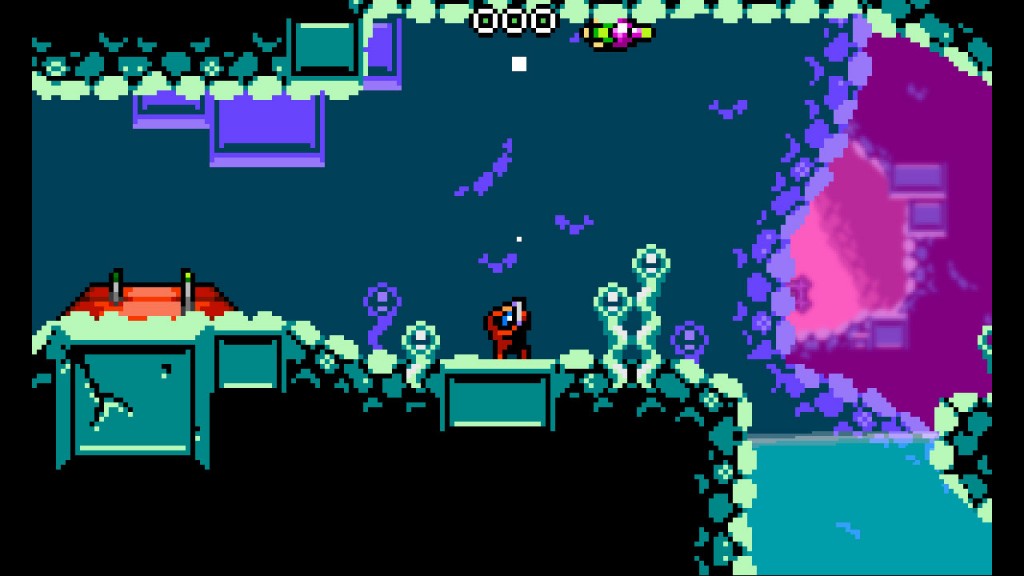 You can also customise your gun in a variety of ways with the hidden power-ups found during your quest. You will be able to enhance your bullets, increase your firing rate, and you can even turn your weapon into a laser gun! Aside from that, you will be able to find major power-ups that will aid you in your exploration, as is the case of a very handy Submarine to travel into the depths of each planet, or even a Jetpack to travel to higher areas that at first seemed impossible to reach. The best power-up of the lot is the ability to shift between planes, which opens up most of the areas in the planets for you to explore. 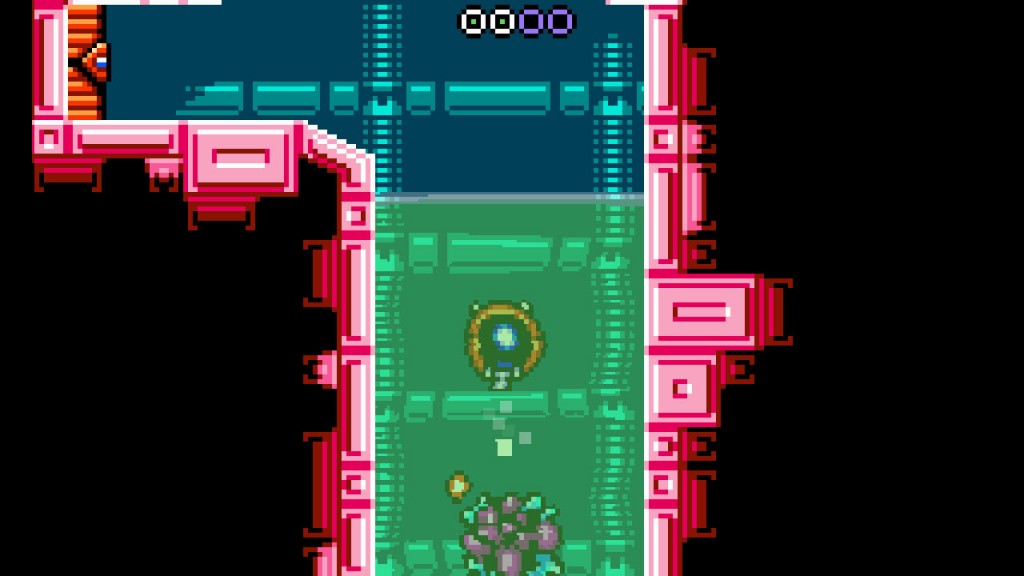 Like a typical Metroid game, there are plenty of boss battles that will challenge your combat skills. My only real complaint is that these battles are against what is basically the same boss. Sure, said boss does grow stronger and gain new attack patterns, but another boss or two would have been great. I can understand why there is only one boss since Xeodrifter is a two-hour game, so perhaps this is something that a sequel could address?

Despite this, Xeodrifter is a very good exploration game with an 8-bit era flair to it thanks to tis colourful and vibrant graphics, and it’s excellent chiptune soundtrack. 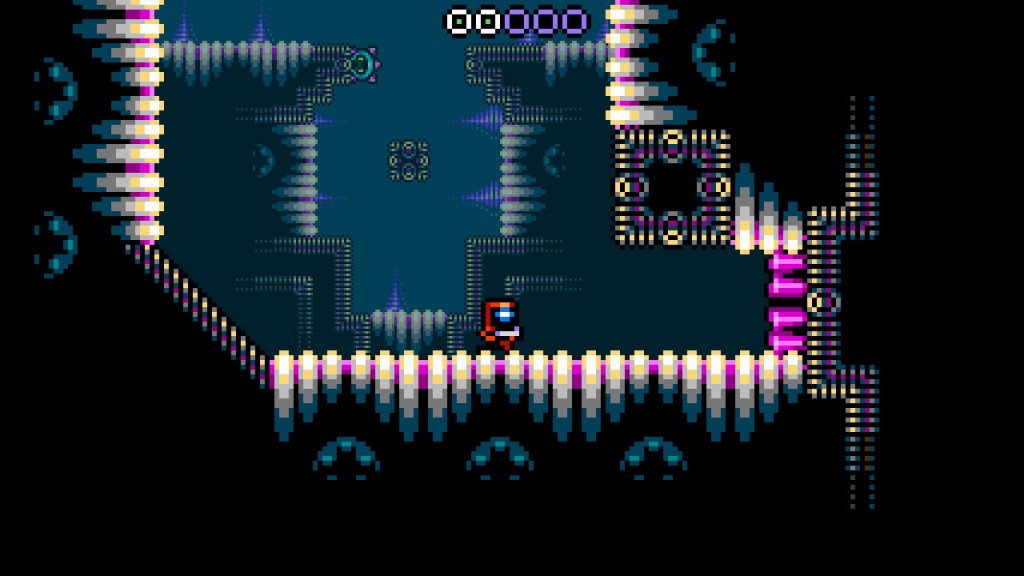 The good news is players who have had Xeodrifter on their radar can put their dollars away as the game has been officially announced as part of September’s PlayStation Plus line-up, alongside with Grow Home, Twisted Metal and a few others. 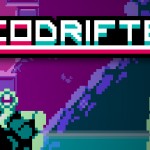