Astebreed is a short but sweet classic-style arcade shooter with some R-Type influences and beautiful graphics, and it is now available on PlayStation 4. What did we think of the game? Come right in to find out!

Things kick off right in the prologue chapter where you take control of Grato, who is the leader of an army of Mecha Pilots. During this chapter, you are taught the truth about the war between humanity and an invading alien race known as the Filune. The Filune has much better firepower, weapons and more manpower and is effectively winning the war. It is at this point that Grato manages to steal a very powerful mecha prototype from the Filune, which will help humanity turn the tides of the horrific war. At the end of the prologue chapter, Grato takes a backseat and allows the main protagonist of Astebreed take over and pilot the stolen mecha, he is called Roy Beckett, mankind’s last best hope of defeating the Filune once and for all. 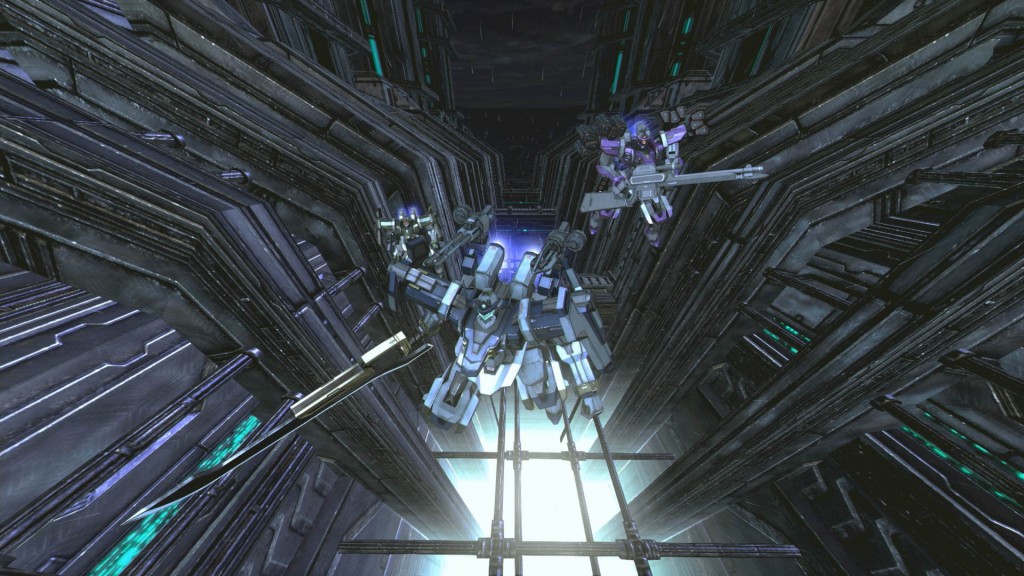 The game definitely focuses a lot on the gameplay, and I found the story to be quite difficult to piece together as the audio is in Japanese, and the English subtitles were waaaay down at the bottom of the screen. I found playing and trying to read the text at the same time to be a challenge, but fortunately you can pause and read the texts or view the timeline. 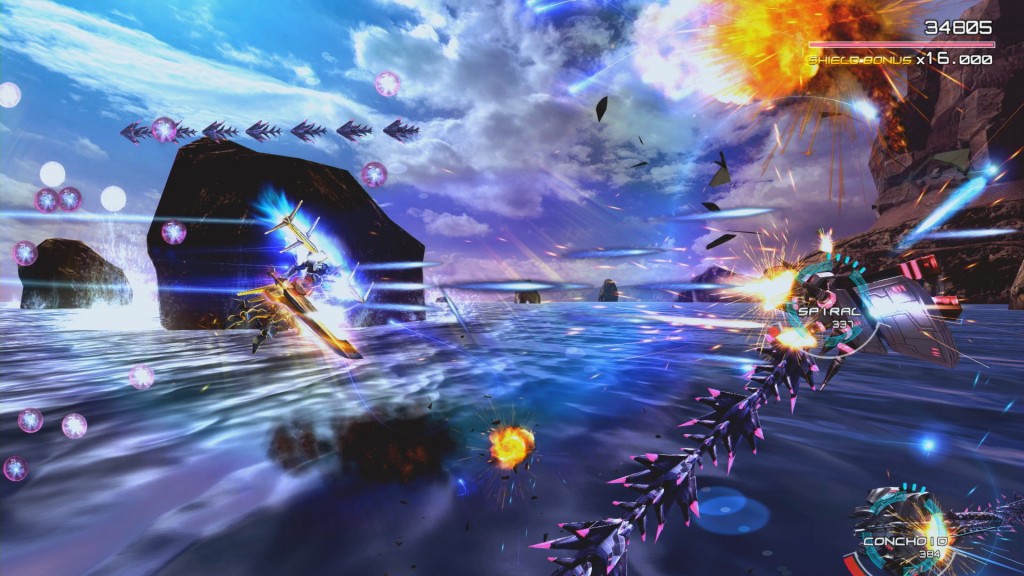 The game has six chapters, and each one lasts for a few minutes so the whole main campaign can be completed in an hour or so. There is a score attack mode which allows players to rack up high scores and grab a nice spot on the leaderboards, which certainly adds longevity to the game. Score attack is one of those modes that has a “one more try” factor going on, and it is definitely worth playing. 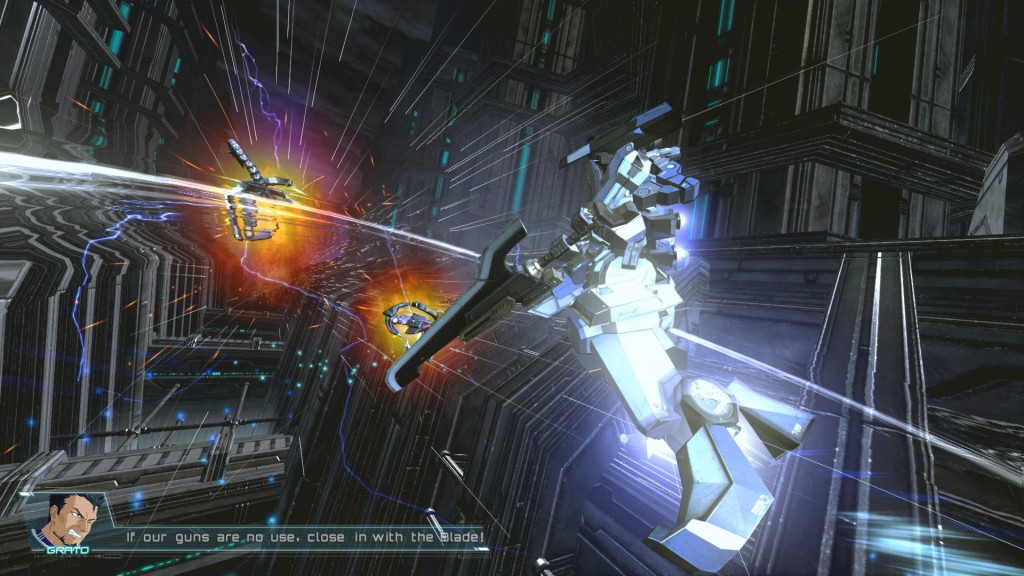 The primary goal of Astebreed is to fight your way through wave after wave of enemies. Using your X-Breed you can shoot with your Laser Cannons and engage in melee combat with your energy-powered sword which is the most powerful weapon in your entire arsenal… but it is not always effective since some enemies are immune to sword hits but are weak to cannon fire, so do experiment and get to know your enemies’ weaknesses! Also you have access to homing missiles that can destroy a group of enemies if you become too overwhelmed. Your shields are your saving grace, and they will regenerate here and there, so while you are low on shields try and move away from firing enemies to regenerate. 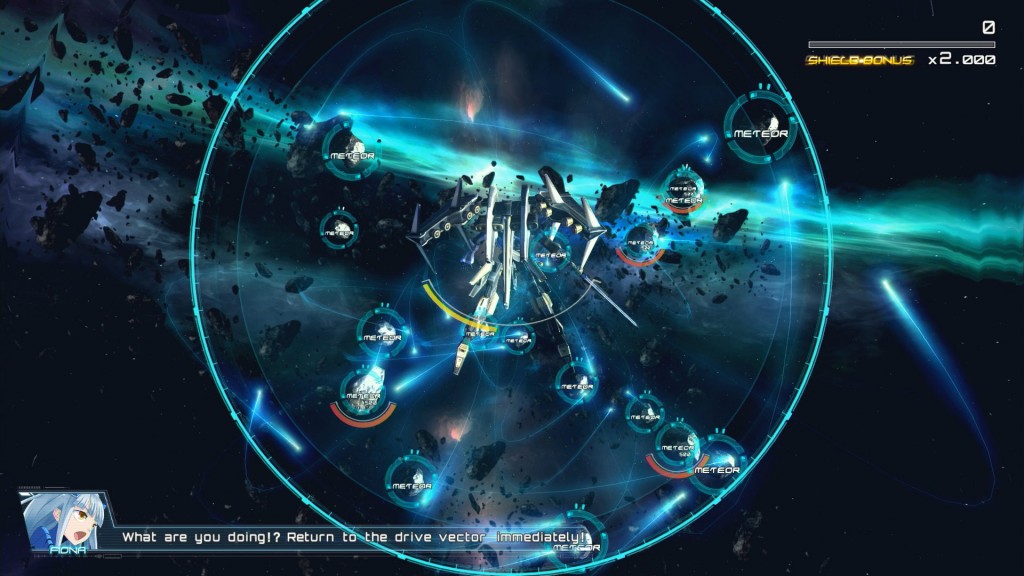 Each chapter has a boss for you to take on, and once you complete a chapter and start a new one, the enemy waves get harder as so do the bosses. The game is not hard overall, but it does require a bit of a “zen” state of mind thanks to its shooter nature.

The visuals look great, and the sound effects are awesome. Explosions are huge and colorful, making ti a thing of beauty while pushing a very Anime-style visual style. The game is pretty fun despite the fact it is short, and you do keep coming back for more in short bursts. 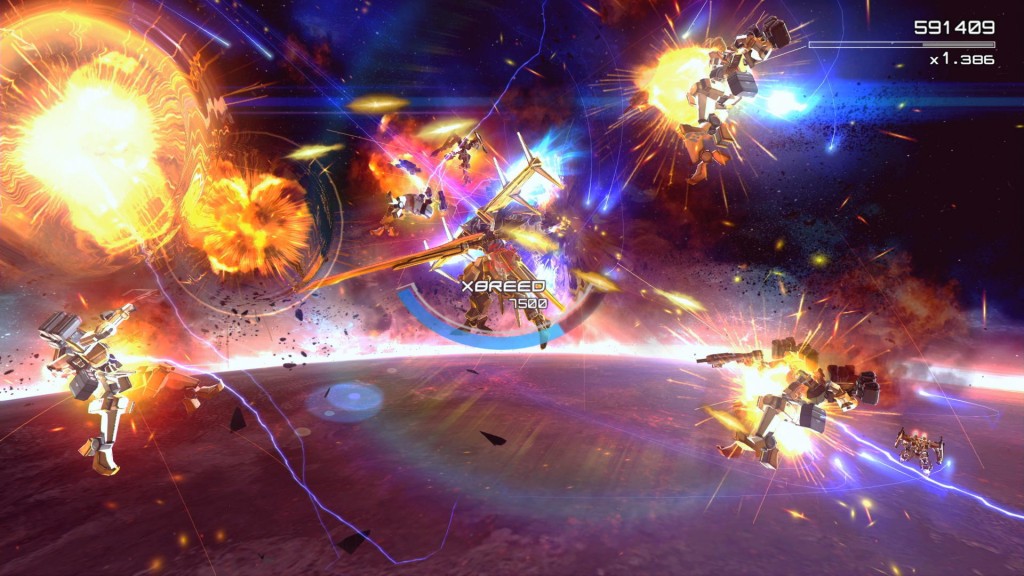 Also, Astebreed has a platinum trophy which kind of surprised me, and it’s a very welcomed surprise! You’ll need to do multiple playthroughs for the main game as well as the score mode to secure every trophy before you can unlock that platinum, so be ready! 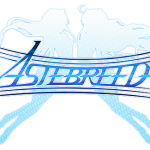