Lost Orbit is a Dodge em up with similar elements to the endless runner genre. This release was developed by the same studio behind Contrast, a game they did in partnership with Compulsion Games. Contrast was a PS4’s launch PS Plus title, and one that seems to be part of the “love it or hate it” category. But for Lost Orbit, PixelNAUTS has shown that they definitely know what they’re doing.

You play as a little guy called Harrison who is sent to fix a telecommunications relay a few star systems away from home. While out on the mission, the spaceship explodes into a million pieces, thus leaving Harrison completely stranded with only his jetpack as a companion, and what seems like an infinite air supply from his spacesuit. Now Harrison has to make the long and arduous journey back home. Along the way, players must help Harrison avoid obstacles in the path that can instantly kill him! So be sure to avoid all asteroids, lasers, aliens, machinery and anything else that could effectively stop you from moving forward. 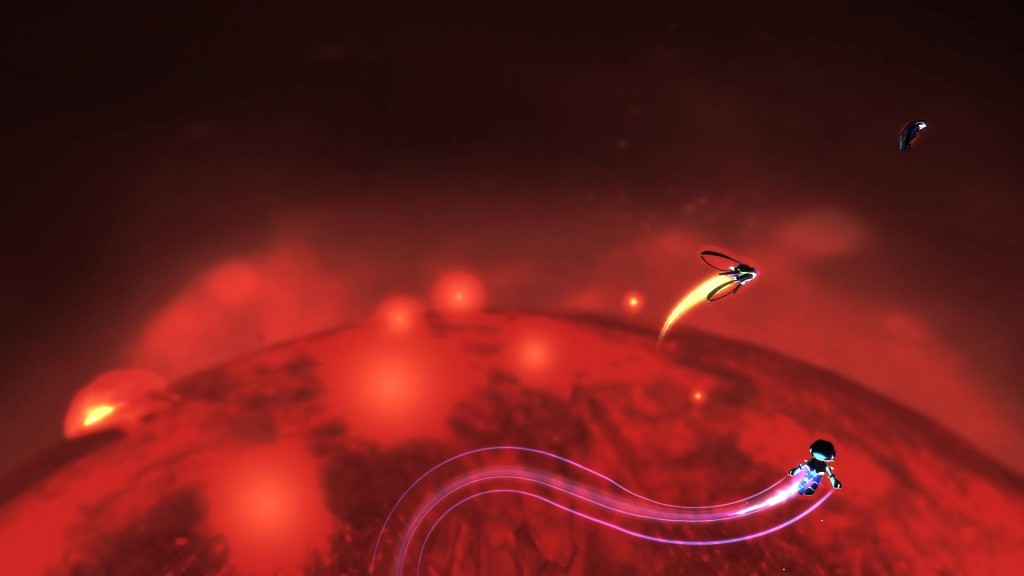 The game gets underway with a strong and solid narration from an AI robot called Null, an entity that manages to save Harrison, eventually joining him on his journey back home.

Lost Orbit includes around 40 levels, and each level rewards you with a platinum, gold, silver or bronze medals depending on the total time you take to complete it, the number of collected obtainium and the number of deaths. Each of these elements counts towards the coveted platinum medal. Therefore, getting the fastest time possible below the limit, picking up all obtainium and doing all of this with ZERO deaths guarantees you the platinum medal. Are you fast enough? 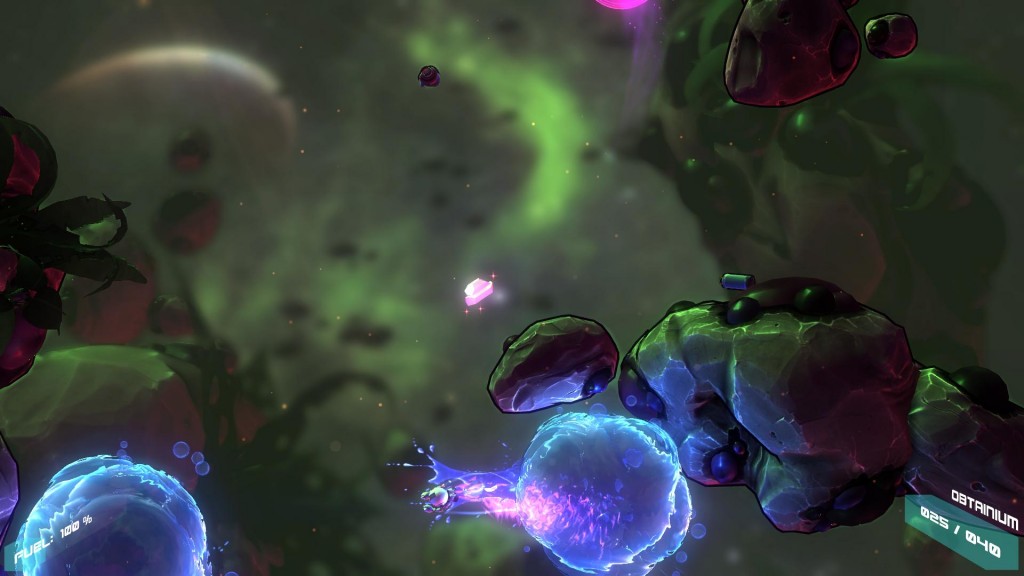 As you can see, Lost Orbit offers a great speedrunning opportunity, and this is exactly the kind of game Pixelnauts was aiming for. There are also timed trials that add even more replay value to the game. But fear not: if you want to play the game as is without going for the time trials or a Platinum medal in each level you can definitely do so and enjoy the great storyline. 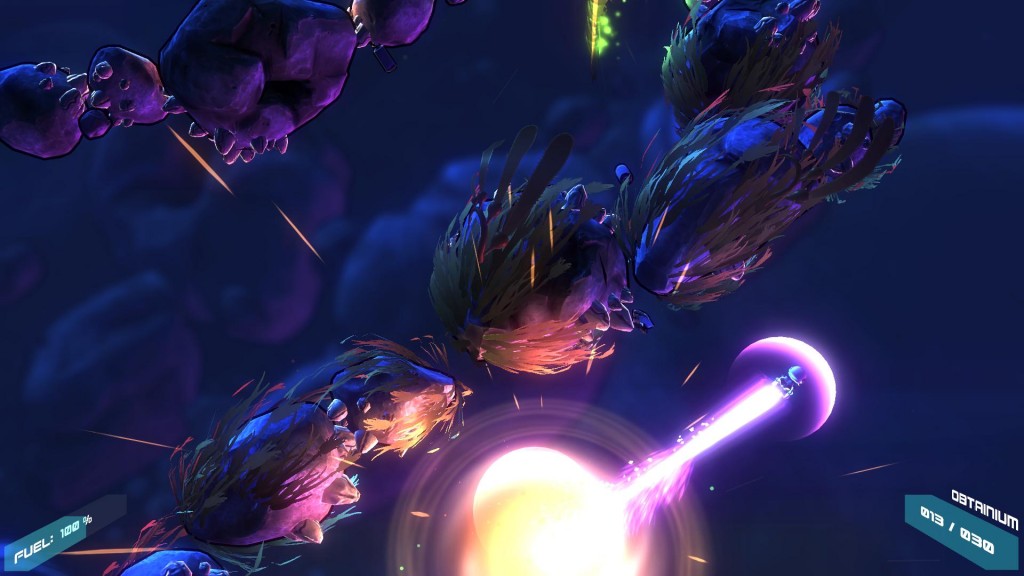 The game can be a little tough at times especially in later levels with tougher obstacles in your path, narrower passages and tight corners that can lead to some trial and error at times, but every level is completely doable with some practice. There’s also several checkpoints placed throughout each level that look sort like yellow laser screens, greatly reducing the frustration. But if you like a really a tough challenge… if you die, why not start the whole level again? That option is there if you prefer not to use the checkpoints!

The game has an interesting mechanic in how the screen wraps around itself. This lets you disappear off the screen on one side and reappear again on the other, an option that will be very handy when you are cornered by an asteroid! This little mechanic can save your life in a pinch. 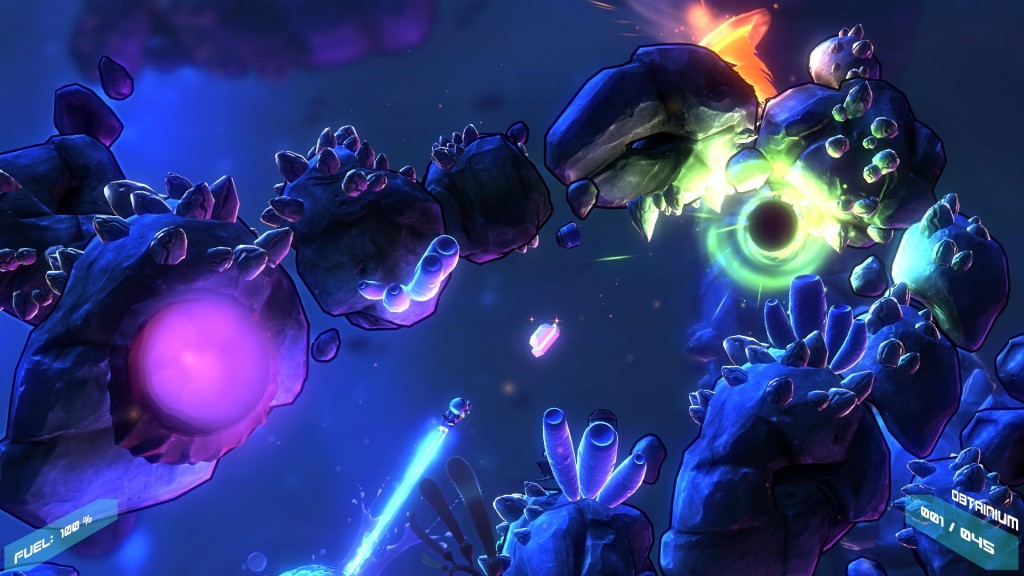 Every level contains several pieces of obtainium to collect, which count towards your overall score. They can also be used to purchase permanent upgrades for Harrison, making him go faster, become stronger or gain access to new skills. These upgrades will go a long way to helping you achieve the Platinum medal at every level, so collecting every single obtainium piece is extremely important.

Lost Orbit is a very fun game to play. The graphics are charming and very beautiful, the narration is top notch, the background music deserves high praise since it really does blend in with the theme of the game. My only complaint is the framerate drops that happen from time to time, but this can easily be overlooked as the game is very good. A game definitely worth picking up, if you are a big fan of speedrunning. 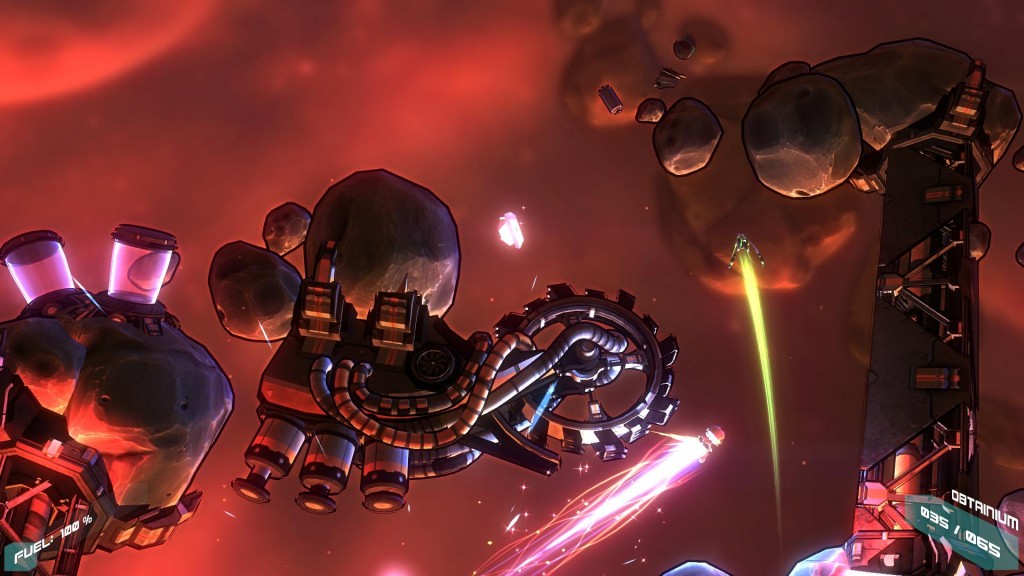 Overall this is a fantastic game, PixelNAUTS has done things right with Lost Orbit, they have clearly learned from developing Contrast for PS4. Yes, it is a short game, but it is meant to be short. Securing all trophies will require that you get really good at each level to obtain a Platinum medal in every level, and this greatly increases the replay value for the title.