Cosmophony is a music rhythm/shooter with a drum and bass soundtrack from French musician DJ Salaryman. Players take control of a ship and guide it down a seven lane tube-like tunnel filled with squares and triangles. The squares are your obstacles and can’t be shot or destroyed. The triangles are your enemies, and these you CAN shoot. Sounds pretty simple huh? Well, I found it wasn’t as simple as it sounds!

This game in practice is very hard to master. Each stage seems simple at first, but the speed at which you have to avoid getting hit by obstacles make’s it all the more challenging. It is a very fast-paced game, and ultrafast reflexes are required to get through each level. Ther are no checkpoints, and you only get one chance, one life, one mistake and you have to restart the whole level from scratch. The levels are not randomised, so you can memorise the layout, but due to the speed of the game you need to have an eidetic memory to get through all five levels and obtain all 4 stars per level, which is definitely a tall challenge! 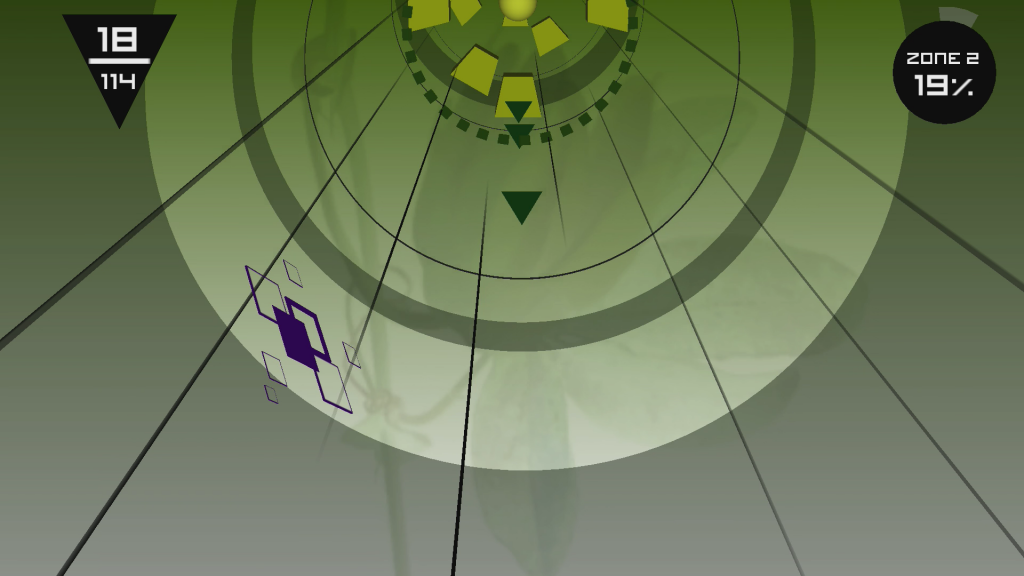 Each level also has a practice mode, a less distracting mode with much darker colours and checkpoints throughout the level and an unlimited number of lives – I felt this was a nice added feature. Players are free to get as much practice as they want before starting the real level. And this mode will become a necessity as levels DO become harder as you progress! The difficulty spike is punishing.

The graphics are very beautiful and colourful. I found the brightness a bit too much and a bit distractive. When you hit the halfway mark, the colours start to change rapidly and start to pulsate, which distracted me at first and caused me to make mistakes and effectively ended my game. This is intentional, and all you have to do is try again and again until you memorise the sequence. 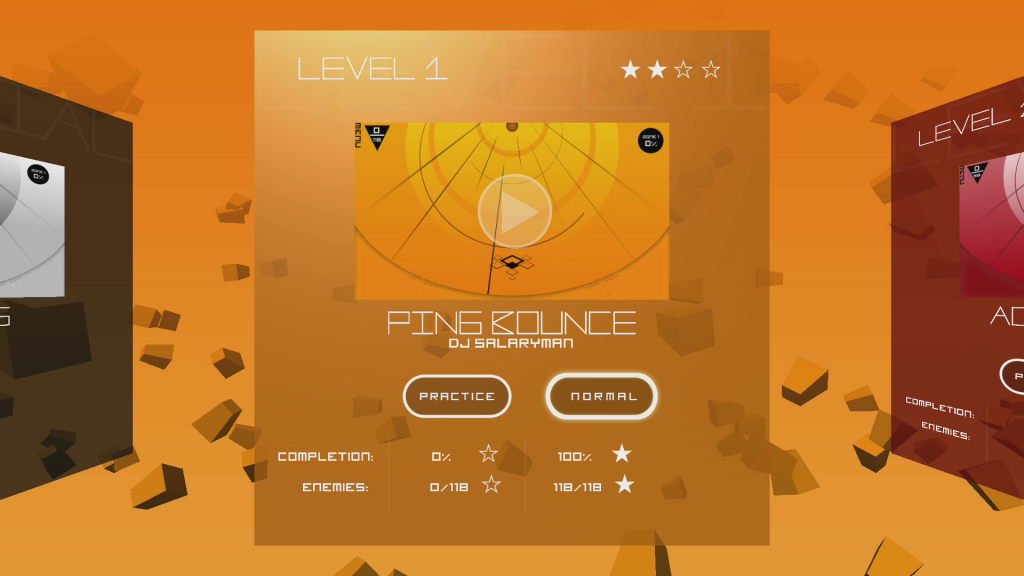 An options menu with a brightness control would have gone down really well, but sadly there is no options menu, so you cannot alter your game to your liking. Because the game contains a lot of flashing graphics/animations I felt the devs were in remiss not to warn players who suffer from photosensitive epilepsy as this game is highly unsuitable for them.

Cosmophony in my opinion is a love it or hate it type of game. I started out absolutely loving the game. Now, I don’t hate the game. Since there are only 5 levels across the whole game I can understand why the devs wanted to prolong the length of the game for replayability purposes, so that is why I think there is no flexibility and no options menus. The brightness and pulsation of the graphics made it much harder for me. 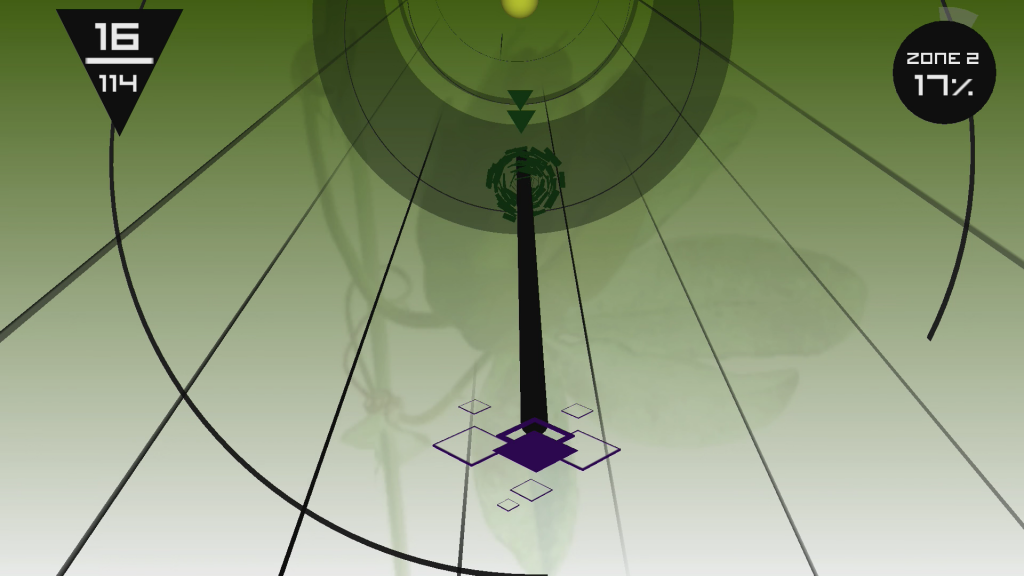 The music, however, is absolutely fantastic. The drum and bass soundtracks fits in perfectly with the gameplay. Players can also listen to the soundtracks without playing the game, which is a welcomed feature. 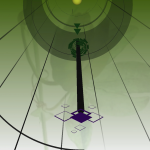