[Editorial] How Fallout 4 Got It Right | PS4Blog.net

We have been waiting for Fallout 4 for years now.

Fallout New Vegas was released on October 19, 2010. That was when we last got to enter the Wasteland. New Vegas wasn’t even developed by Bethesda, who DID develop Fallout 3 (release in October 2008). You can argue over which is the better game (Fallout: New Vegas), but what we can all agree on is that we are long overdue to arise once again from the Vault and explore the wasteland.

So what did Bethesda do right? Coming out of E3, one of the biggest games being talked about is Fallout 4. It’s expected to break sales records and games are going to try and avoid November 10th as much as possible. Why is this the game to be afraid of this winter?

Bethesda has two franchises that other publishers should fear: Elder Scrolls and Fallout. Very few studios can say they own two franchises that are this huge and critically successful. With that though, you can definitely be successful in different ways. If you’re EA or Activision, you publish your game every year, watering down the franchise while still keeping solid, but declining sales numbers. The other option is you could be Blizzard or RockStar and spend years making your games and publish them to release once they are ready, and when consumers are craving them.

Bethesda thankfully has chosen the late, deciding to spend a lot of time crafting their games, waiting for the right time to release them. For years at every E3, every gamer has clamored to hear the words Fallout 4 uttered on a stage. However, year after year we have been disappointed. Aside from a small leak indicating that the next Fallout game could take place in Boston (a rumor from years ago), there have been no proper leaks for real information. That is surprising as there’s are a large number of people working on the game!

Radio silence is what happened next. We don’t hear a damn thing. We then find out this year that Bethesda has called for a press conference on Sunday, the day before the rest fo the E3 press conferences. This was peculiar as Bethesda has never held their own conference before, what could they want that time for?

June 2nd, 2015. We get a countdown clock and a teaser for a potential Fallout 4 announcement on June 3rd, 2015. On June 3rd, 2015, Fallout 4 was officially announced. Years of waiting and we now know it exists. We even got a trailer.

The trailer is somber, showing us what the world looked like before and after the bombs were dropped. It spent a lot of time developing the mood and atmosphere to create something people would talk about. A few things I appreciated about the trailer were that it was made from the in-game engine, actually showing us what the game would look like. Too often do we see trailers that look great when you first see them, but when they are released, they don’t hold a candle to the visuals of the original trailers. Fallout 4 will look like the trailer upon arrival.

I also heard people saying it doesn’t look next gen when compared to games such as, say, Uncharted 4. I don’t think that’s a fair comparison in general as you are comparing two completely different types of games. Uncharted 4 is comprised of small set pieces, allowing you to maximize graphical fidelity, whereas Fallout 4 will be a massive world for you to explore, and you can go in whatever direction you want. I don’t expect those two games to look alike.

It seemed curious at the time why Bethesda didn’t wait to announce Fallout 4 until E3, but now that E3 is over, it’s clear why they did it this way. They had Fallout 4 marketing EVERYWHERE. There is no way it wouldn’t have leaked if they had waited for the conference, taking the thunder away from them. It was a great strategy to keep people talking about the game and hyping up their press conference to get more people tuning in, as Fallout 4 was definitely going to be there.

Now if you haven’t watched it, here is the Fallout 4 portion of the conference.

There are so many big things to talk about from what was shown at the conference that we could be here for awhile. Character creation, a pet dog, the world, dialog options, crafting, town building and Fallout Shelter (Still annoyed about the lack of an Android release). But I’m going to focus on one thing: the release date. This game is coming November 10th 2015. That’s right this game that was announced weeks ago is coming this year in early November. We are less than five months away from playing Fallout 4. Name the last studio that announced and launched a non-annualized title in that time frame? Usually we have years of lead up, leading to disappointment once we do receive it. This was mind blowing that we would see it this year, although I did suspect we would see it this year if you check my announcement post.

I applaud Bethesda studios for getting this right. They kept one of their biggest games from being leaked for years. They announced it on their own terms, when they were ready, and did it with a great trailer representing what you’ll get to experience in the game. The kicker is the release date that, like I said, is now less than five months away.

I do hope that other developers take note of this There are too many games that once announced take several years to be released out. Bethesda waited and will be rewarded. I wouldn’t be surprised to see Fallout 4 be the biggest selling game this Christmas!

That is how Fallout 4 and Bethesda got it right.

Tales from the Borderlands: Catch a Ride Available Today on PS4! 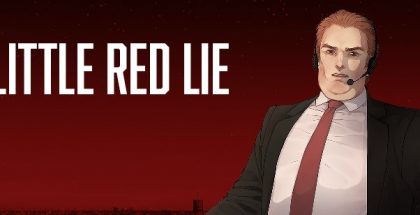 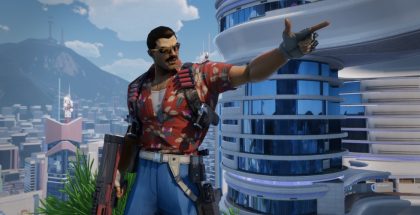