Omega Quintet is the first of Idea Factory International’s project on the PS4. In this game, you are following “Verse Maidens” which are girls tasked with saving the world. Did we like this game? Read below to find out!

In a world overrun by a mysterious, malevolent darkness, the only hope for humanity rests in the music of singing idols known as “Verse Maidens”. Wielding weapons of sound, they are tasked with fighting back evil and restoring the world, but it won’t be easy! These five plucky girls –with the help of their manager Takt –will have to give the performance of a lifetime to stop this darkness from claiming the last of humanity. Will they be able to band together and blow this evil away, or will they fight only to discover that the darkness has been lurking within them the whole time…?

At its core, Omega Quintet is an RPG built around a musical universe in which you follow the story of five Verse Maidens in their quest to save the world. After a few events, you quickly dive into the battle system. In this game, the battle system is very fast-paced and can yield to combats that are just a few seconds Each character and enemy has a “turn” to play that is reminiscent of Final Fantasy X’s CTB, and you can delay your enemies’ turn with some attacks. Speaking of which, each attack has a range of efficiency that is variable depending on how the monsters are positioned on the grid. Also, quite like in Final Fantasy XIII’s battle system, attacks can be chained in the same round to deliver devastating damage on your foes. 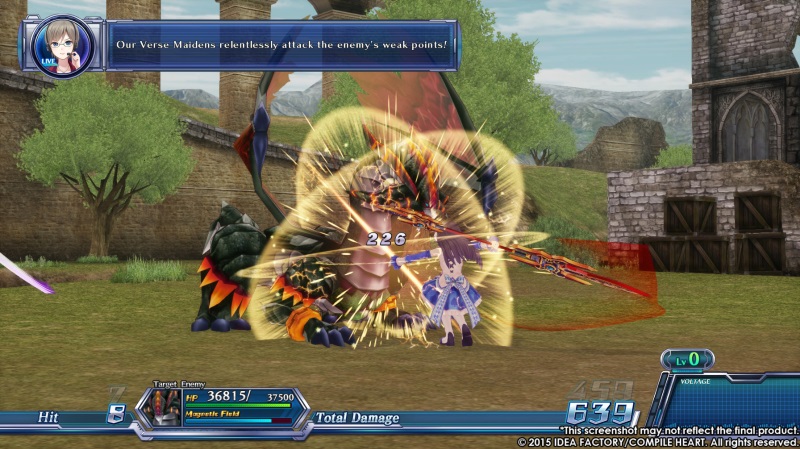 In the dungeons, I thought that the enemy respawn rate was way too high because enemies usually come back after only a few seconds. They often got in the way when I needed to backtrack, and they were hard to evade, meaning I usually had to fight them again. On the backtracking matter, I also noticed that the level design was not clear enough to determine what the objective was for the current mission. Finally, the first few hours of this game are filled with too many mandatory tutorials that usually explains basic RPG stuff. I think that those could have be removed from the game and only leave the ones explaining the battle system technicalities.

Outside of the dungeons and battles, Omega Quintet is a lot less fun than what I was expecting. One of the main issues I had with this game is the ton of dialogues you will have to go through to get to the next dungeon. It quickly became commonplace that 15 to 30 minutes of dialogues was happening between each mission, and all this talk doesn’t even advances the story in any meaningful way. I quickly resorted to skipping all of the dialogues (probably losing some important story development in the process), but instead of skipping as I was expecting, it’s only displaying very fast (you can then see how much text you just skipped). Also, the dialogues are heavily inspired by Japanese culture, in the way that there is often someone screaming (like in most animes), which eventually got on my nerves. 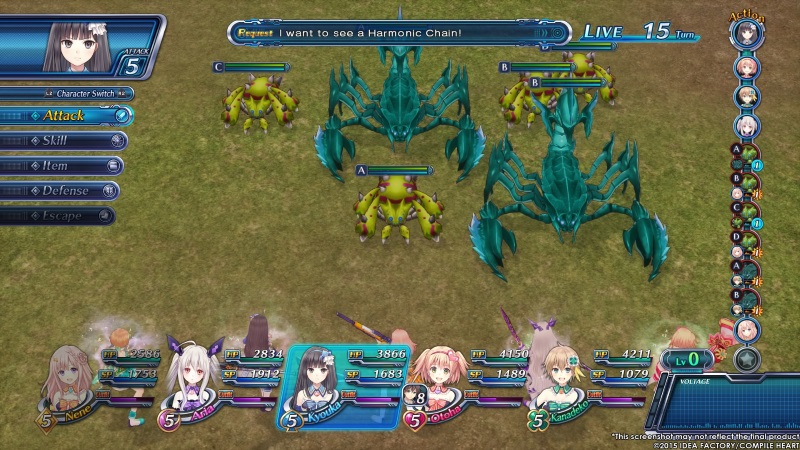 As is the case with Compile Heart games, you can be sure that there is an affection mechanic between characters. In this case, you will develop the affinity between the Verse Maidens and the main character Takt. The cutscenes also include a good share of fan-service that will certainly please those new to the genre.

Final Thoughts
Omega Quintet is an RPG built around a lively musical universe, but I found it deceiving to see that most musical themes are either annoying or forgettable. Apart from the opening theme, none was particularly catchy. As I mentioned, the battle system was fun to play, but the hellish enemy respawn rate broke the experience for me. Also, the dialogues between the characters were way too long (ranging from 15 to 30 minutes of words that don’t advance the story). At least the fast-paced battle system is okay and the most fun I had with this game. A friend of mine purchased this game on launch day and had a similar experience than mine.

You can purchase Omega Quintet from the PSN.


This review is based on a PS4 digital copy provided by Idea Factory International. 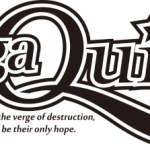