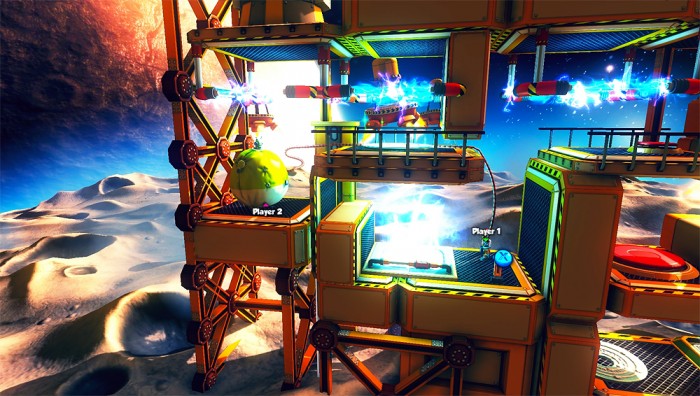 Shiftlings from Rock Pocket Games and Sierra is a clever puzzle/platformer where players control a pair of aliens. This not so dynamic duo is part of a reality show where millions of people are always watching as they take on extremely dangerous challenges. Oh, and they have no idea they’re part of said show.

The two aliens janitors wear inflatable spacesuits joined by an air hose. They love to ingest some fizzy space cola and pass gas, thus inflating their airtight suits. They’re also able to swap the gas from suit to the other, which is basically the main mechanic of this game. Players will spend the entire game farting their way through 50 levels over five different worlds, at ten levels per world with a boss to defeat in the end as well.

Because the pair are conjoined, coordinating is a very important component in single player mode, as you are controlling both characters, and you have to switch over from one to the other in a matter of seconds with the press of a button. At first it is very cumbersome to try and control two characters at once although, but you eventually get the hang of things. When one character is inflated he can can’t jump, but he can pull his partner through narrow gaps or pull him up if he falls over the edge.

In each level players have to shepherd the space cleaners safely to the exit, and this objective is far from straightforward, especially in single player mode. The levels are littered with traps and controlling both characters at the same time will keep you focused on the action at all times. In Co-op mode, each player controls one of the space janitors, making it easier to focus on a single character as long as both players are in sync and communicate with each other in order to work together.

If players make mistakes, then the aliens will meet their doom instantly. Thankfully there are checkpoints scattered throughout each level, making it easier to reach the finish line without having to start again. The ultimate goal of each level is to activate a switch at the end of the level that will in turn activate the exit. 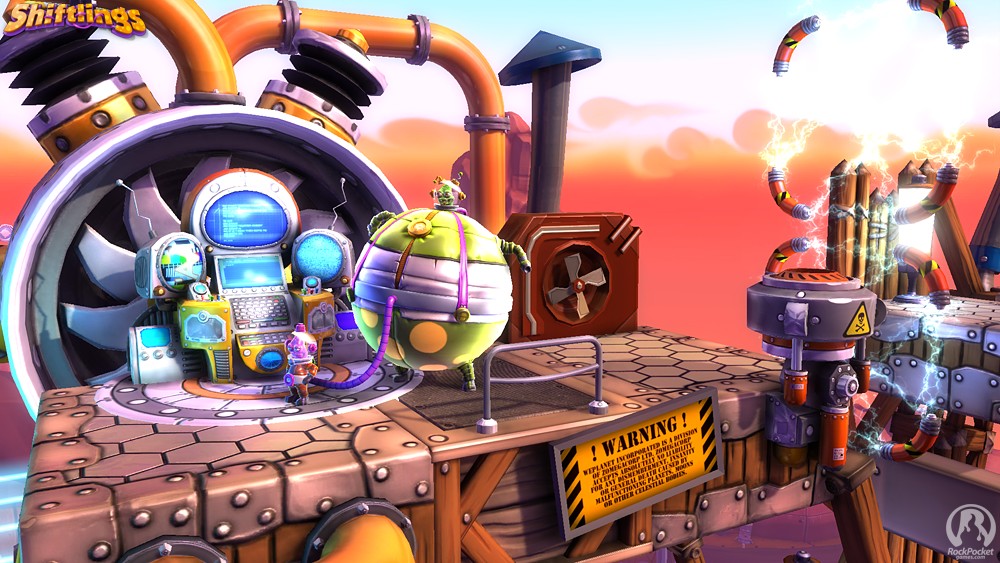 Players will be able to fly through some of the levels in a handful of minutes, but others might take up to 15 minutes or even longer since there is a nice difficulty curve as you go that gradually bumps up how hard each level gets.

There are 150 black Hola Cola bottles to collect across all 50 levels, and collecting a set number of Hola Cola Bottles unlocks an additional boss to defeat. Also, completing 10 levels unlocks the time trials mode and the leaderboards, which is a nifty feature. Time trial adds a lot of replayability as well on top of all the content the game has to offer. There is also a level select feature so if players miss any Hola Cola bottles they are free to go back and collect them at any time (which means no missable trophies!).

The graphics are absolutely beautiful and very vibrant. The level design is very well thought through and some of the puzzle designs are quite complex, forcing players to think and plan their movements carefully as there are a lot of obstacles, traps and hazards to overcome. 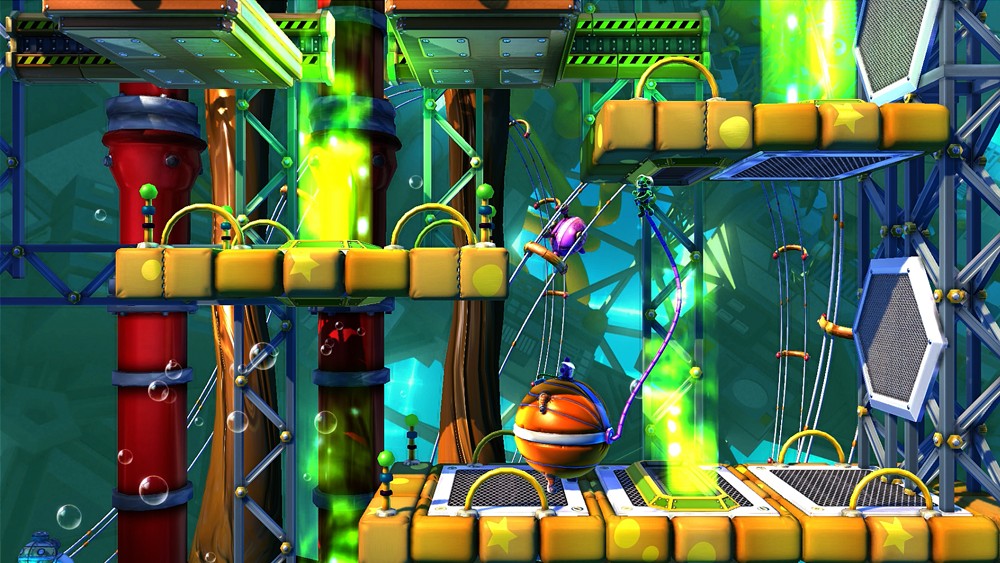 The title has a full trophy count with 29 trophies in total: 10 bronze, 12 silver, six gold and one shiny platinum.

Shiftlings is a fantastic game i would highly recommend playing it, just not in single player the game is definitely better in co-op as a lot of the frustrations will not exist with two players helping each other out and making the gameplay a whole lot easier. So only play this game if you have a buddy to play with. Overall the game is very funny, and the cutscenes will have you laughing hard!

The Last of US: Left Behind To Be Available As Standalone Release 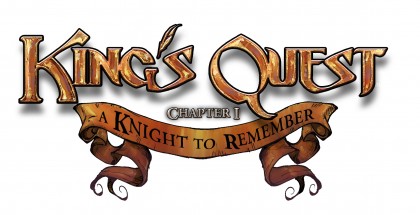 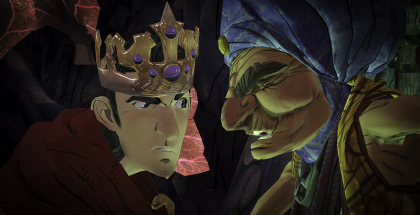