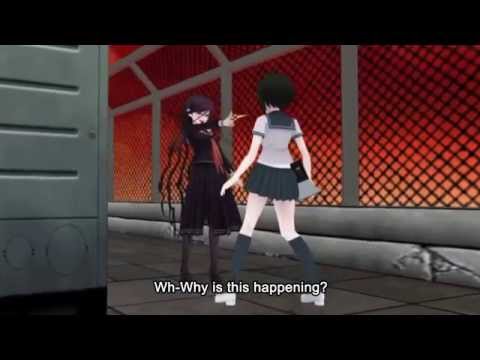 Komaru Naegi is a normal girl, the kind you can find anywhere. She was taken from her family and imprisoned in an apartment during The Tragedy. Komaru had almost completely abandoned hope and had accepted her imprisoned life until one morning when she was forced to learn an even deeper despair. It all happened when someone suddenly broke down her front door, but it wasn’t a hero or a savior…

Komaru narrowly escapes and finds the outside world is not the one she knew from over a year and a half ago. It had become a world of despair, where children controlling Monokumas ruthlessly hunt down adults. Her only hope of survival is the Hacking Gun, given to her by a mysterious stranger, and another girl by the name of Toko Fukawa. The Limited Edition veriosn for Danganronpa Another Episode: Ultra Despair Girls will include:

You can pre-order this limited edition by clicking here.