When I reviewed The Pinball Arcade : Season 1 I had mentioned that they were doing a Kickstarter for a new table: The Addams Family. Well guess what? They’re Creepy and they’re Kooky, Mysterious and Spooky. They’re all together ooky. The Addams Family Family Pinball table has hit the PS4.

This addon includes the pinball table The Addams Family™. Every flipper, bumper, sound effect, and display pixel has been painstakingly emulated in astonishing detail.

The Addams Family™ (1992): is considered by many to be the best pinball table of all time, which is backed up by the fact that it broke all previous sales records for flipper games. Based on the movie of the same name released in 1991, this is a brilliant design from Pat Lawlor and Larry DeMar. All of the memorable characters and themes from the film are perfectly integrated into an incredible gameplay experience. Notable features include the first ever optical target bank, ball affecting magnets under the playfield and the ‘Thing’ hand that comes out of its box to magnetically grab the ball! The ‘Thing Flips’ is an exclusive Williams® / Bally® innovation. Using advanced artificial intelligence systems, the game learns to shoot the ball into the Swamp from the upper left flipper. 20,270 units of this table were produced.

So unlike some of the other tables I’ve reviewed on the site from Zen Pinball which take existing properties and turn them into really cool and current pinball tables, Pinball Arcade’s goal is to take the pinball machines of old and properly convert them into a digital recreation of those beasts that used to light up our arcades. Their goal is to preserve the pinball tables from days gone by so that the current generation gets a chance to replay some of these masterpieces.

The machine was originally released in 1992, and it was based on the movie reboot from the prior year for the Addams Family. This table was released just at the right time when arcades were in full swing and this went on to become the best-selling pinball table of ALL TIME! I definitely remember playing this one at the arcade in the local bowling alley and enjoying quite a bit.

I was pleasantly surprised when I booted up the table because it looked just like the old pinball table that I used to play back when I was a kid. Everything about it screamed vintage Addams Family, and I even smiled after seeing Raul Julia on the top of the machine, as he was my favorite actor in the movie. They nailed the HUD display on the machine as well. It has all of the details I remembered from the original including the bit at the end where Thing walks by with a wagon and the numbers bounce out. Everything just took me back to the old days. 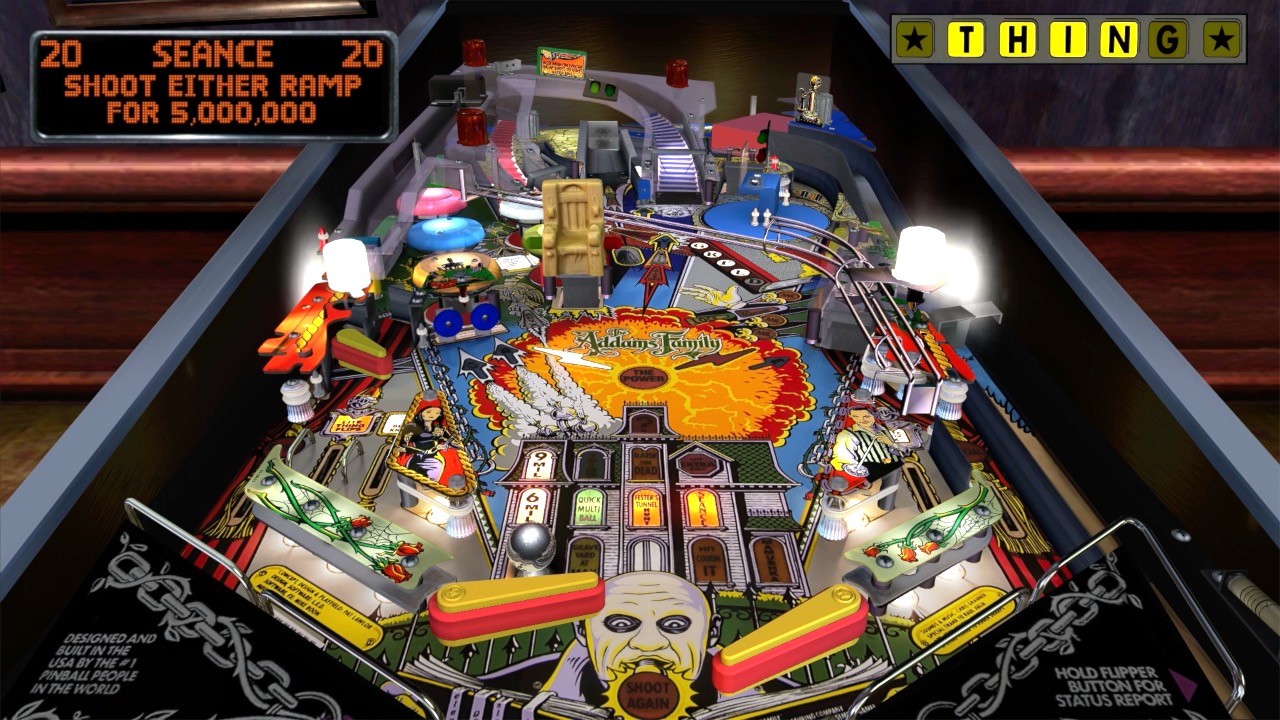 When you start playing the machine you will load up the game, and you will notice The Addams Family mansion down on the floor of the pinball table. Your goal is to light up the windows on the pinball table, with each window representing a different character¿s room and a new task for you to complete on the pinball table. These all represent a different level of challenge that will probably take you a while to master. One of my favorite touches was a Giant Thing hand that will pop out of the box on the table and take your ball, saving it for the multiball mode – a really unique feature for the original table and extremely fun to have available in this digital release.

Playing the game was very smooth but also very difficult. As this is a true recreation, they managed to capture the difficultness of the original machine. That’s not a bad thing, however if you have been playing some more forgiving tables, then this one will take some getting used to before you’re hitting all ramps and activating some combos. All four flippers on the machine felt good, and I was able to hit the targets that I was aiming for with the right timing.

This is a great restoration of a classic machine that I was familiar with while growing up. It really brought up some nostalgia and reminded me of those early nineties summers. Now everyone will have a different reaction to something from back from their past, but I was so glad to see this one captured perfectly. If you missed it back in the day, this is the table you should be checking out as it really is one of the best pinball tables ever. I can’t wait to see what FarSight Studios has next up their sleeve to bring to the table.

This review is based on a copy of The Addams Family™ Pro Table Pack provided by FarSight Technologies Inc. 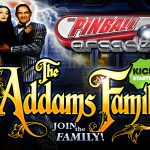