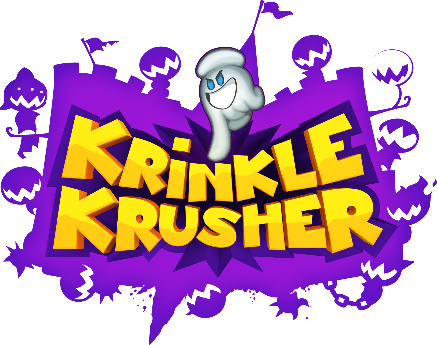 Ilusis Interactive Graphics got in touch with us to mention that Krinkle Crushers is on its way to Sony’s PlayStation 4.

Krinkle Krusher is a fantasy castle-defense game driven by a humorous storyline, and filled with lots of magic and spell casting (instead of weapons). The Krinkle King has created his army and has ordered it to storm the Kingdom’s castle to capture the Great Tree’s magical fruit. Help Handalf the Mage to defend the kingdom using powerful magic.

Full Platform Cross-Buy: Purchase the game once and receive all three PlayStation versions: PS4™, PS3™ and PS Vita.
Three different combat areas: the Castle Walls, the Putrid Swamp, and the Magical Forest.
Help the Mage and his assistant Mitty to defend 60 different locations in the kingdom.
Battle massive bosses, learn their attack patterns then defend with spells to show them you are the greatest mage on Earth.
Discover various spells and use them in combination to create magical defenses around the battleground.
Acquire gem stones to improve your spells and turn them into deadly weapons.
Use five different items to improve your chances to survive during frenetic battles.

We’ll keep you updated on Krinkle Krusher, and we’ll hopefully be working on bringing you a review close to launch.

The Fall Is On Its Way To PlayStation 4