Grim Fandango is held as one of the many classic adventure game released by LucasArts that have managed to stand the test of time. This project, lead by Tim Schafer, was the first time that an adventure game from LucasArts used 3D models along with pre-rendered backgrounds (what most of you know as the “Resident Evil” look), giving it a very unique look among its peers back when it released in 1998.

Want to know if this remastered version is worth your time? Let’s find out!

Something’s rotten in the land of the dead, and you’re being played for a sucker. Meet Manny Calavera, travel agent at the Department of Death. He sells luxury packages to souls on their four-year journey to eternal rest. But there’s trouble in paradise. Help Manny untangle himself from a conspiracy that threatens his very salvation.

Grim Fandango tells the tale of Manuel “Manny” Calavera, a salesman who is trying to pay his debt in order to be able to move on with his life. And what does Manny sell? Travel packages for the recently departed! Depending on how good someone was while he/she was alive a person will have some extra credit they can use to secure a better travel package from the agency as they travel to the Ninth Underworld. This can go from a comfortable and luxurious walking stick to help them along their long four year journey, up to a ticket on the Number Nine, an ultrafast train that can get to the Ninth Underworld in four minutes. 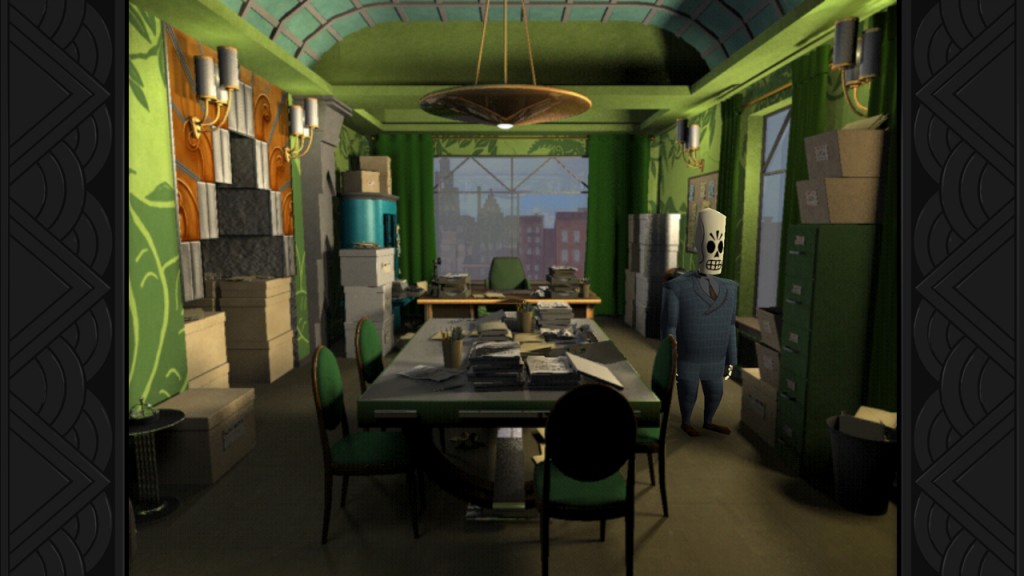 Manny used to be a great salesman, but nowadays he struggles to get a single good client because, for some reason, all he gets are downbeat and poor souls with no credit. Frustrated by his situation, Manny decides to do something for his “luck” and, therefore, steals a client from Domino Hurley, his afterlife rival. But when Manny gets access to Mercedes “Meche” Colomar, he senses that something is wrong. Meche had a very good life and was practically a saint, but the computer refuses to give her a ticket on the Number Nine. When Manny goes to investigate what might be going on, he finds that things aren’t what they seem, and starts to understand why he’s had such a lousy streak.

As you can tell from the screenshots, the remastered version of Grim Fandango improves the graphics and lighting of the game, but that’s not all that this new version offers. Players will also have access to a modern control scheme (which is a nice change from the original tank controls – yes, just like the controls for Resident Evil!). On top of this, the soundtrack has been re-recorded with a full orchestra, making the score and even better complement to the adventure. The game looks greats, sounds great and feels great, letting us see that when a port is done with the proper care you will end up with an even better game. 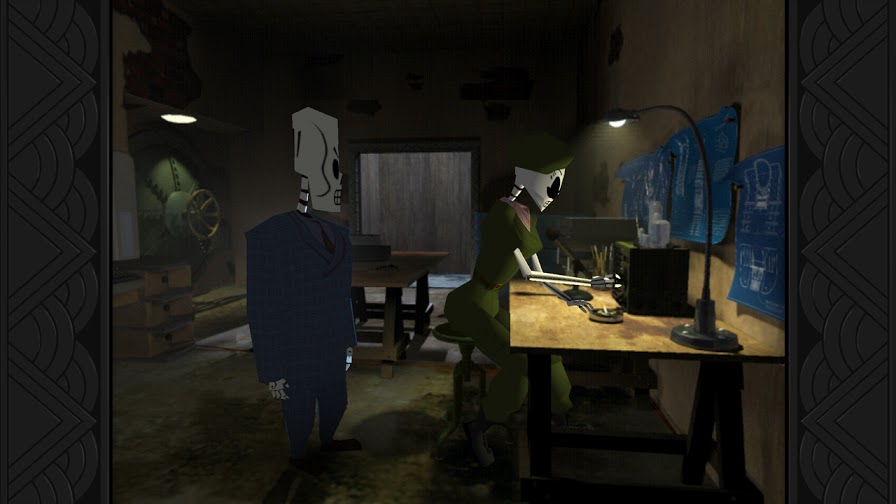 Trophy hunters will be thrilled to learn that Grim Fandango Remastered features a full trophy list with a Platinum… until they realize that in order to get said Platinum trophy they will need to play the entire game with tank controls, just like back in the day! By the way, do check the description for this trophy because it’s definitely good for a chuckle. 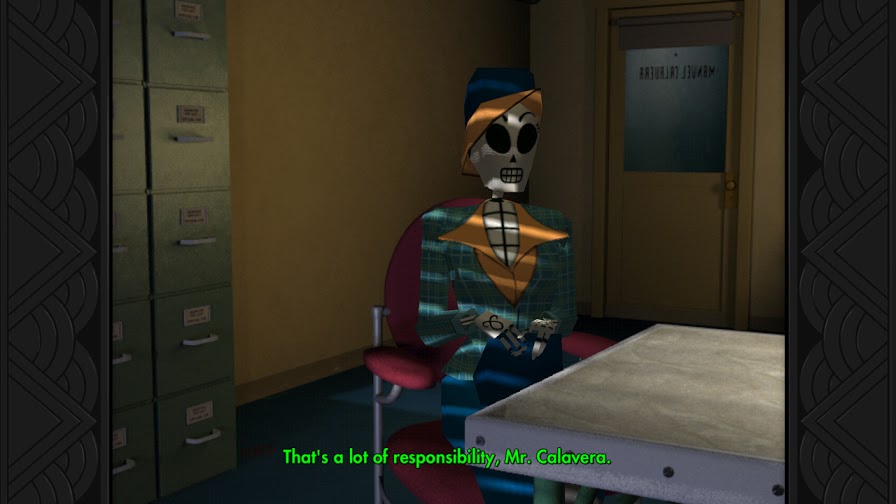 Grim Fandango was a classic, and Grim Fandango Remastered makes sure that we don’t forget it. The great voice acting, excellent puzzles, the improvements, and the developer’s commentary included in this new release make it the definitive version. Every gamer out there needs to add this to their collection.

Four New Games for the PS4 on PS+ this month!