Ubisoft and Hasbro just released a new version of the popular board game Trivial Pursuit, called Trivial Pursuit Live! This version allows you to compete with players from all around the world, and it is actually a very good quiz game. Before going further, take note that I’m a real fan of quiz games and I’ve bought a few, such as the previous Trivial Pursuit release on on PS3, TV Show King (also on PS3), and half a ton of trivia board games!

So, is Trivial Pursuit Live! any fun? Yes! This game is a very good take on the classic board game and great for either couch or online competition.

A modern twist on the world’s most well-known trivia game! Trivia has never been so much fun. A more modern look, new reinvented question types, and the world’s best questions from the world’s top trivia authority.

The first thing that stunned me while I started playing this game is how good it looks. Trivial Pursuit Live! plays out as if you were watching a game show, and is almost perfect in its presentation. The question pool is varied, and as I played a few evenings with friends, I was never asked the same question twice. The questions are also very up-to-date which is great for a quiz game of this caliber! As in any trivia game, the difficulty of the questions are fair, but they still require players to have a good knowledge of general culture. The voice acting and the overall soundtrack of this game are also really great. 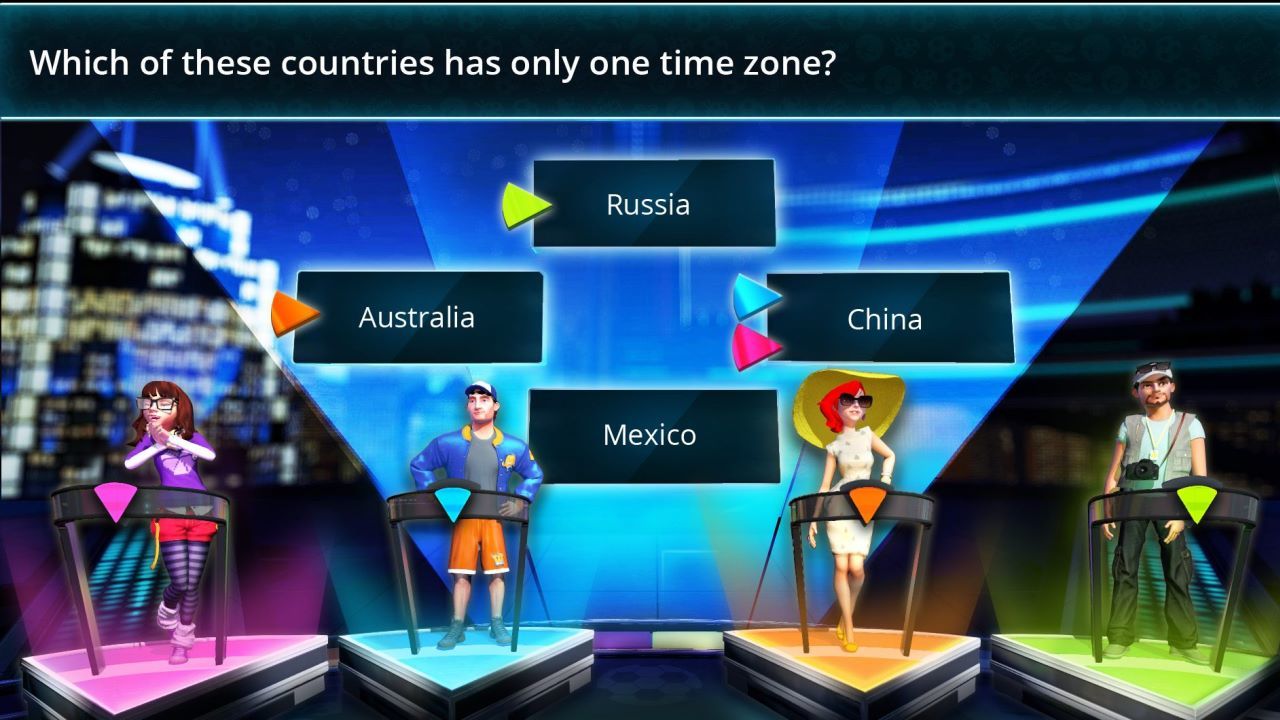 Trivial Pursuit Live! also includes a few different quiz mini-games that keep things fresh even after having spent a few evenings playing it! All of these involve answering questions – of course – but I found a few of them very clever. For example, apart from the usual ones that asks a question and gives you a few seconds to each of the players to answer (pictured above), some of the mini-games really stood out for me.

In one of them (pictured below), you are given five good answers and are asked to place them in a specific order. In this mini-game, you must select the most accurate answer pertaining to the question and must be quick about it because each answer will be locked-out once a player has selected it. Once every player is fired up, this mode is crazy to play! Another mini-game asks a question and displays 16 answers (out of which roughly 10 are valid). Once again, you must answer as fast as possible since the answers lock-out once they are selected. 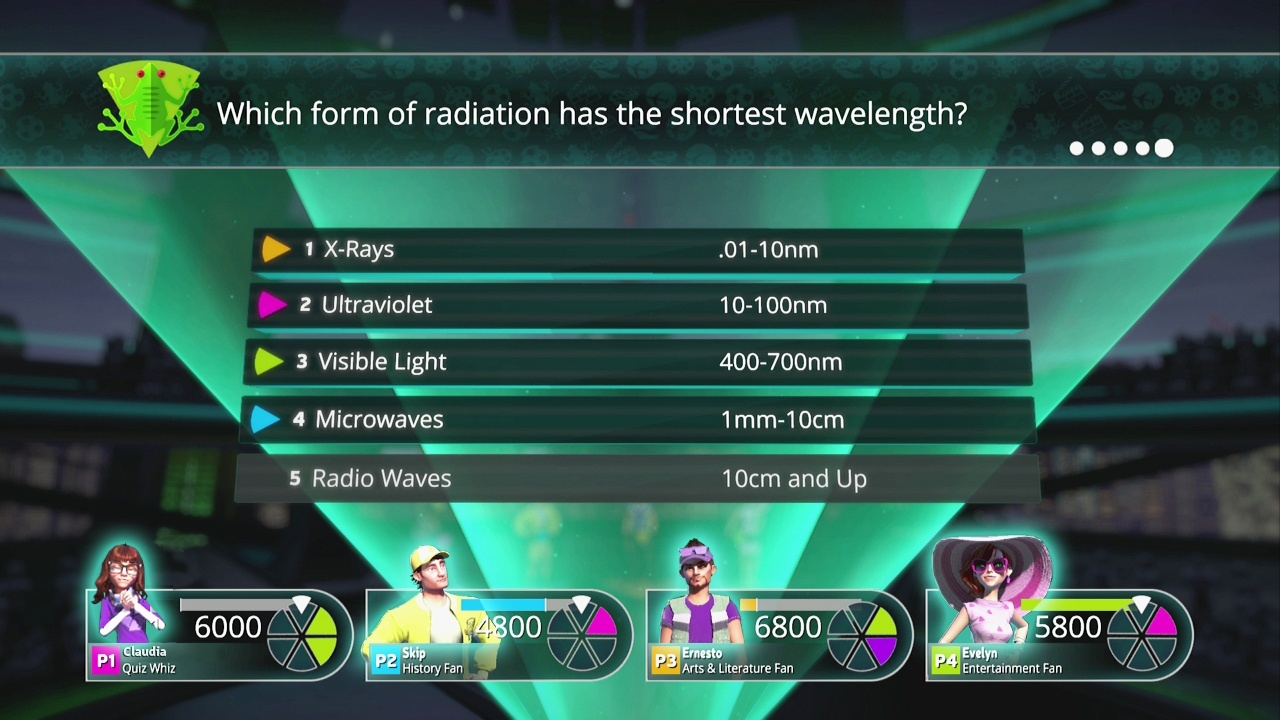 The inclusion of online multiplayer is a really great feature for this game, but sadly not one of its greatest assets (yet). Once you get a friend in the match-making system, the game plays out just as good as if the other player(s) was (were) right next to you, which is awesome. The real issue here is sadly the lack of online players. To give you an idea of how things are right now, I’ve tried to play online during three different evenings, but only succeeded to start a single match even when I waited for a while by myself in the game lobby. This is sad, and I hope that the player base will pick up in the next weeks! Luckily, online players can be replaced by AI players. Playing a trivia game with an AI who randomly knows (or doesn’t!) the answer is an acceptable way to play this game if you can’t find any friends to play with, but this one is definitely great at parties. 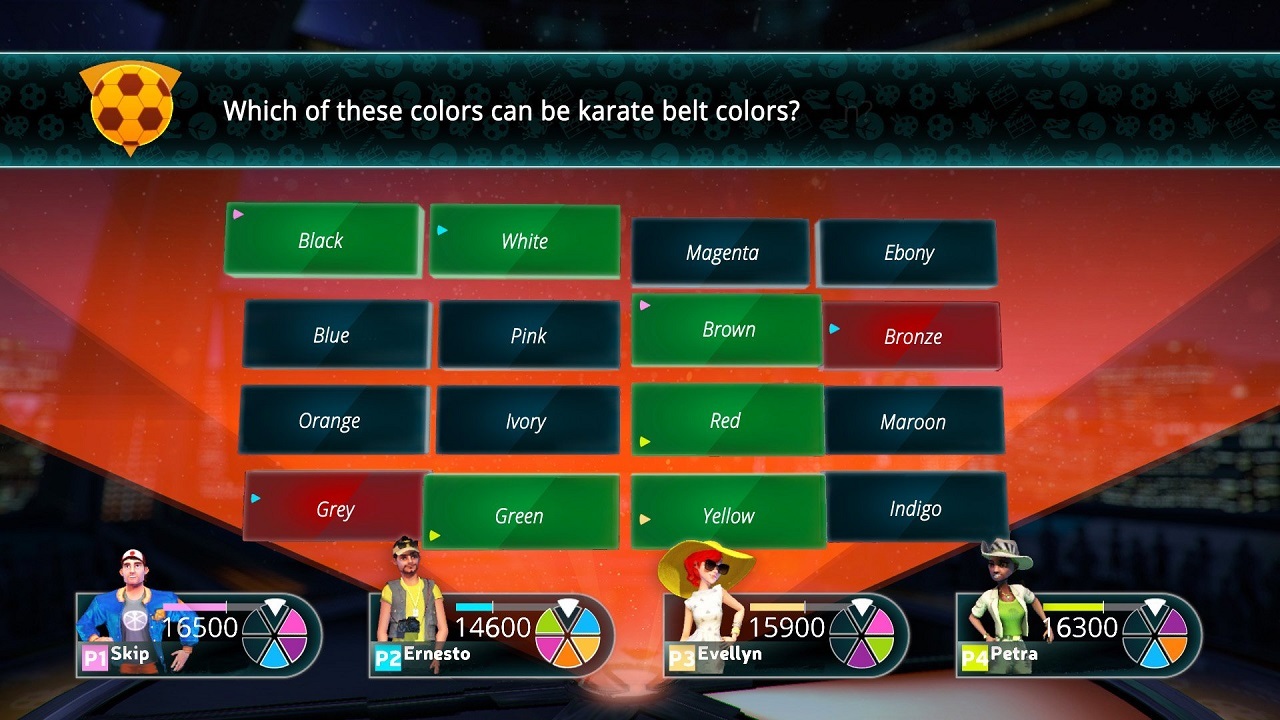 Final Thoughts
In conclusion, Trivial Pursuit Live! has everything you need to make a good quiz/trivia game: a huge list of up-to-date questions, a good variety of mini-games and the possibility to play either with friends in the local game mode, or online with other people (or AI players). For now, it’s sad that the online multiplayer feels so empty, and it’s a shame since it’s a great game.

Are you a fan of Trivial Pursuit or quiz games? Let us know in the comments below!

You can purchase Trivial Pursuit Live! from the PSN.


This review is based on a PS4 digital copy provided by Ubisoft. 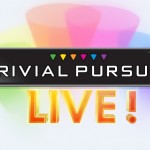 Laughing Jackal to Release Flame Over in March