Never Alone (Kisima Ingitchuna) is the first game developed in collaboration with the Iñupiat, an Alaska Native people. Nearly 40 Alaska Native elders, storytellers and community members contributed to the development of the game. Play as a young Iñupiat girl and an arctic fox as they set out to find the source of the eternal blizzard which threatens the survival of everything they have ever known.

Gather close and I will tell you an unipkaaq, a story that has been passed to me from generations past. I learned this tale from Nasruk many years ago. He told me that that there is great wisdom in the listening for those who are willing to hear. Remember, when you are part of the Iñupiat people, you are never alone (Never Alone).

This is the story of Kunuuksaayuka. The story of an endless blizzard that threatens the survival of our people. A story of a dangerous and cold journey at the top of the world. A story of bravery and true friendship.

Come play my story. You are Girl and Fox, crossing dangerous lands, facing icy peril. Meet fantastic creatures and visit lost villages. Discover the mysteries and beauty of the helping spirits that are hidden in the world around us.

Work together to overcome the challenges and obstacles that Nature, in her fury, will throw against you. Alone you cannot survive. But together you just might – if you can use each other’s strengths wisely and you refuse to surrender to the wind and snow and dangers that stalk the frozen North.

Succeed and you will restore balance to the land. Fail and all will be lost. 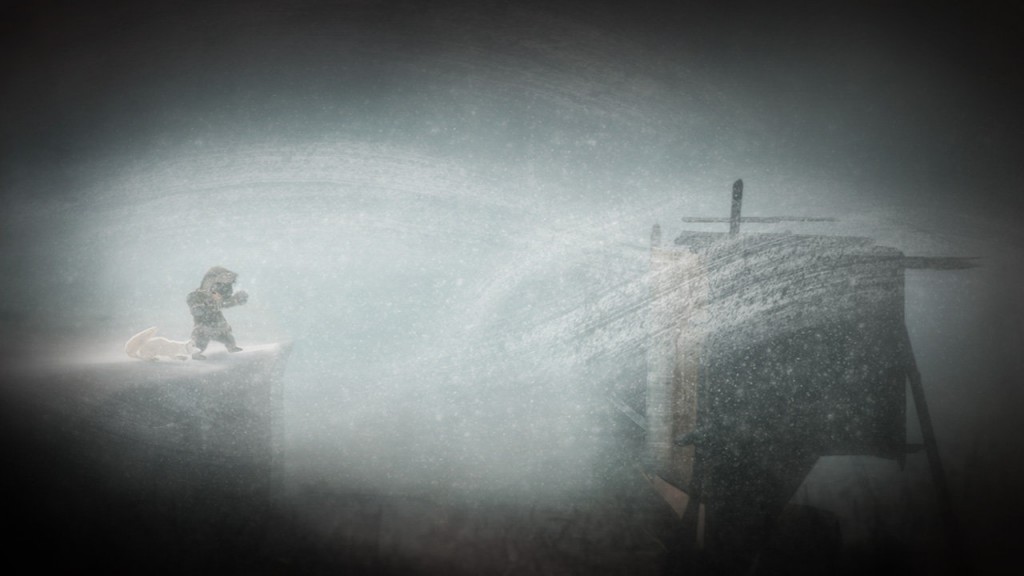 Never Alone (Kisima Innitchuna in the native tongue of the Iñupiat) is an adaptation of a set of stories set deep in the Iñupiat lore. It tells the tale of Nuna, a girl who sets out on a quest to protect her village (and therefore the fellow members of her tribe) from a blizzard like no blizzard before it. This means that most of the game is set in the cold, cold Alaskan weather, but it also means that you’re about to embark on an adventure through some gorgeous settings. 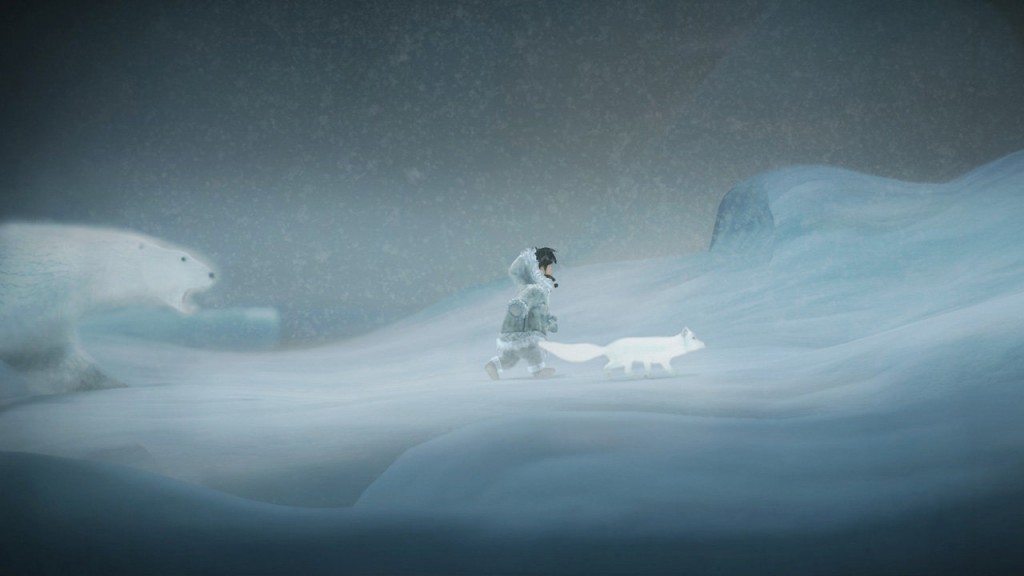 During Nuna’s journey, she will run into several animal spirits, but one in particular will be lured to her side. This particular spirit materializes into a fox (probably due to his nimble, agile and smart nature), and is a crucial ally for Nuna. Players can either decide to control both Nuna and the fox by alternating between one and the other as needed with a simple press of a button, and the CPU will take control of the other as long as a special skill does not need to be activated in order to continue. 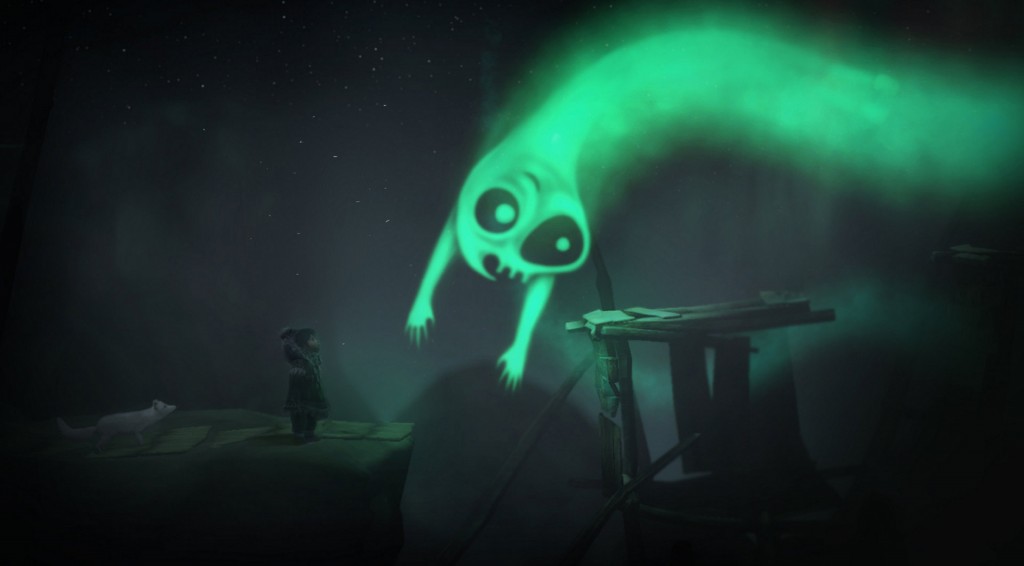 Making Never Alone a 2D platformer was a smart choice since it makes it easier to present things to players both old and new to the genre. Nuna can climb ladders and ropes and will eventually command the Bola, a powerful item that will play a crucial part in her quest. Fox, on the other hand, is small and nimble, making him ideal for quickly climbing otherwise slippery walls, and he can also pass through small spaces. But his most special skill is letting Nuna interact with other animal spirits during her journey, allowing her to, say, miraculously walk over water or climb sky-high.

And it’s not just all fun and games with Never Alone! If you find all the white owls in the game not only will you be rewarded with a trophy, you will also be given something far more valuable: knowledge! High-quality HD videos will give you some insight into all the work that went into creating the game, as well as giving you a small glimpse into the Iñupiat culture thanks to the interviews with several of the members of this Alaskan community. All in all, you’re looking at over 30 minutes of HD video that greatly compliments a solid game. 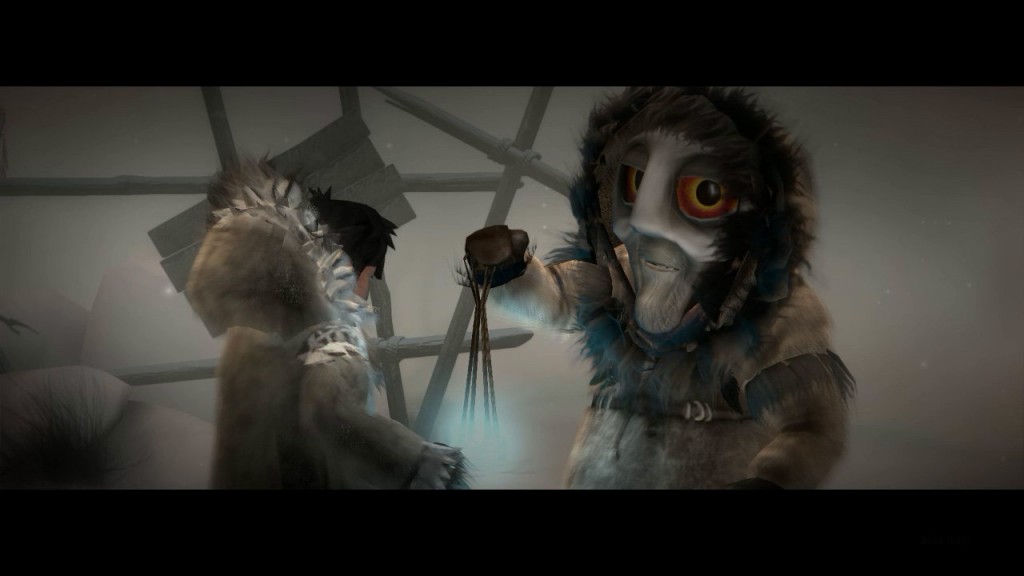 The care and the considerable amount of work shows in the end product. The respect for the source material and how actual elders were considered for their expertise in order to be true to the culture make this a rare type of game that is not only fun (while looking great!), but that is also very educational. After playing Never Alone my curiosity got the best of me, and I’m now trying to learn more about the Iñupiat culture, so kudos to Upper One Games and E-Line Media for releasing this game on PS4. If you own Sony’s latest console, you HAVE to get this game right away since it’s not only an awesome game but also an interesting learning tool. 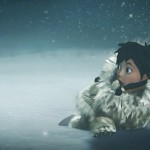 inFAMOUS: First Light and The Swapper – Welcome to the PS+ Instant Game Collection