• Includes the ‘Rise of Dmitry’ and ‘Blood and Ironclads’ add-on campaigns!
• No micro-transactions! Unlock cards by playing the game, not by purchasing them separately.
• Experience unique gameplay, with rapid, simultaneous turns that blend the precision of tactics and card games with the spontaneity of fast-paced strategy games.
• Follow the campaign story through a fully-illustrated, character-driven interactive graphic novel.
• Collect cards as you play through the campaign and build your own decks to crush your foes.
• Play with your friends in the co-op story campaign or against them in skirmish and nemesis modes.

Ironclad Tactics is a new strategy game that puts you into an alternate Civil War timeline where cool robots exist! Like, seriously better robots than we have even today. It’s a grid based game that feels like a cross between Plants vs. Zombies, a tactical RPG, and some Magic the Gathering thrown in for good measure.

Where do you start with a game like this? Let’s talk about the meat of the game itself, the gameplay. For this game, you spend action points while putting cards from your hand onto the battlefield. You place them on the far right lane, and they move on their own, taking on enemies and other obstacles. The cards consist of human troops, ironclad units, parts to equip on ironclads, and tactics. You can have humans soldiers to put down, the mechs that you put into battle, guns and other things to equip to your mechs, and tactics that could have them changing lanes or doing other things on the battlefield. 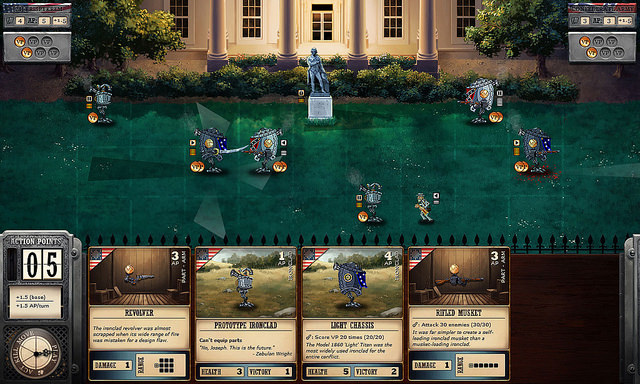 This is an interesting system that the game uses, however it’s also a bit unforgiving and random. The game starts off very simple explaining the battle system by working you through various contrived scenarios very specific to the things you are learning to do. However, after four story missions you are thrown into building your deck of cards without much help. At that point, you then realize the randomized elements of the game as you are being hunted by the opposing forces and you need to pull the right cards and use them in the right way. That brings some of my issues to the forefront with this game. When you get the right cards, it’s great, but it might take you a few tries to get there. There’s also no guide on the best ways to assemble your deck so it can take quite a bit of experimenting to get it right!

One of the really cool things that worked well was the narrative told in a graphic novel format. As a big comic fan, I found that the story was super unique take on things since, as a Canadian, I was not super familiar with the Civil War. I loved the way the characters were drawn, and it reminded me a bit of Penny Arcade. The style helped to present a meaningful story. Not many games can do that, and it’s an interesting medium to throw a digital graphic novel into, but it worked! This is something where they could spin it out on its own and could do well as a printed story. 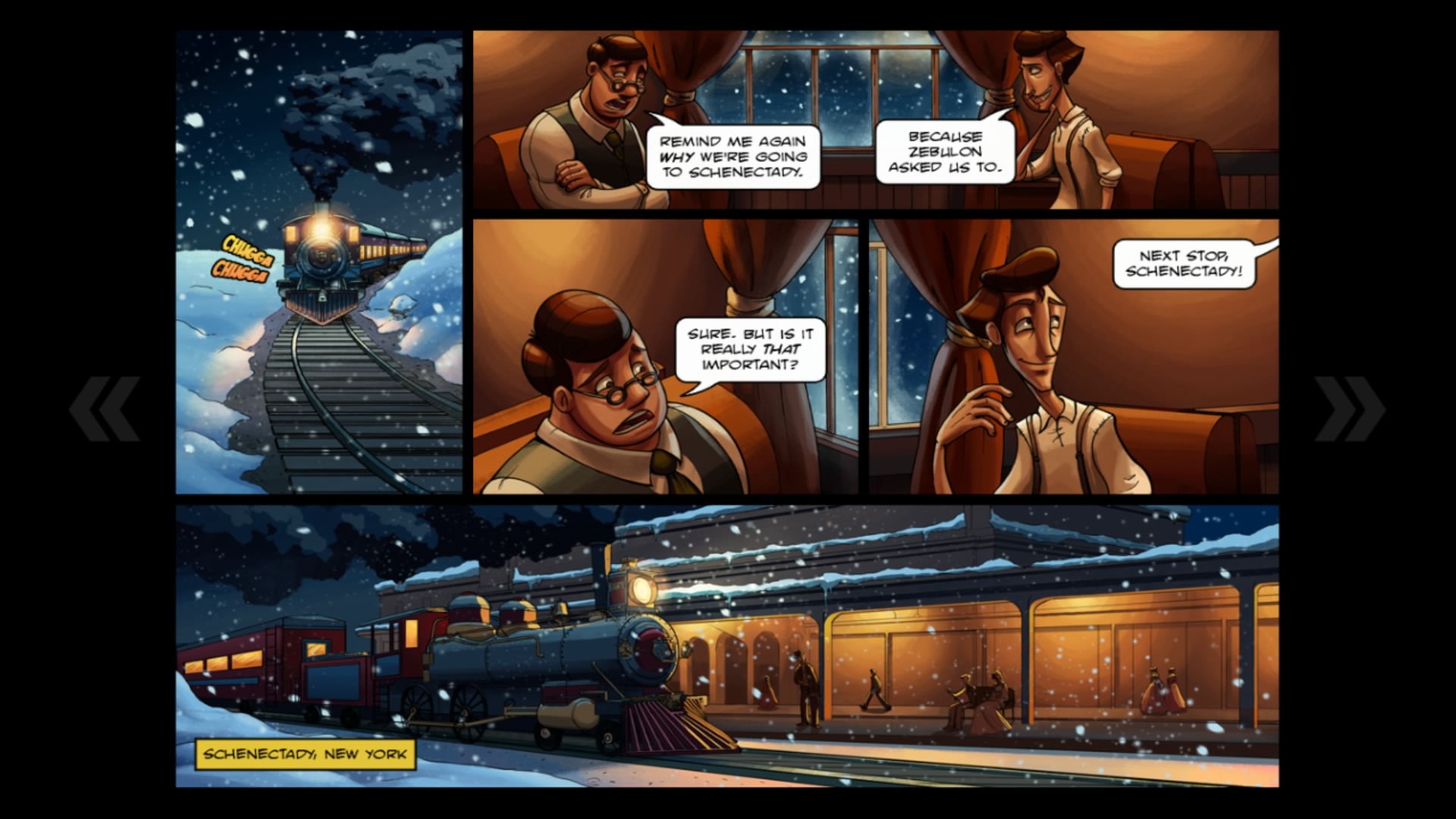 While there was a clear choice to have all the cut scenes look great, at the same time there was a choice to “retro” the graphics on the battlefield, keeping them very simple and not overly complex. It was a good decision as half of your screen is also covered by your card choices. I have played other digital card games including Magic and Hearthstone and, even though the goals are different in the games, I found the control of the deck easier overall over there. But for IronClad Tactics, trial and error plays a bigger role, but you’ll eventually learn the ropes.

The game has 13 trophies including 1 Gold, 2 Silver, and 10 bronzes. Most are awarded as you complete various missions in the story mode or winning with certain battle conditions. There are also some for beating levels and completing the game on the highest difficulty level, which is unlocked once you finish the game once. Not a lot of trophies overall and there were probably opportunities to put more in there, but it’s definitely not a dealer breaker.

Ironclad Tactics is an interesting game that I’m glad I experienced, but in order for me to keep coming back for more, a few changes might be in order. All the pieces are there for a very replayable game with its multiplayer and deck building, so hopefully an update to the game helps to improve it (this type of game usually gets a couple of patches here and there). The story is top notch, and a lot of care was put into it, making it worth playing the game to experience this excellent tale.

This review was based on a digital copy of Ironclad Tactics provided by Zachtronics. 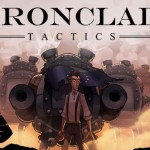 Decent deck building game that gives you a great story