Citizens of Earth is a new game developed by Eden Industries, thanks to the help of a Kickstarter campaign. Even though the game failed to reach its Kickstarter Goal, it did grab the attention of Atlus, who is now publishing the game.

You’ve just been elected as Vice President of the World… So what now? Recruit your friends, your family, and everyone else around town to join your party and fight your battles!

In this modern-day retro-RPG, you have returned home from the campaign trails for a little taxpayer-funded vacation… to find things have gone mad! Only YOU have the charisma it takes to delegate all the dirty work and save the world. So don’t ask what you can do for your countrymen…Ask what your countrymen can do for you!

Citizens of Earth feels like a spiritual successor to Earthbound from way back on the SNES in 1994 (by the way, if you haven’t played Earthbound, you definitely should. It’s actually available on the Wii U virtual console, which is great considering how expensive a physical copy can be).

In Citizens of Earth (COE going forward) you play as the Vice-President of the Earth (Yeah, I’m not sure how that worked either. Just go with it)! It’s your second day in office, and you have woken up in your room at your Mom’s house when everything goes awry. You need to assemble a crack team of people from your town to help save the world, one battle at a time! And yes, the first two party members you get are your Mom and Brother. 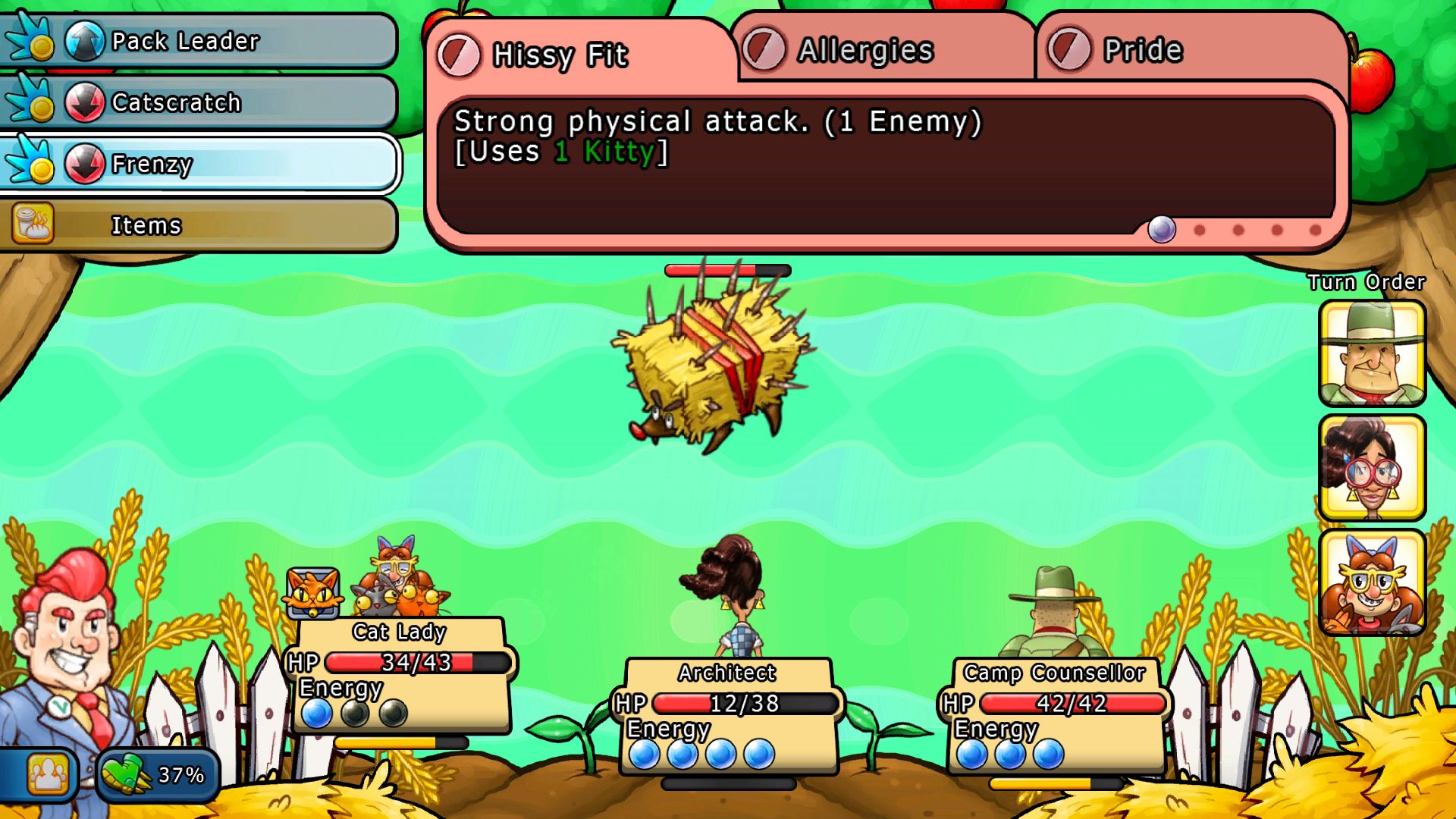 COE is a turn based RPG that takes place in the real world (you can start drawing your own Earthbound comparisons now). After being elected Vice President, you realize there seems to be a conspiracy that you need to stop. You do this by recruiting townsfolk from the city and completing tasks for them. You can have up to 40 different characters recruited, each with their own battle abilities and talents out in the main world. Battles work similar to other RPGs and will remind you of older games like Dragon’s Quest and Earthbound. You have your party of up to 3 characters (you don’t fight… just let other people do the dirty work!) and enemies appear before you.

Each character has a distinct move set that matches their role. The Policewoman has a tear gas ability, your Mother can hug and heal a single character, the School Mascot can cure everyone with a cheer. There are so many unique abilities that you will want to take your time playing as every character and learning their strengths and weaknesses. Every move requires a certain amount of energy, and you might find yourself doing some weaker attacks to save up for a much larger attack in a few moves. It’s a cool system that requires you to think in order to spend your energy points wisely.

There also are talents on the overworld map that you can take advantage o,f including changing the difficulty, weather, or time of the game, or even getting a car and driving around, killing enemies that you drive over in the process. There are definitely several things to do! 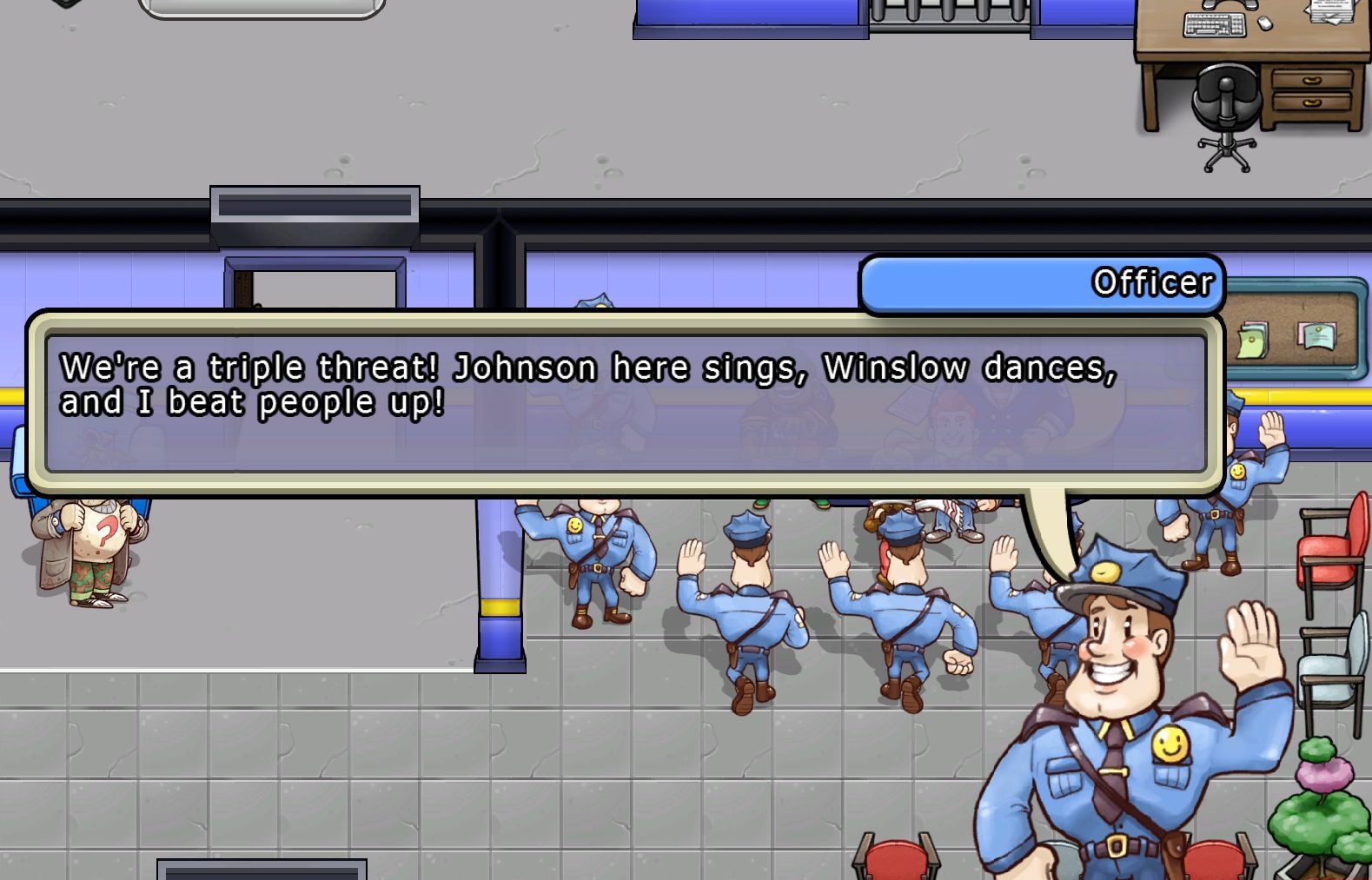 No one will join your party until you help them, which brings us to the recruitment quests. Each character has something specific for you to do for them. Sometimes to get one character, you need other character’s abilities. For instance, to get the Sushi Chef, you need to collect the 5 pieces of shrimp from the ocean. Therefore, you need another character who can take you to the ocean to get said pieces of shrimp. This makes recruitment more like a puzzle, but that is only half of the fun.

All of the enemies are displayed on the world map. You can try to avoid them, but they have a pretty big detection ring around them and will usually come straight for you. If a enemy catches you off guard you will start the battle with lower energy, but if you charge the enemy on the over world map you will start the battle with a boost in energy. Really cool system that pays off for you to be the aggressor in these situations. There are a lot of enemies on the over world, but the game handles that well. Once your team is powerful enough when you go to charge an enemy, if they are no match for you, you will destroy them and get the experience from the fight saving you from playing the match again (another thing that Earthbound did so well). 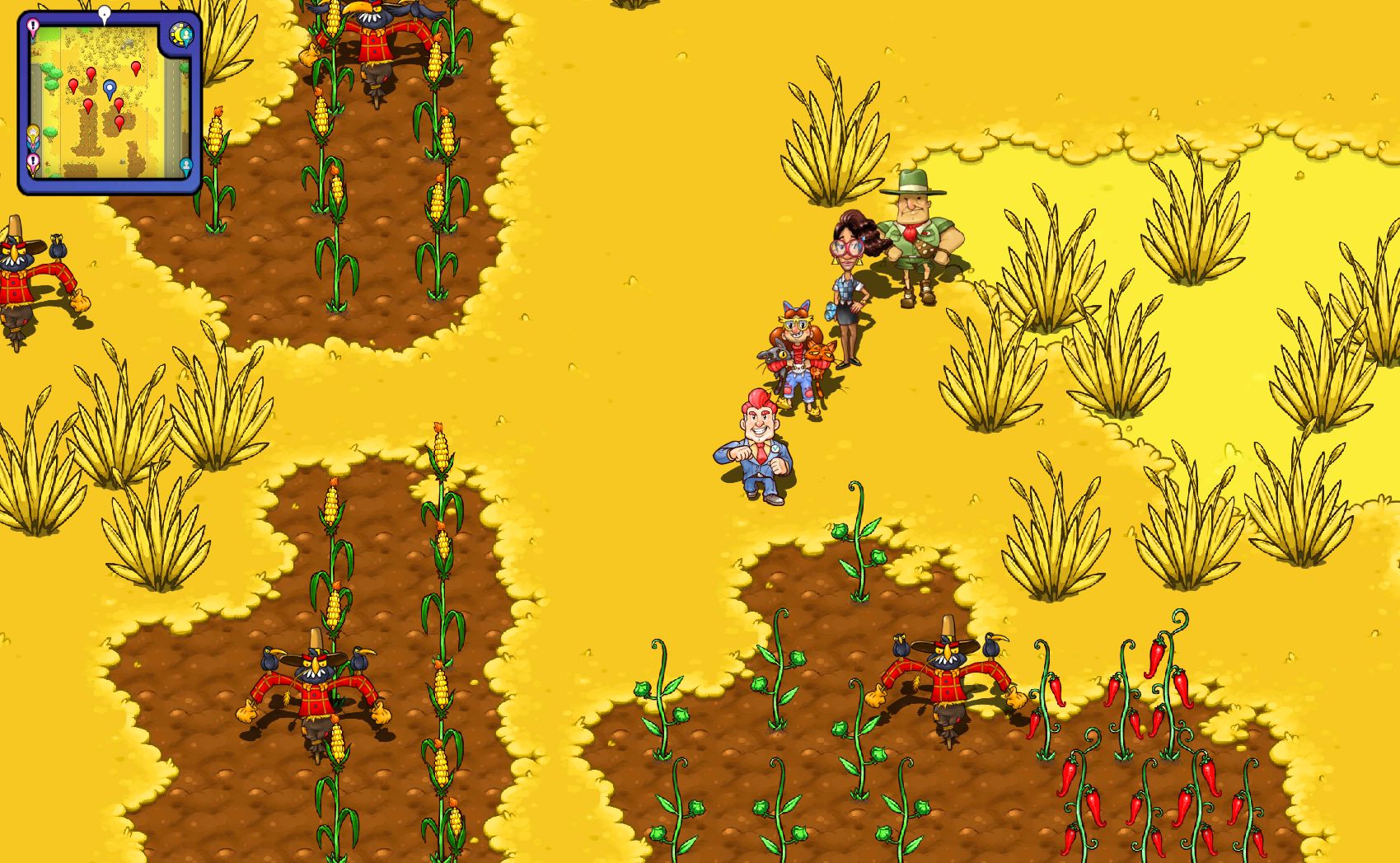 One of the issues I did have was getting lost. There is a small map in the top corner of your screen and you can view a larger version on your tablet, but it got very confusing very quickly about where my next goals and objectives were. It took some wandering around and usually I would find it, but it shouldn’t be by accident that I am finding out how to proceed forward.

The game has awesome character design for all of the townspeople and enemies. They all have a very strong comic vibe with each having their own unique feel. From the Crazy Cat lady, to the Lifeguard, the Ship Captain, and even your Mother. Each one has a very distinctive look and you can tell a tremendous amount of time when into the game’s development. The sound on the other hand is something that could use a little more work. When your characters are attacking they make one or two regular battle cries and they repeat themselves considerably. At first I thought it was cute, however people in the same room started to get annoyed, and even my 4 year old was repeating them. I liked the distinctive voices, but it would have been great to see some more variety in battles as you spend a large chunk of your time there. 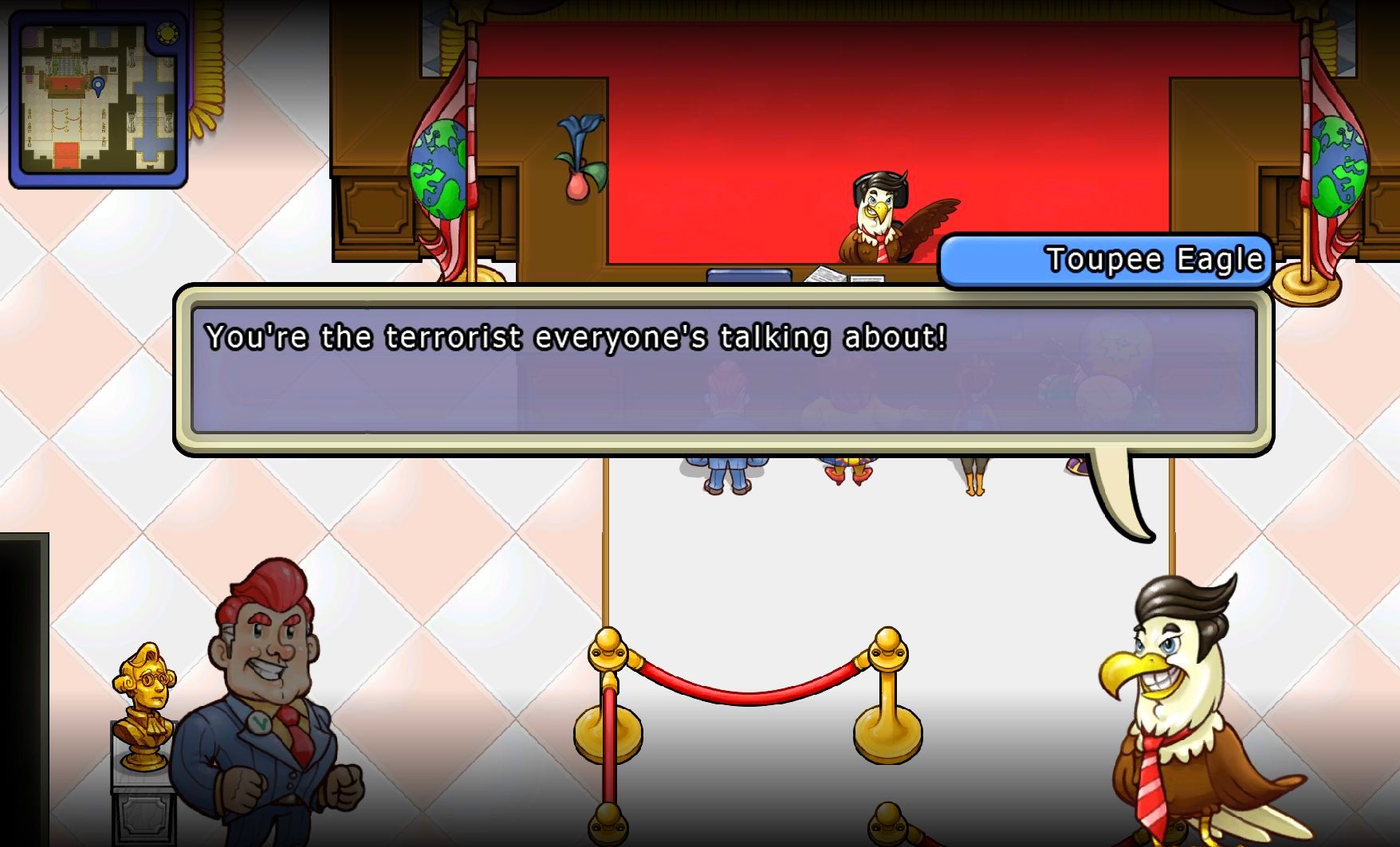 The game has only 10 trophies – No platinum :(. There are 2 gold, 1 silver and 7 Bronze trophies. The trophies are pretty standard, however it would have been great to see a few more for chapter completion purposes. With the large campaign the game does provide there were definitely other opportunities to put some more trophies in the game.

Citizens of Earth is an inspired RPG liberally taking some inspiration from Earthbound and I wouldn’t have had it any other way. The game is fun, maybe a little to repetitive, but still fun game. If you’re fan of Earthbound, then this would be right up your alley. If you never played it but wanted to then this is an awesome experience. (Seriously if you haven’t played Earthbound then get it on the Wii U eshop and play it after this one). Give Citizen’s of Earth a chance because it will likely knock your socks off. 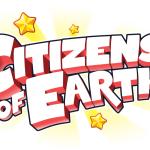 Great RPG with some Old-School Throwbacks

Enjoy a 10% discount at the PS Store!